That was the message shared by panelists, including a commissioner at the FCC, speaking at a session on Tuesday at the Technology Policy Institute's annual forum here.

For example, the panelists -- which also include two economists, a cable industry lobbyist and the former director of the National Broadband Plan -- applauded efforts to bring greater economic efficiency to telecom network construction through a system known as a "reverse auction."

They also supported efforts to promote broadband adoption by providing income-based vouchers for the purpose of internet services.

But decisions about the allocation of funds within the USF -- and the key question of how the fund is to be paid for -- remain political hot potatoes. 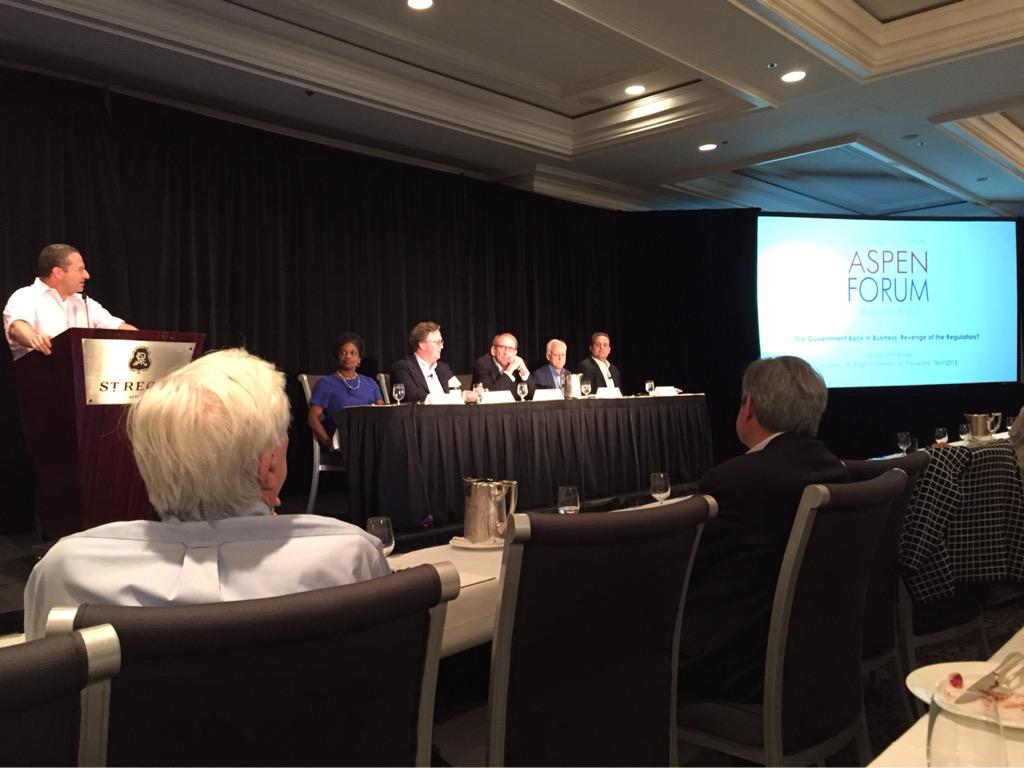 "The electorate will decide the right size" of the USF, said Blair Levin, former director of the FCC broadband plan, referring to the 2016 presidential vote. Levin is currently executive director of Gig.U and a senior fellow at the Brookings Institution.

"Let's put aside, for now, the question of the budget" and whether fees should be levied on internet connections to pay for the USF, said Levin. Putting that issue aside would allow the FCC to design the best policy, irrespective of how large the fund ultimately will be.

Over the past five years, each of the four main components of the universal service fund have undergone an overhaul. First was the "high-cost fund," the largest component of the USF, which became the Connect America Fund and the Mobility Fund.

These changes include the implementation of a "reverse auction," in which the FCC promises to support rural broadband providers based on the bidder who offers to provide broadband at the lowest cost.

The other three components of the USF are the eRate for schools and libraries -- changed last year by FCC decisions in July and December – plus the health care and telemedicine fund, and the Lifeline program for low-income connectivity.

Much of Tuesday's panel discussion, titled ""Universal Service: Towards Broadband, Efficiency and Equity," revolved around the Lifeline program, which is currently being reviewed and potential modified by the agency.

Until the changes over the past five years, universal service monies could not be used directly on expenditures for broadband. That remains the case with Lifeline; although FCC Chairman Tom Wheeler has proposed changing that.

Two economists participating on the panel said that Lifeline has become an income-redistributing effort instead of a program ensuring greater access for low-income individuals.

"A lot of the money from the Lifeline program goes to households that would subscribe to telephone service even if there were no subsidy," said Bradley Wimmer, an economics professor at the University of Nevada at Las Vegas.

Clyburn pushed back on that point.

Speaking about low-income individuals, she said that "people want to communicate, and they will make sacrifices to do so. Should they make the tradeoffs they are making to be able to communicate?"

Additionally, Clyburn said, 44 percent of those who are low-income end up having their smart phones disconnected because of economic hardships.

However, all of the panelists supported efforts to use vouchers to move the Lifeline program in a direction of allowing low-income consumers greater communications choices.

The four of USF programs are funded by a 17 percent fee on telephone communications, a number that is adjusted for cell phone users. Currently, broadband connections are not subject to the fee, but that might change.

When Congress put legislation in place to limit taxes and fees on internet connections in the 1990s, demand for such services were not "inelastic." That economics term refers to goods, like automobile fuel, that consumers tend to purchase irrespective of how the price changes.

"Now, they are relatively inelastically demanded," said Gregory Rosston, deputy director of the Stanford Institute for Economic Policy Research. That means that, over the past two decades, consumers have come to regard broadband as more of a necessity.

But James Assey, executive vice president of the National Cable and Telecommunications Association, countered: "At a time we want to promote broadband, why impose additional costs on broadband bills?"

Although most cable companies have not been eligible for universal service funds, Assey said that could change as FCC updates its traditional rules around the Connect America Fund and Lifeline.

Assay also said that cable companies have been among the most active in promoting connectivity through efforts like Comcast's Internet Essentials. Initiatives designed to spur greater broadband adoption were required of Comcast, the largest cable provider, as part of conditions attached to approval of its merger with NBC Universal.

Levin said that the debate about the USF suffered from a "penny-wise, pound-foolish" mentality. "How much more efficient would government be if it knew that everyone was online?"

Being able to reconfigure government systems and make them almost-exclusively online could end up saving billions, if not tens of billions of dollars every year, he said.