Editor’s Note: This press release, issued earlier this evening, is reprinted here as a public service by BroadbandCensus.com. Broadband Census Data LLC is a memer of the U.S. Broadband Coalition, and Executive Director Drew Clark serves as co-chair of the Metrics Working Group, with Rob Atkinson, President of the Information Technology and Innovation Foundation. For more information about the news and data operations of BroadbandCensus.com, please see below.

WASHINGTON, September 23, 2009 – The U.S. Broadband Coalition, an unprecedented coalition of more than 160 organizations pressing for a comprehensive national broadband strategy, announced the release of its report at the Federal Communications Commission on Thursday, September 24, 2009.

The “Report of the U.S. Broadband Coalition on a National Broadband Strategy,” to be released at 9 a.m. in the main commission meeting room of the FCC, is the culmination of more than 18 months’ of effort to coalesce a wide variety of views into a single document.

The report could serve as a building block for the Federal Communications Commission’s National Broadband Task Force. The agency is charged with preparing a national broadband plan by February 17, 2009.

The coalition sought consensus on the need for, and details of, the national broadband plan.

“At the time we began this effort in early 2008, very few groups were calling for a national broadband strategy,” reads the report. “Many of the current members of the Coalition were not convinced that such a strategy was necessary, and those that were did not necessarily agree on its basic elements.”

The 49-page report unveiled on Thursday includes concrete suggestions on the opportunities that universal broadband creates for America and the goals of a national broadband plan.

It also includes policy options to stimulate adoption and use of high-speed internet services, enhance availability, and foster accountability and measure progress.

“We’ve come a long way in the last 18 months, and there’s no limit to what we can achieve if we continue to talk to each other in a spirit of common purpose and mutual respect,” said Jim Baller, President of the U.S. Broadband Coalition and Senior Principal of the Baller Herbst Law Group.

“As a nation, we have a history of investing in our basic infrastructure: railroads, highways, telephone, and electricity,” said Ken Peres, Vice President of the U.S. Broadband Coalition, and President of the Alliance for Public Technology and Economist with the Communications Workers of America. “Now it is the 21st Century, and our basic infrastructure is broadband.”

Connected Nation and BroadbandCensus.com to Debate in New Orleans

ILSR and the National Digital Inclusion Alliance team up for two-hour livestream event on March 16 from 2-4 p.m. ET 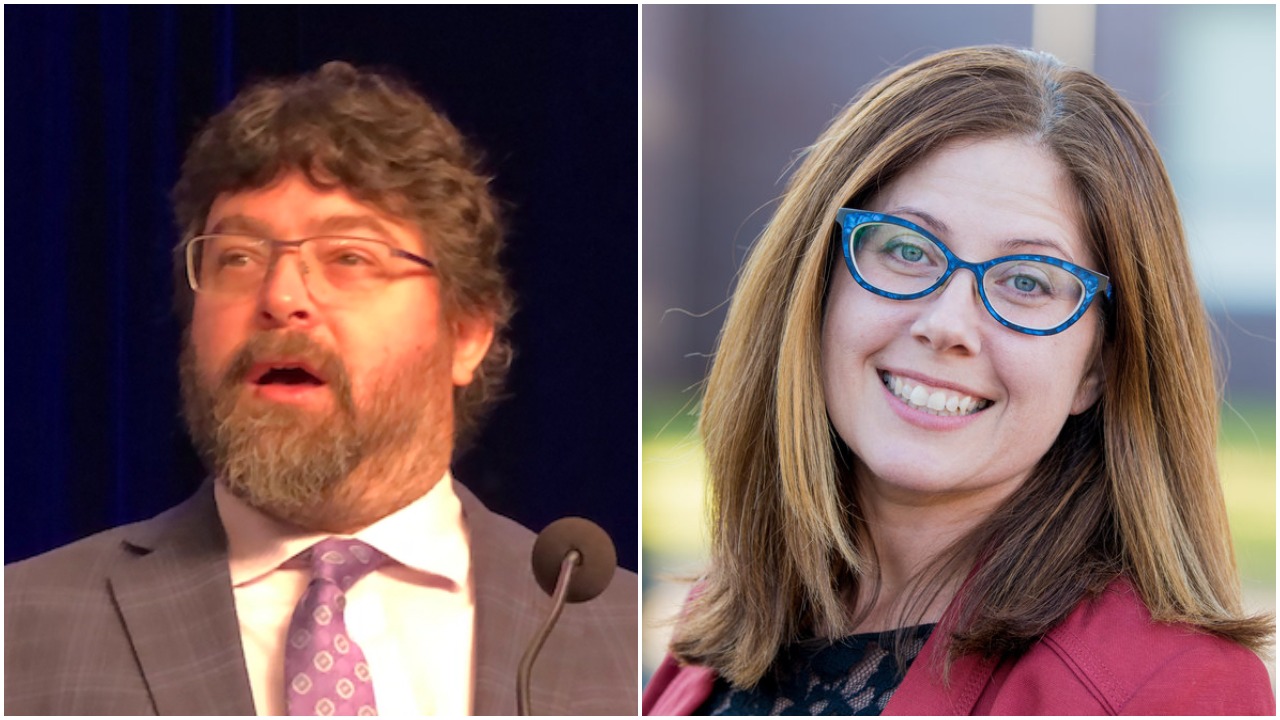 This press release is authored by the Institute for Local Self Reliance's Community Networks Project led by Christopher Mitchell, and NTIA's Angela Siefer

We’re living through a time with an unprecedented level of broadband infrastructure funding, fueled not only by the American Rescue Plan, but the Consolidated Appropriations Act, the Coronavirus Capital Projects Fund, and the Infrastructure Investment and Jobs Act. Hundreds of community-driven projects are already underway, but finding solid footing amidst these programs, statutes, and evolving rules is difficult.

To help, the Institute for Local Self-Reliance is teaming up with the National Digital Inclusion Alliance for a two-hour livestream event to demystify the landscape. On Wednesday, March 16th, from 2-4pm ET, we’re hosting an online conversation to bring together local stakeholders, policy advocates, and funding experts in one place. We’re calling it Building for Digital Equity: Demystifying Broadband Policy and Funding.

But this isn’t your average conference or webinar, with 45-minute panels that make your butt go numb and your eyes glaze over. Oh no. We’re aiming for a fast-paced, fun, and most importantly interactive conversation between policy advocates, network builders, local officials, and anyone else interested in learning how we can ensure that the tens of billions in upcoming infrastructure funding goes to solving the connectivity crisis permanently rather than once again disappearing into the pockets of the monopoly Internet Service Providers (ISPs).

The event will feature a mixture of short presentations, panels with Q and A across a bunch of different platforms (so you can watch wherever you want), and trivia with prizes.

You can register for the event here.

Fun trivia questions will be asked of attendees throughout the event and we will close out with a trivia wrap-up and prize give away before the grand finale that will allow attendees to pepper Chris and Angela Siefer, Executive Director of the National Digital Inclusion Alliance, with lingering questions or thoughts.

You can register for the event here.

Editor’s note: This press release was originally published on Muninetworks.org on February 15, 2022, and was supplemented on March 2, 2022.

NTIA and RUS Chiefs, Plus FCC and Treasury Officials, to Speak at Broadband Breakfast for Lunch Events

NTIA Administrator Alan Davidson and other top broadband officials have agreed to speak at Broadband Breakfast for Lunch Events. 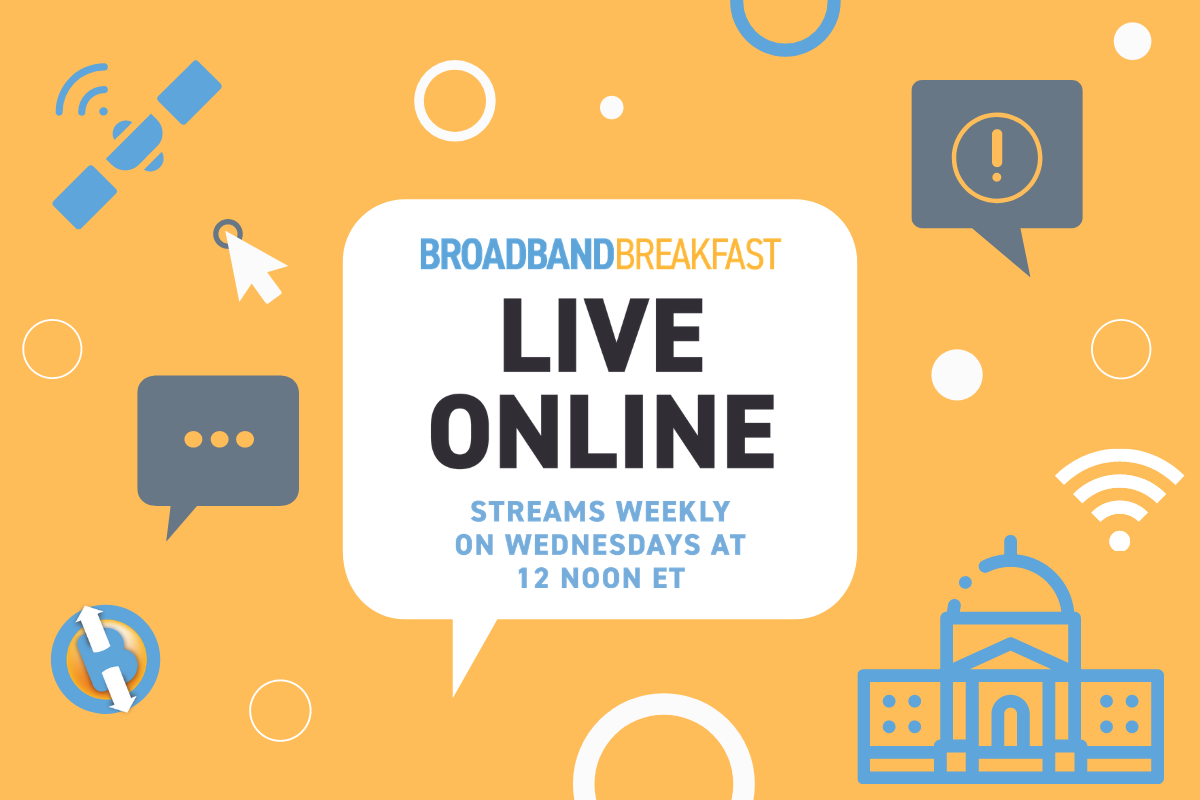 Bookmark the Broadband Breakfast Live Online event page (it’s also at https://broadbandbreakfast.com/bblo for short), to always find details for the next events in the series. They take place on Wednesdays at 12 Noon ET.

“Right now the world of broadband enthusiasts, in Washington and around the country, are laser-focused on implementation of the Infrastructure Investment and Jobs Act, and Broadband Breakfast is as well,” said Drew Clark, CEO of Breakfast Media LLC, which publishes Broadband Breakfast and hosts its news coverage on broadband policy and internet technology.

Broadband Breakfast Live Online is a free event and it takes place every Wednesday at 12 Noon ET, and lasts for one hour. Individuals are welcome to sign up and participate from wherever they are located.

There are two ways to participate in Broadband Breakfast for Lunch events: IN PERSON or LIVE ONLINE. To attend IN PERSON, sign up to attend in person through Eventbrite. Please arrive for lunch at Clyde’s of Gallery Place, 707 7th Street NW, Washington, D.C., by 11:30 a.m. to be seated for lunch. The program will begin promptly at 12 Noon ET.

Closely focusing on the Infrastructure Investment and Jobs Act

“In closely focusing on IIJA and bringing together the top policy-makers at NTIA, USDA, FCC and the Treasury Department, Broadband Breakfast is doing what it does best: Building a big tent approach to getting better broadband, better lives,” said Clark. “We aim to connect and enlighten with timely, topical and smart events.”

At the March 9 event, which is co-hosted with Broadband.Money, Broadband Breakfast for Lunch will include a discussion of how to prepare for the Infrastructure Investment and Jobs Act’s Broadband Equity, Access and Deployment Program, featuring Edyael Casaperalta of the U.S. Department of Agriculture’s Rural Utilities Service. Discussion will tackle what actions the federal government, states and infrastructure builders should take to ready for the years of infrastructure projects that this investment will bring.

The March 16 Broadband Breakfast Live Online discussion will take place live from WISPAmerica, the spring show of the Wireless Internet Service Providers Association in New Orleans. It will feature a discussion about whether local wireless internet service providers should “overbuild themselves.”

The March 23 event will examine competition in the markets of social media and big tech and evaluate the American Innovation and Choice Online Act that is currently being considered by policymakers in Congress.

The March 30 event, in advance of Earth Day, environmental policy stakeholders will enter a conversation on how technology can help the environment amid ongoing climate concerns said to threaten humans in the future.

The event on April 6 will continue Broadband Breakfast Live Online’s discussion of broadband mapping and data that previously checked in on mapping efforts in several states around the country. This time the focus will be drawn inside the home – looking at how local service providers are working to improve customers’ connectivity once internet service reaches the walls of their dwellings through advancements in router technology and recommendations to optimize user experience.

Broadband Breakfast for Lunch on April 13 will continue consideration of key features in the Infrastructure Investment and Jobs Act as we look at the bill’s proposed middle-mile infrastructure programs and the National Telecommunications and Information Administration’s execution of the programs through an intimate fireside chat.

Although Broadband Breakfast Live Online programs are subject to change to accomodate breaking news events, the next eight weeks of events include:

Seal of the Federal Communications Commission

Adjustments Made in Light of COVID-19 Pandemic

WASHINGTON, March 25, 2020—The Federal Communications Commission today announced schedule changes for Auction 105 as well as the postponement of Auction 106.
Given the COVID-19 pandemic, these changes were deemed necessary in order to protect the health and safety of Commission staff and to allow parties additional time to prepare to
participate in Auctions 105 and 106.

“Many Americans have had to make tough decisions on how they do business in this rapidly changing environment, and the FCC is no different,” said agency Chairman Ajit Pai. “After consulting agency staff within the relevant Bureaus and Offices, we determined that it was in everyone’s best interest to make these changes. But we remain committed to holding the 3.5 GHz auction this summer and look forward to beginning this important mid-band auction in July.”

Bidding will begin on July 23. Interested parties should continue to monitor the Auction 105 website at www.fcc.gov/auction/105 for any future announcements regarding the auction schedule and other important auction information. To read the Auction 105 Public Notice, visit https://go.usa.gov/xdhf4.

The FCC is postponing indefinitely Auction 106, an auction of construction permits in the FM broadcast service that was scheduled to begin on April 28. Auction 106 applicants that
submitted upfront payments may obtain a refund of those deposits after submitting a written request. Additional processes are outlined in today’s Public Notice. A revised schedule will
be announced in a future public notice. To read the Auction 106 Public Notice, visit https://go.usa.gov/xdhfZ.