WASHINGTON, October 22, 2009 – The Federal Communications Commission on Thursday approved controversial proposed rules governing internet access during its monthly public meeting. Commissioners on all sides of the debate stressed the importance of having an open internet, and in engaging in constructive dialogue on the issue going forward.

The move marked the beginning of a formal phase of regulating internet access. Although the FCC in August 2005 adopted a policy statement pledging fidelity to four Net neutrality principles, such a policy was never binding upon all broadband providers.

FCC Chairman Julius Genachowski, a supporter of Net neutrality efforts for some time, noted that the FCC has been addressing open internet questions since 2005.

“[W]e face the dangerous combination of an uncertain legal framework with ongoing as well as emerging challenges to a free and open Internet,” he said.” Given the potentially huge consequences of having the open Internet diminished through inaction, the time is now to move forward with consideration of fair and reasonable rules of the road, rules that would be enforceable and implemented on a case-by-case basis,” he said.

Republican Commissioners Robert McDowell and Meredith Attwell Baker both expressed skepticism about the need for regulation.

During the meeting, Genachowski announced the development of a Technical Advisory Process to be launched by Julie Knapp, chief of the FCC Office of Engineering and Technology, to make sure engineering principles – and not politics – inform answers to technical questions.

The proposed rules also hold that providers cannot prevent users from running lawful applications or services. The agency said it is seeking comment on how it should address internet protocol-based offerings provided over networks used for broadband. Comments on the proposed rules are due on January 14 and reply comments on March 5.

Wireless association CTIA said Thursday that it was pleased the Commission will investigate how the proposed rules should apply to the mobile wireless broadband platform. It also noted that “the imposition of net neutrality rules will degrade the value of unencumbered licenses purchased in the most recent auctions and threaten the integrity of the auction process.”

Barbara Esbin, a senior fellow at The Progress & Freedom Foundation, said she is concerned that “the FCC is poised to take intrusive action into a well-functioning Internet ecosystem without either the demonstrated need or clear legal authority to do so.”

Gigi Sohn, president of Public Knowledge, said, “We are concerned about how the commission addresses the issues surrounding copyright enforcement. In particular, we do not believe copyright holders have the right to demand filtering of everyone’s network traffic, which would violate privacy and free speech rights of everyone online. We are also concerned about the definition and operation of managed services.”

The FCC also received praise from a number of groups, such as the Open Internet Coalition, for its diligent work to preserve Internet freedom. 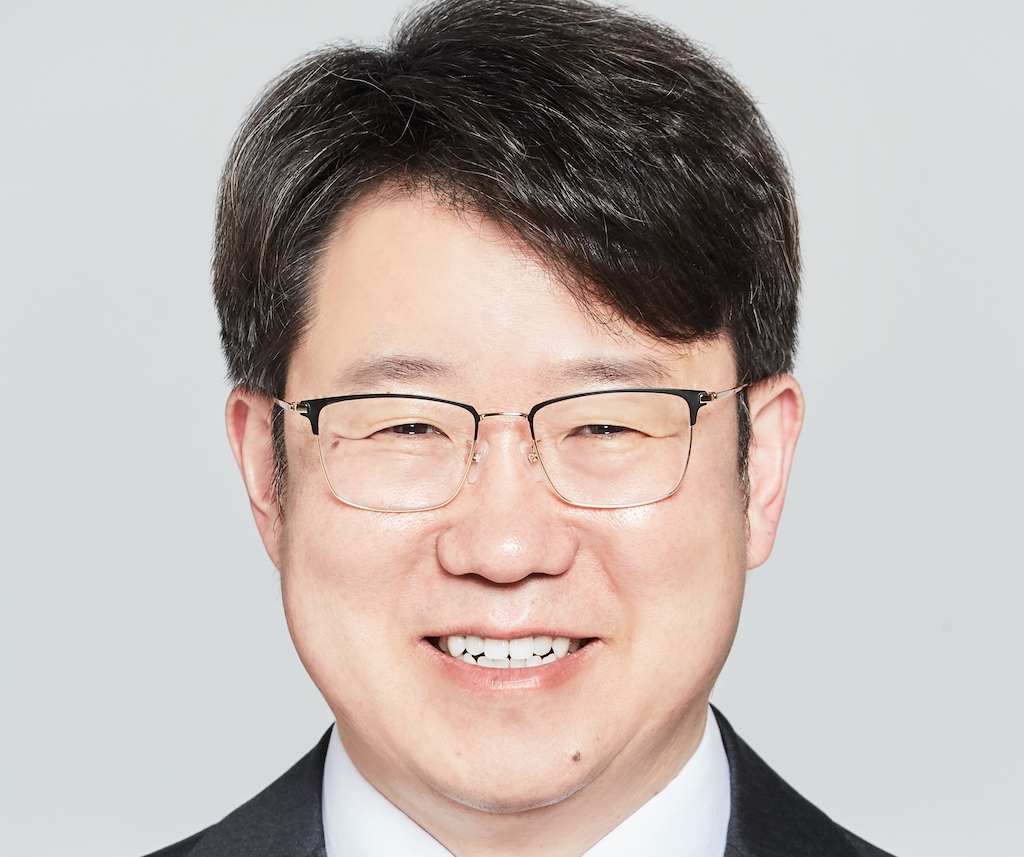 The author of this Expert Opinion is Advisor in Dae-Keun Cho, a member of the telecom, media and technology practice team at Lee & Ko.

South Korea is recognized as a leading broadband nation for network access, use and skills by the International Telecommunications Union and the Organisation for Economic Co-operation and Development.

South Korea exports content and produces platforms which compete with leading tech platforms from the US and China. Yet few know and understand the important elements of South Korean broadband policy, particularly its unique interconnection and cost recovery regime.

For example, most Western observers mischaracterize the relationship between broadband providers and content providers as a termination regime. There is no such concept in the South Korean broadband market. Content providers which want to connect to a broadband network pay an “access fee” like any other user.

International policy observers are paying attention to the IP interconnection system of IP powerhouse Korea and the lawsuit between SK Broadband (SKB) and Netflix. There are two important subjects. The first is the history and major regulations relating to internet protocol interconnection in South Korea. Regulating IP interconnection between internet service providers is considered a rare case overseas, and I explain why the Korean government adopted such a policy and how the policy has been developed and what it has accomplished.

The second subject is the issues over network usage fees between ISPs and content providers and the pros and cons. The author discusses issues that came to the surface during the legal proceedings between SKB and Netflix in the form of questions and answers. The following issues were identified during the process.

First, what Korean ISPs demand from global big tech companies is an access fee, not a termination fee. The termination fee does not exist in the broadband market, only in the market between ISPs.

For example, Netflix’s Open Connect Appliance is a content delivery network. To deliver its content to end users in Korea, Netflix must purchase connectivity from a Korean ISP. The dispute arises because Netflix refuses to pay this connectivity fee. Charging CPs in the sending party network pay method, as discussed in Europe, suggests that the CPs already paid access fees to the originating ISPs and should thus pay the termination fee for their traffic delivery to the terminating ISPs. However in Korea, it is only access fees that CPs (also CDNs) pay ISPs.

In South Korea, IP interconnection between content providers and internet service providers is subject to negotiation

Second, although the IP interconnection between Korean ISPs is included in regulations, transactions between CPs and ISPs are still subject to negotiation. In Korea, a CP (including CDN) is a purchaser which pays a fee to a telecommunications service provider called an ISP and purchases a public internet network connection service, because the CP’s legal status is a “user” under the Telecommunications Business Act. Currently, a CP negotiates with an ISP and signs a contract setting out connection conditions and rates.

South Korean courts have rejected attempts to mix net neutrality arguments into payment disputes. The principle of net neutrality applies between the ISP and the consumer, e.g. the practice of blocking, throttling and paid prioritization (fast lane).

In South Korea, ISPs do not prioritize a specific CP’s traffic over other CP’s because they receive fees from the specific CP. To comply with the net neutrality principle, all ISPs in South Korea act on a first-in, first-out basis. That is, the ISP does not perform traffic management for specific CP traffic for various reasons (such as competition, money etc.). The Korean court did not accept the Netflix’s argument about net neutrality because SKB did not engage in traffic management.

There is no violation of net neutrality in the transaction between Netflix and SKB. There is no action by SKB to block or throttle the CP’s traffic (in this case, Netflix). In addition, SKB does not undertake any traffic management action to deliver the traffic of Netflix to the end user faster than other CPs in exchange for an additional fee from Netflix.

Therefore, the access fee that Korean ISPs request from CPs does not create a net neutrality problem.

Why the Korean model is not double billing

Korean law allows for access to broadband networks for all parties provided an access fee is paid. Foreign content providers incorrectly describe this as a double payment. That would mean that an end user is paying for the access of another party. There is no such notion. Each party pays for the requisite connectivity of the individual connection, nothing more. Each user pays for its own purpose, whether it is a human subscriber, a CP, or a CDN. No one user pays for the connectivity of another.

Dae-Keun Cho, PhD is is a member of the Telecom, Media and Technology practice team at Lee & Ko. He is a regulatory policy expert with more than 20 years of experience in telecommunications and ICT regulatory policies who also advises clients on online platform regulation policies, telecommunications competition policies, ICT user protection policies, and personal information protection. He earned a Ph.D. in Public Administration from the Graduate School of Public Administration in Seoul National University. This piece is reprinted with permission.

If Sohn is sworn in, it would break the FCC’s party deadlock and allow the Democrats to potentially bring back net neutrality. 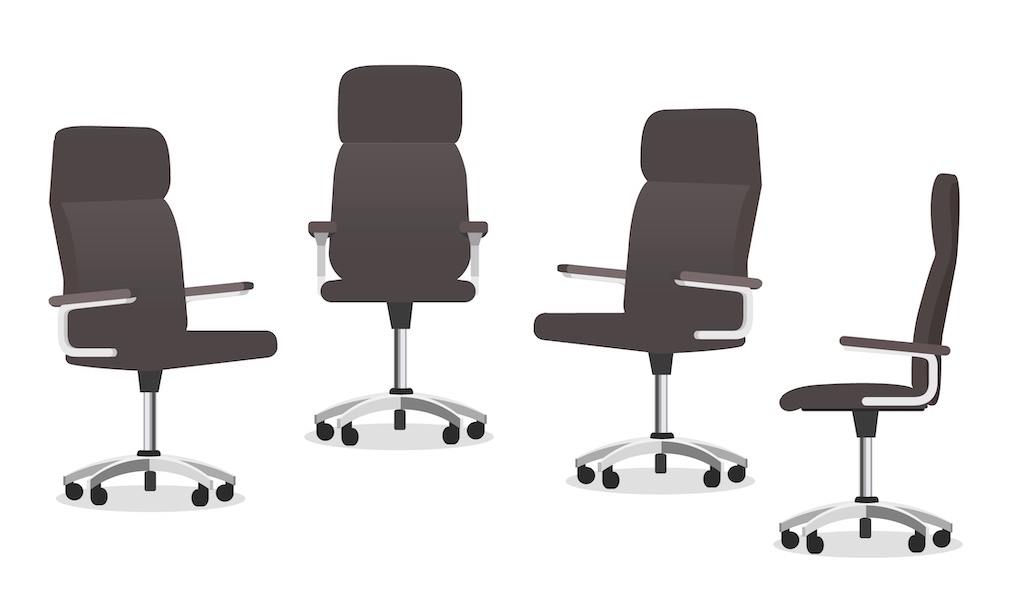 November’s midterm elections saw the Democrats hold on to power in the Senate, where executive and judicial appointments are confirmed. But Democrats also held to power in the previous term, yet the upper chamber did not hold votes on the prospective fifth commissioner of the Federal Communications Commission, Democrat Gigi Sohn.

Sohn, who was nominated by President Joe Biden in October 2021, has been in a bit of a political purgatory since making it through the Senate commerce committee in March. Former FCC commissioners were concerned about her prospects of making it to Senate votes before the midterms, with the lingering possibility that the Republicans would win the chamber and nuke her nomination over concerns that she would not be able to remain non-partisan on the issues the FCC addresses.

‘Our founders provided Congress with legislative authority to ensure lawmaking is done by elected officials, not unaccountable bureaucrats.’ 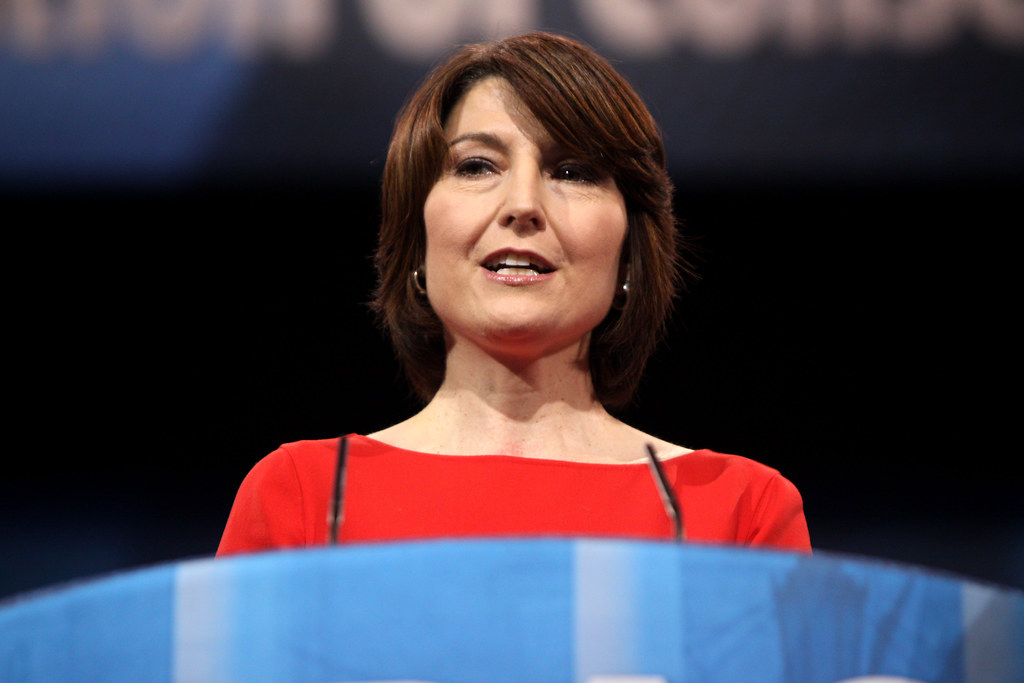 WASHINGTON, October 28, 2022 – Rep. Cathy McMorris Rodgers, R–Wash., accused the Federal Communications Commission of politicized actions in excess of its statutory authority, in a letter sent in September and apparently released by the agency last week.

To prevent possible FCC overreach, McMorris Rodgers, the ranking member of the House Energy and Commerce Committee, asked FCC Chairwoman Jessica Rosenworcel to provide a list of pending and expected rulemakings, and the congressional authorizations therefor. Rosenworcel responded earlier this month in a letter released with the congresswoman’s original correspondence.

The Washington Republican wrote that the Biden administration has been overly reliant on executive orders and cited recent Supreme Court precedent as evidence. McMorris Rodgers highlighted the Environmental Protection Agency’s loss in West Virginia v. EPA, in which the Court invoked the “major questions doctrine,” a legal doctrine limiting of the executive branch’s ability to permissively interpret Congress’s statutory language. She also referenced the Court’s rejection of the Center for Disease Control’s eviction moratorium and the Occupational Health and Safety Administration’s vaccine or testing mandate.

“I assure you the Committee and its members will exercise our robust investigative and legislative powers to not only forcefully reassert our Article I responsibilities, but to ensure the FCC under Democrat leadership does not continue to exceed Congressional authorizations,” she added.

Is net neutrality coming back?

In April 2021, McMorris Rodgers co-signed a letter with numerous congresspeople urging Rosenworcel to reject net neutrality, a policy supported by the chairwoman.

Today’s FCC is evenly split between Republicans and Democrats, one commissioner short of the standard five. President Joe Biden nominated Gigi Sohn for the fifth spot, but her nomination is stalled due to Republican opposition in the Senate. Since Sohn supports net neutrality, some experts believe the FCC may once again pursue the policy should Sohn be confirmed.