WASHINGTON, December 2, 2009 – A senior lawmaker on Wednesday weighed in on government intervention in the media at a Federal Trade Commission forum convened to consider an alleged decreasing amount of original reporting taking place, as media outlets shut down or layoff journalists in the face of falling revenues.

“In 1967, Congress made the judgment that public funding for radio and television was important because it would ensure the provision of content deemed valuable in the public interest to serve large societal goals – content that the market would be unable to produce without some government support,” said House Commerce Committee Chairman Henry Waxman, D-Calif., speaking before the Federal Trade Commission.

“Some argue that this model, applied to media publishers, could preserve and maintain key functions of modern journalism – investigative reporting, foreign news bureaus, wide-ranging coverage of the arts, culture, science and social trends – by cushioning the economic squeeze publishers are facing,” said Waxman. “Others have raised red flags about the dangers of government support of the press. I have an open mind on all the above proposals.”

“In the face of continuing closures of mastheads across the country, I see every reason to discuss them,” Waxman continued, in remarks he delivered during the second day of a “new media” workshop at the FTC.

Waxman suggested the media industry and related parties come up with a consensus on a proposal that is in the public interest.

“Congress can’t impose a solution to this issue. It needs to emerge from a consensus-building process involving the industry and the larger public,” he said. Waxman said these “initiatives require bipartisan support” and “those advocating for public funding need to address … the scope of such support, in terms of the activities to be supported and the dollars required.”

He added that public funding advocates also need to “respond to the concern that government support of journalism would lead to government control of content” and explain the source of revenues, and raised the issue of a “market failure” in the media.

The lawmaker raised a number of ideas that have been circulated to improve the state of the media industry including the establishment of new legal or tax structures for publishers, more philanthropic support for media outlets, a reexamination of antitrust laws, a review of media ownership restrictions, the exploration of new sources of journalism, and the prospect of public funding for quality journalism.

Josh Silver, executive director of Free Press, supported Waxman. “Government has played an important role in news and journalism since its earliest days. As the media landscape evolves, policymakers have a responsibility to the public to create policies that can support better journalism and newsgathering in the Internet age,” he said.

In the past, others have noted the importance of having as much separation as possible between the government and media in a democracy.

During the FTC conference Wednesday, a report from the John S. and James L. Knight Foundation and the Aspen Institute Communications & Society Program on information needs in a democracy was highlighted.

The Knight-Aspen study puts forth a number of recommendations, including increasing support for public service media ventures aimed at meeting community information needs, funding public libraries and other community institutions to serve as centers of digital and media training, and making sure that every local community has at least one high-quality online hub.

The report calls for supporting the “activities of information providers to reach local audiences with quality content through all appropriate media, such as mobile phones, radio, public access cable, and new platforms.”

It recommends that standards be set for nationwide broadband availability and public policies be adopted to encourage consumer demand for broadband services. The Knight-Aspen report also calls for “a national commitment to open networks as a core objective of internet policy.”

One of the primary responsibilities of being a faith leader is to listen to your community and understand its problems. 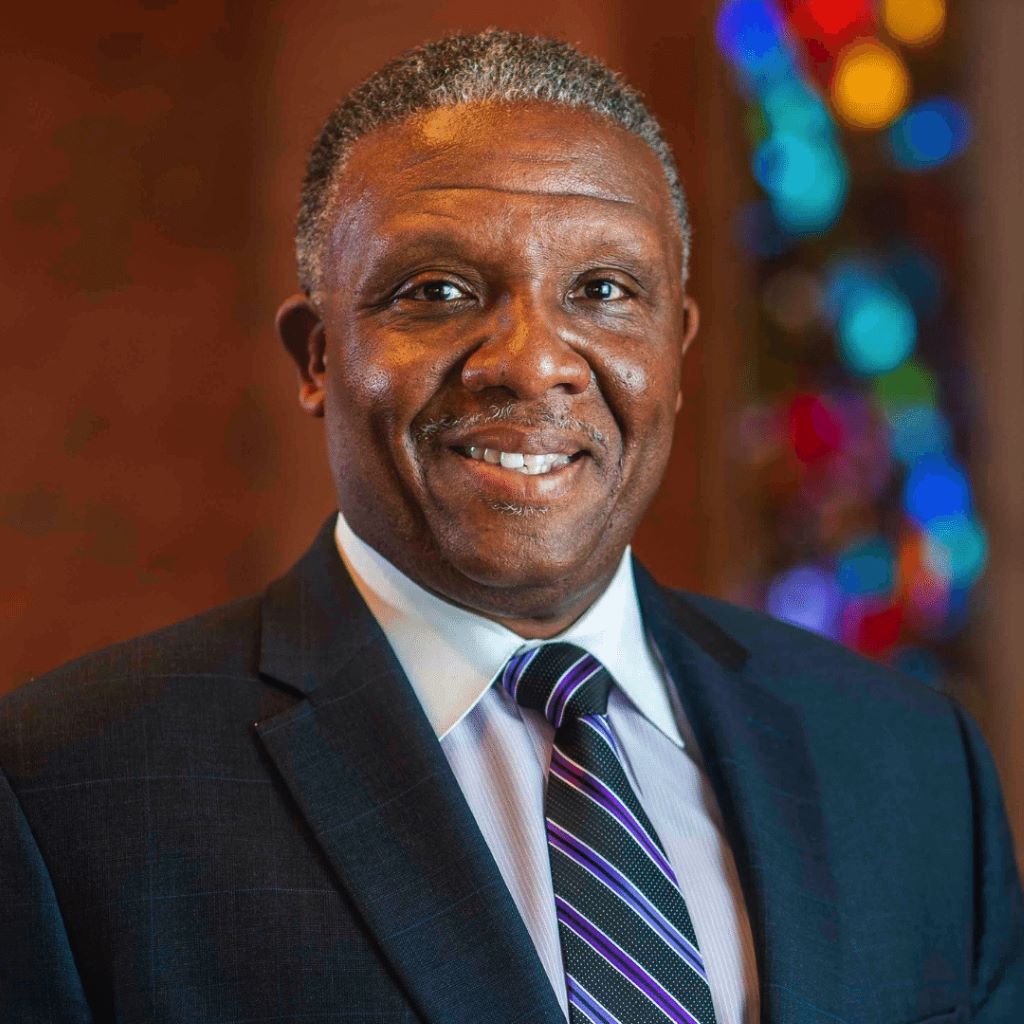 The author of this Expert Opinion is Reverend W. Antoni Sinkfield, Associate Dean for Community Life at Wesley Theological Seminary.

One of the primary responsibilities of being a faith leader is to listen to your community, understand its problems, and provide support in challenging times. Particularly during the pandemic, it has been hard not to notice that my parishioners, and folks across the country, are divided into two groups: those with access to the internet, and those without.

In 2022, digital inclusion is still something we strive for in poor and rural areas throughout America. The lack of reliable internet access is an enormous disadvantage to so many people in all facets of their lives.

To fully participate in today’s society, all people, no matter who they are and no matter where they live, must have access to the internet. Think of the remote learning every child had to experience when schools were closed, and the challenges that families faced when they didn’t have access to a quality connection.

It’s a question of plain fairness.

Politicians have been talking for decades about bringing high-speed internet access to everyone, however many families continue to be left behind. More than 42 million people across the country lack affordable, reliable broadband connections, and as many as 120 million people who cannot get online are stuck with slow service that does not allow them to take advantage of everything the internet has to offer.

People of color are disproportionately affected by lack of broadband access

Lack of broadband disproportionately affects communities of color, as well: 35 percent of Americans of Latino descent and 29 percent of African-Americans do not have a broadband connection at home.

Every person in rural towns, urban neighborhoods, and tribal communities needs and deserves equal and full economic and educational opportunities. Studies show that students without home access to the internet are less likely to attend college and face a digital skills gap equivalent to three years’ worth of schooling. Small businesses, which are the cornerstone of rural and urban communities alike, need broadband to reach their customers and provide the service they expect.

Simply put, having access to the internet in every community is vital to its ability to succeed in the 21st century.

Fortunately, we have an opportunity to take major steps toward a solution. Last year, Congress passed President Biden’s Infrastructure Investment and Jobs Act, which provides $65 billion to expand broadband access and affordability. It is essential that we use this money to connect as many unserved and underserved communities as we can – and as quickly as we can.

As we bridge the digital divide, we must listen to those who have been left behind and make sure that we deploy solutions that fit their needs. Different places need different options – so it’s important that all voices are heard, and the technology that works best for the community is made readily available.

All people need access to broadband to learn, work, shop, pay bills, and get efficient healthcare.

When I talk to my parishioners, they speak about how much of their lives have transitioned online and are frustrated about not having reliable access. They do not care about the nuances of how we bring broadband to everyone. They just want to have it now – and understandably so.

This means that we must explore all solutions possible to provide high-speed broadband with the connection and support they need, when they need it, regardless of where they live.

Now is the time to meet those struggling where they are, stop dreaming about bridging the divide, and just get it done. Our government has a rare opportunity to fix an enormous problem, using money already approved for the purpose. Let’s make sure they do so in a manner that works for the communities they’re trying to help.

Rev. W. Antoni Sinkfield, Ph.D., serves as Associate Dean for Community Life at Wesley Theological Seminary, and is an ordained Itinerate Elder in the African Methodist Episcopal Church. This piece is exclusive to Broadband Breakfast.

Biden compared the value of broadband to telephone service, and drew parallels to the historic effort to connect the country. 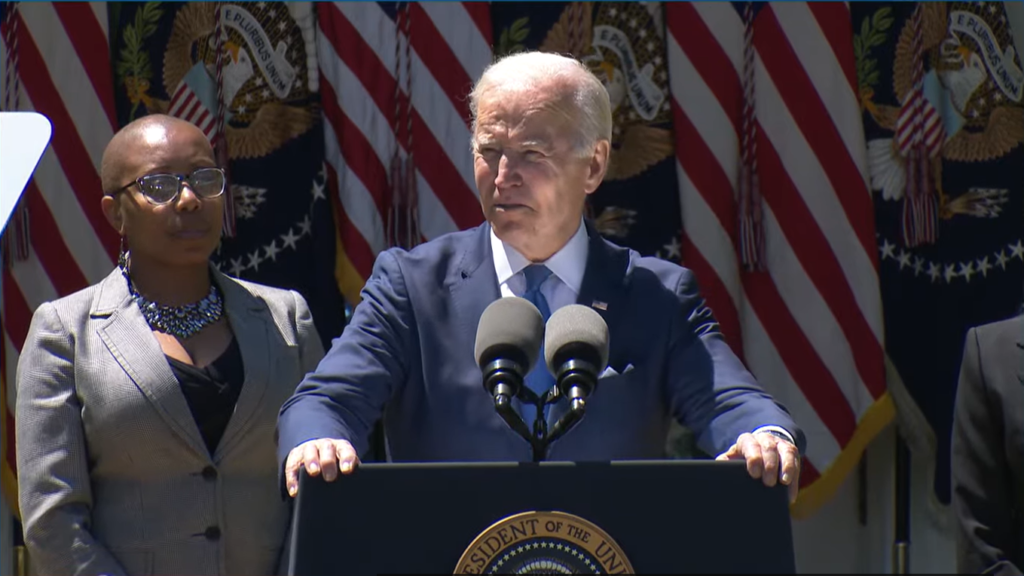 WASHINGTON, May 9, 2022 – President Joe Biden emphasized the essential nature of broadband during a public appearance on Monday.

Biden delivered remarks at the White House Rose Garden on the day’s earlier announcement that the federal government would work with both regional and national broadband providers to provide essentially free broadband to qualified households.

“Too many Americans simply cannot afford to get connected even if there is access to get connected. So, they go without high-speed internet, or they sacrifice other necessities in order to make it work,” Biden said.

“High-speed internet is not a luxury any longer – it is a necessity,” Biden said. “That is why the bipartisan infrastructure law included $65 billion to make sure we expand access to broadband internet in every region of the country.”

Biden also laid out the criteria for eligible households to take advantage of Affordable Connectivity Program, which when paired with the effort by ISPs to keep 100 Mbps download services under $30, provides free internet to consumers.

“If your household income is twice the federal poverty level or less – that is that’s about $55,000 per year for a family of four – or $27,000 for an individual – or a member of your household is on Medicaid or supplementary [social] security income or a number of other programs – you are eligible.”