WASHINGTON, January 15, 2010 – Skype is in support of net neutrality and wants the Federal Communications Commission to implement the open intenet rules. They are in the unique position of having their service directly affected by internet service providers that infringe on the rights of their customers.

“Skype supports balanced policies complimented by case-by-case adjudication of the Commission’s framework that will lead to greater levels of investment and innovation in core and edge technologies.” They also support the expansion of the rules to the wireless providers but feel that reasonable network management is different based upon different platforms and so should not be the same standard.

Skype does, however, support the prevention of the blocking of applications on all the platform types: “Skype believes that it should never be reasonable for any network operator, including wireless network operators, to block, throttle or degrade particular applications without regard to the network capacity such applications actually are consuming.”

BROADBAND BREAKFAST INSIGHT: A great little piece from the Inverse lays out how the “Chatham House” rules may protect Federal Communications Commission Chairman Ajit Pai from being quoted for what he says at Verizon Communications, his former employer, nine days before net neutrality rules are set to be axed. (UPDATE 12/6: It turns out that Pai released his remarks from the event after all, and are available here.)

The Reason Ajit Pai’s Keynote at Verizon in D.C. Today Is Secret The Chatham House Rule will keep his comments secret, from Inverse:

CC Chairman Ajit Pai gave a 10 a.m. keynote address at Verizon Communications’ Washington, D.C. headquarters on Tuesday, but because of an old British rule applied to the event by its organizer, the comments won’t be made public, less than ten days before Pai will push for the removal of net neutrality consumer protections.

The Chatham House Rule is “world famous” and reads as follows: “When a meeting, or part thereof, is held under the Chatham House Rule, participants are free to use the information received, but neither the identity nor the affiliation of the speaker(s), nor that of any other participant, may be revealed.”
This is convenient for Pai, as he gave the keynote at the annual Telecommunications and Media Forum put on by the London-based International Institute of Communications, and the venue is Pai’s former place of work, Verizon Communications. The International Institute of Communications operates on a not-for-profit basis “to enable the balanced, open dialogue that shapes the policy agenda. Membership fees and sponsorship enable us to do this,” the organization states on its website.

Source: Why Ajit Pai’s Keynote at Verizon in D.C. Today Will Be Kept Secret | Inverse 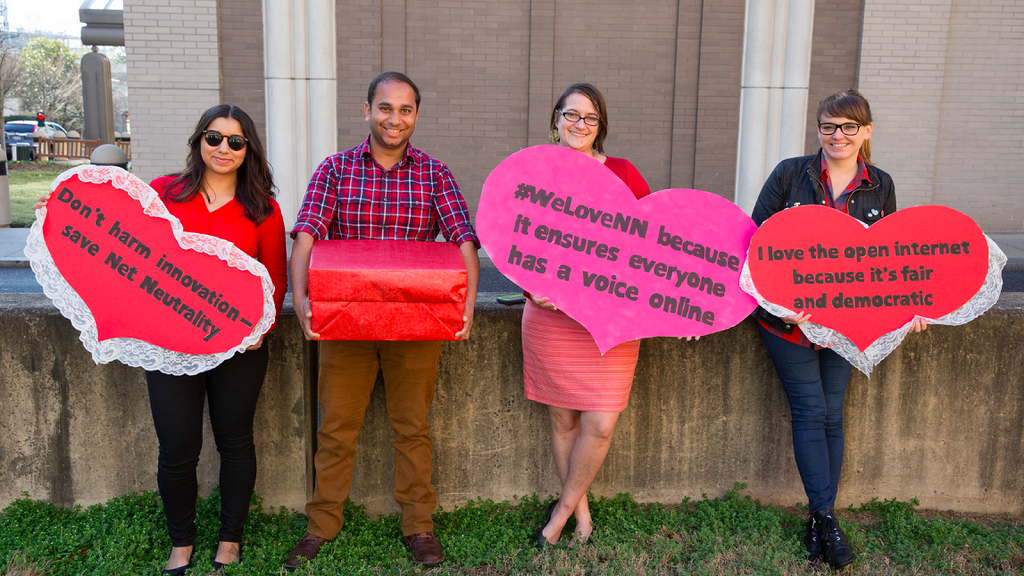 BROADBAND BREAKFAST INSIGHT: Is everyone having enough fun on this issue of network neutrality/open internet/”search neutrality”/Twitter-fenestration? It’s been a wacky week, and the craziness is likely to accelerate over the next two weeks. Here, CNET’s Marguerite Reardon covers Pai’s Tuesday speech at the R Street Institute in Washington.

Pai said in a speech Tuesday he wanted to “cut through the hysteria and hot air” about the proposal he unveiled last week to unwind the Obama-era rules that prevent broadband companies from controlling consumers’ internet experience. 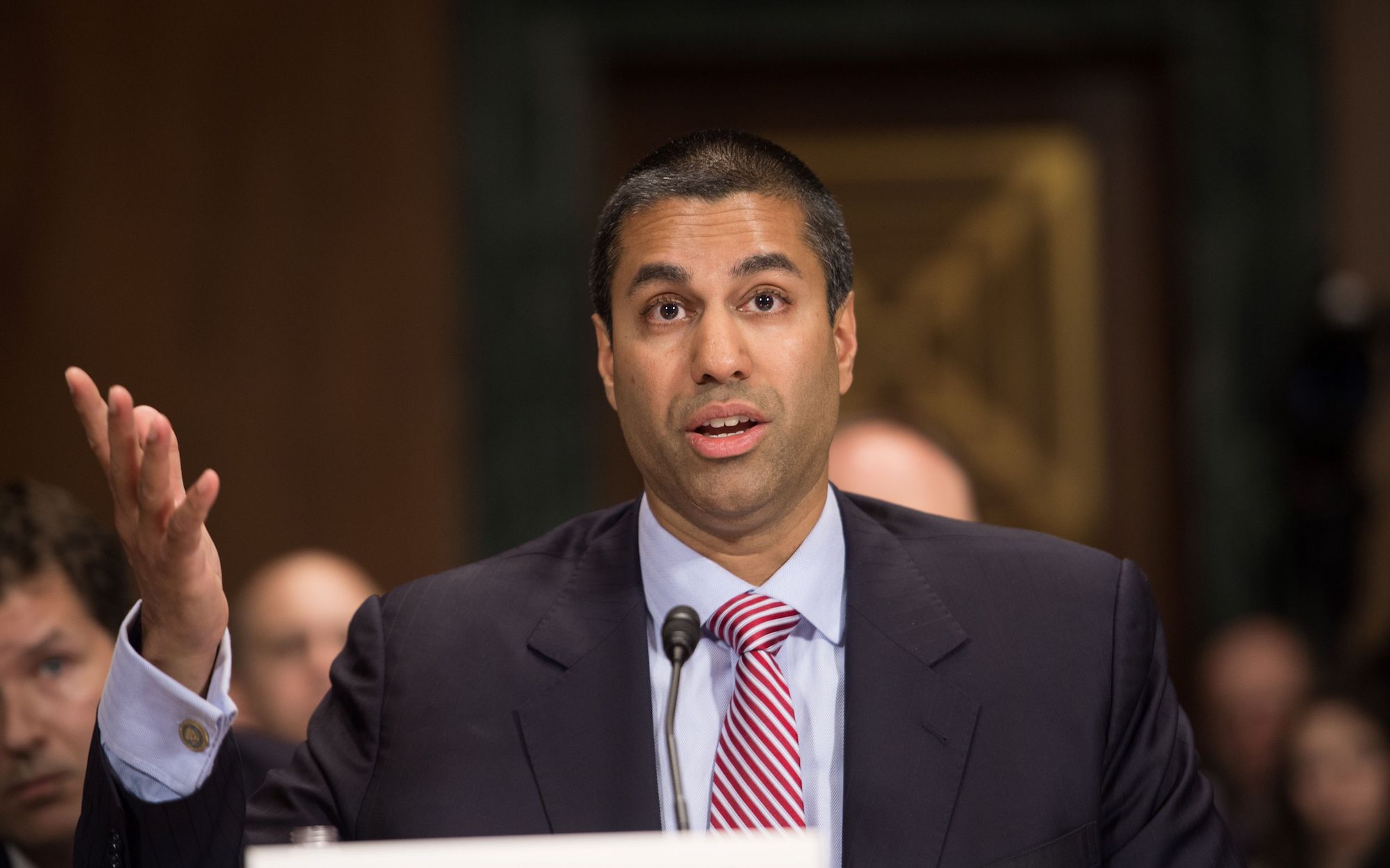 WASHINGTON, November 21, 2017 – In a move that could further infuriate an already-energized coalition of technology industry power players, consumer advocates, and progressive interest groups, Federal Communications Commission Chairman Ajit Pai on Tuesday unveiled plans to undo the net neutrality rules that put in place in some form or another since the early years of the Obama administration.

“Under my proposal, the federal government will stop micromanaging the internet,” Pai said in a statement.

“Instead, the FCC would simply require internet service providers to be transparent about their practices so that consumers can buy the service plan that’s best for them and entrepreneurs and other small businesses can have the technical information they need to innovate.”

Pai’s general proposal has faced widespread opposition since it was announced this year. After the FCC published a Notice of Proposed Rulemaking seeking comments on whether to undo rules reclassifying broadband under Title II of the Telecommunications Act of 1996, roughly 21 million comments were submitted via the FCC’s Electronic Comment Filing System.

That’s more than any other agency proceeding, and the vast majority were of those of retaining the strong net neutrality provisions put in place by former FCC Chairman Tom Wheeler in February 2015.

Those Wheeler net neutrality rules – which are still technically in force – require broadband internet access providers to live by common carrier requirements to which telephone companies have long been subject.

One way of looking at this is that the phone company cannot charge users different rates for a fax call versus a voice call. Nor can it degrade call quality for fax owners.

In a likewise manner, an internet provider cannot, under the rules, slow down a customer’s bandwidth because they are watching Netflix instead of Hulu, or charge extra to for businesses to enable their website to show up more quickly when customers access them using an internet connection.

What Pai’s net neutrality deregulation might mean for the internet

Those groundrules could change if Pai – a former Verizon Communications lawyer named chairman by President Donald Trump in January after having served as a commissioner at the agency since 2012 — gets his way.

Pai proposes to return broadband internet access service to its’ original classification as a lightly-regulated information service under Title I of the Telecommunications Act. Further, his proposal would repeal the “policy statement” about net neutrality originally put in place under George W. Bush Administration FCC Chairman Kevin Martin.

Although the Martin rules didn’t have the force of law or regulation, they paved the way for future FCC regulations that prohibited internet providers from throttling content or offering paid prioritization for some data, save for an exception carved out for “reasonable network management.”

Internet providers were once penalized for violating such a practice during Bush administration. In 2008, the Martin FCC fined Comcast for throttling traffic outside of the “reasonable network management” exception to the agency’s “policy statement.”

Now, if approved by the FCC, Pai’s FCC would completely deregulate network neutrality rules. And the onus for enforcing its disclosure requirements would land at the Federal Trade Commission. It could punish internet providers for throttling traffic in violation of its stated practices.

Under the Pai proposal, state regulators would also be barred from stepping into the deregulatory breach

States looking to step into the regulatory void and protect consumers might also find themselves disappointed under Pai’s proposal. The FCC’s new rules would specifically pre-empt state law or regulation imposing a common carrier requirement on internet providers.

Even regulations governing internet providers that operate entirely within one state would be subject to this preemption, senior FCC officials said, because the internet the provider is connected to is a nationwide network.

Despite the public outcry and tsunami of public comments, FCC officials downplayed its significance during a press conference call reviewing the proposal.

Despite the record number of citizen comments through the FCC’s filing system, agency officials said that most people’s comments were irrelevant to the FCC’s decision-making process because they only contained opinions – not facts, legal arguments or economic analyses.

Economic analyses were at the heart of Pai’s proposal, officials said. They cited cost-benefit analyses showing investment in broadband networks falling since the adoption of network neutrality rules.

But when asked for specific examples, officials told reporters that the analyses would be available as part of the draft rules, which were to be released on Wednesday.

The FCC’s desire to take into account the economic impact of network neutrality regulations doesn’t appear to include the views of Silicon Valley, the heartbeat of the information technology sector.

The tech industry is almost unitedly opposed to Pai’s plans: They strongly supported the adoption of the Obama-era regulations.

The new rules would put them “at the mercy of ISPs who would face minimal constraints on their ability to charge [the industry] for prioritized access,” the Internet Association said.

In a statement, Rep. Zoe Lofgren, D-California, decried the new rules, which appear to favor large broadband providers over technology companies or consumer voices – at least as expressed in the FCC’s comments.

“Today, FCC Chairman Ajit Pai confirmed his long-term goal to unravel net neutrality protections, demonstrating that he is on the wrong side of history, startups, consumers and the public interest,” said Lofgren, who district includes most of Silicon Valley.

“As millions of Americans voice their support for a free and open internet, Chairman Pai’s proposal hands the internet over to the largest Internet Service Providers who can throttle, assess a toll or block content,” she said.

Lofgren noted that under the current rules, an entire ecosystem of apps and new technologies has developed because of those rules’ protections.

“The net neutrality protections have advanced competition and innovation, created more startups and entrepreneurs, and have been judicially approved. Repealing these protections is an assault on what has made the internet what it is… an open and dynamic platform,” she said.

“This is not the end of a battle but the beginning of a new one that I will engage in to protect the open internet for my constituents and all Americans.”