WASHINGTON, July 23, 2010 – Yesterday, Qwest internet announced its intention to create a new brand of internet service called “heavy duty” internet, so named for its fast speed. The program’s advertising campaign declares it to be a “new kind of internet that doesn’t cut out while streaming your favorite movie, or during an all-out gaming marathon.”

The program’s specific capabilities include, according to Qwest, the ability to “download an average 30-minute TV show in as little as 44 seconds” and “an HD movie in as little as 10 minutes.” Uploading video files, meanwhile, takes place in a matter of seconds.

“Heavy Duty” internet is also slated to debut new security features. Qwest offers 2 GB of online backup at no charge with the program, with additional space available for extra cost. The program is also equipped automatically with a copy of Norton Antivirus online. 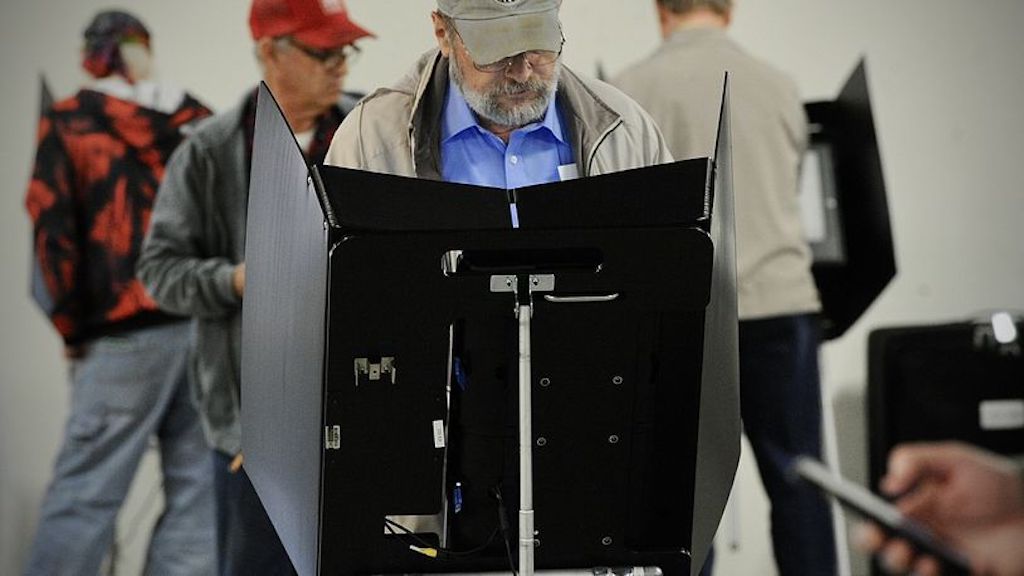 Photo of an Ohio voter on November 8, 2022, by Marshall Gorby of the Dayton Daily News

As voters went to the polls on Tuesday, November 8, 2022, broadband-focused initiatives and candidates could be found up and down the ballot all across the country.

Alabama voters cast their ballots to decide on a state Constitutional amendment known as the Broadband Internet Infrastructure Funding Amendment. The measure sought to amend the state’s constitution “to allow local governments to use funding provided for broadband internet infrastructure under the American Rescue Plan Act (ARPA) and award such funds to public or private entities.”

The Centennial State is not listed as one of 17 states in the nation with preemption laws that erect barriers to municipal broadband because nearly every community that had a vote has passed it to nullify it. But more communities had to go through that unnecessary process yesterday due to the law known as SB-152 that bans local governments in the state from establishing municipal broadband service absent a referendum.

As of spring 2022, 118 Colorado municipalities, 40 counties and several school districts have opted out of SB-152.

In the City of Pueblo, the county seat, Mayor Nick Gradisar told The Pueblo Chieftain that his city was not looking to build a municipal broadband network but rather to pursue a public-private partnership to bring ubiquitous high-speed Internet service to the city in a way that does not “just allow (broadband companies) to cherry pick the ones that can pay the most.”

Meanwhile, in the City of Lone Tree, one of about a dozen communities located in Douglas County, voters there overwhelmingly approved opting out of SB-152 with over 83 percent of voters casting a “Yes” ballot.

According to the city’s website, the ballot question was put to voters to enable the county to extend broadband infrastructure into Lone Tree. The website goes on to explain what opting out of SB-152 would mean for city residents and businesses:

Similar to the Constitutional question voters decided in Alabama, a ballot question in New Mexico asked voters to modify the New Mexico Constitution to ensure the easy flow of broadband funding. A 1900s era portion of the state’s constitution restricts “lending, pledging credit, or donating to any person, association, or public or private corporation.”

The proposal, which was approved by the New Mexico state legislature last February, passed with a 65 to 35 percent split in favor of adding an exception to the state’s anti-donation clause that will allow the state legislature to appropriate state funds through a majority vote in each chamber for infrastructure that provides essential services such as water, sewer, electricity, and broadband.

Yes, one day after the election and it was still unclear which party will control Congress, even as political analysts pontificate on what happened to the “Red Wave.” But, this much is clear: for successful candidates in both parties, at the federal and state-level, expanding access to broadband has become a bipartisan issue.

In New York, Republican State Sen. Dan Stec won his bid re-election, building on his first victory in 2020 when he campaigned for better broadband and mobile phone service. In North Carolina, Renée Price, a Democratic state representative, was elected by a wide margin. During the campaign, Price said her priorities are funding a range of initiatives and that she was particularly focused on increasing access to broadband.

Meanwhile, Republican Congressman Rick Allen was re-elected to represent Georgia’s 12th Congressional District. Allen said he would “continue to fight for the priorities of the 12th District like securing funding for Fort Gordon and the Savannah River Site, expanding rural broadband, and supporting our farmers and rural America.”

In Kansas, where Republican Congressman Mark Alford was elected to represent Missouri’s staunchly conservative 4th Congressional District, Alford told The Kansas City Star that as he campaigned “’on just about every back road of the district, all 24 counties,’ he heard that the No. 1 issue in the district is lack of rural broadband access.”

Over in Pennsylvania, where Democratic candidate Josh Shapiro won the race to be that battleground state’s next Governor, Shapiro’s campaign told Spotlight PA “he will prioritize expanding quality and affordable access to broadband in rural regions of the state by supporting the newly created Pennsylvania Broadband Development Authority, and establishing comprehensive subsidies for low-income households with high [I]nternet prices.”

And finally, in Texas, where Republican Gov. Greg Abbott fended off a challenge from Beto O’Rourke, in the less sexy race for State Comptroller, Republican incumbent Glenn Hegar won his re-election bid in which he touted his record championing the expansion of broadband in the Lone Star State.

States are now beefing up or establishing state broadband offices to award billions of dollars for the deployment of new or expanded broadband infrastructure thanks to an historic infusion of federal funds from the American Rescue Plan Act (ARPA) and the Infrastructure Investment and Jobs Act (IIJA). With those bills already passed and the midterm elections behind us, most of the action on the broadband front will rest in the hands of state lawmakers.

The National Conference of State Legislatures notes that “with roughly 9 out of 10 adults in America using the Internet, many consider it to be a necessity of modern life,” which is why there are numerous pieces of broadband-related legislation that was enacted or is pending in the 2022 legislative session.

Authored by Sean Gonsalves, this article originally appeared on the web site of the Institute for Local Self Reliance’s Community Broadband Broadband Networks Project on November 9, 2022, and is reprinted with permission.