WASHINGTON, August 19, 2010 – Mexico has completed its most recent spectrum auction for the 1700 megahertz band.

The winner, which bid $14.1 million, was a joint venture between Grupo Televisa and Nextel Mexico. The venture was the only firm to bid on the spectrum, which covers the entire nation. In addition to the initial payment, the firm will also have to pay $1.438 billion over the next 20 years for its license. 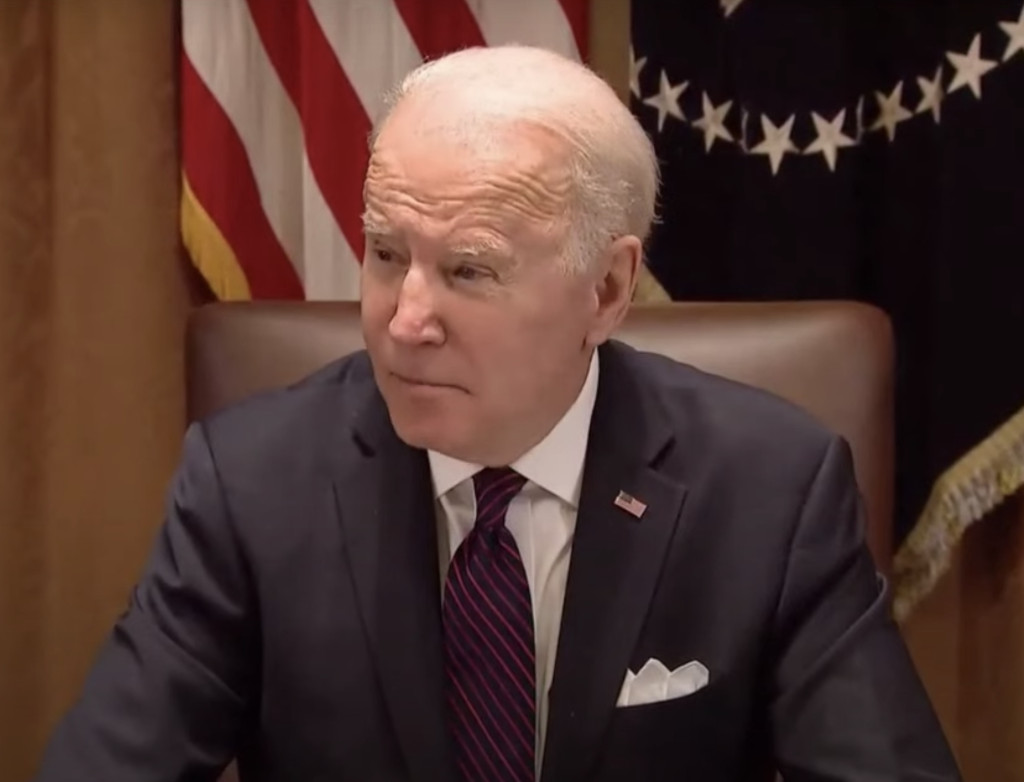 America and Europe are working together to address supply chain concerns. 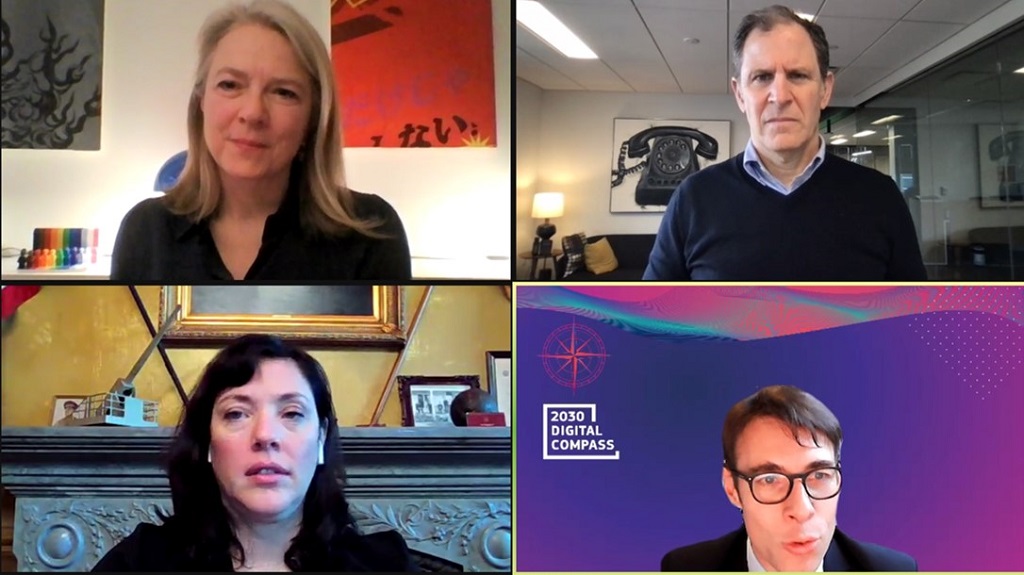 WASHINGTON, January 13, 2022 – American and European leaders discussed Wednesday how they were working to build closer partnerships with global players to reduce the impact of supply chain issues that have constricted supply of consumer and business items and have contributed to inflation scares.

A mix of federal aid, low interest rates and coronavirus-induced supply chain problems have led to a reported seven percent increase in the price of goods in December compared to the previous December.

Jonathan Spalter, CEO of broadband association USTelecom, the White House National Security Council’s Director for Digital Technology Policy and International Economics Ruth Berry, and the European Commission’s Thibaut Kleiner noted Wednesday that they were working together on a long-term resolution to supply chain concerns, including increasing funding and coordination between their governments and coordinating with non-government stakeholders to exchange ideas.

Berry, Spalter, and Kleiner agreed that there is a major issue with the supply chain with respect to things including chips, fiber optic cable and circuit boards. According to Berry, this issue is key to the Biden administration and they are making investments, expanding domestic production, and partnering with other entities to resolve this issue.

Berry focused on the idea that the views of stakeholders should be prioritized. She said there is value in the exchange of ideas and in considering the views of people across the industry, with Spalter and Kleiner agreeing.

Kleiner said the European Commission is speaking with America, Japan, Singapore, and South Korea to find like-minded ways to address this issue. One of the contributing problems is that chips and other materials are designed in the European Union and in the United States, but are produced in Asia, making the industry dependent on Asian production, said Kleiner.

The move is in line with FCC’s tough posture on national security risks emanating from China. 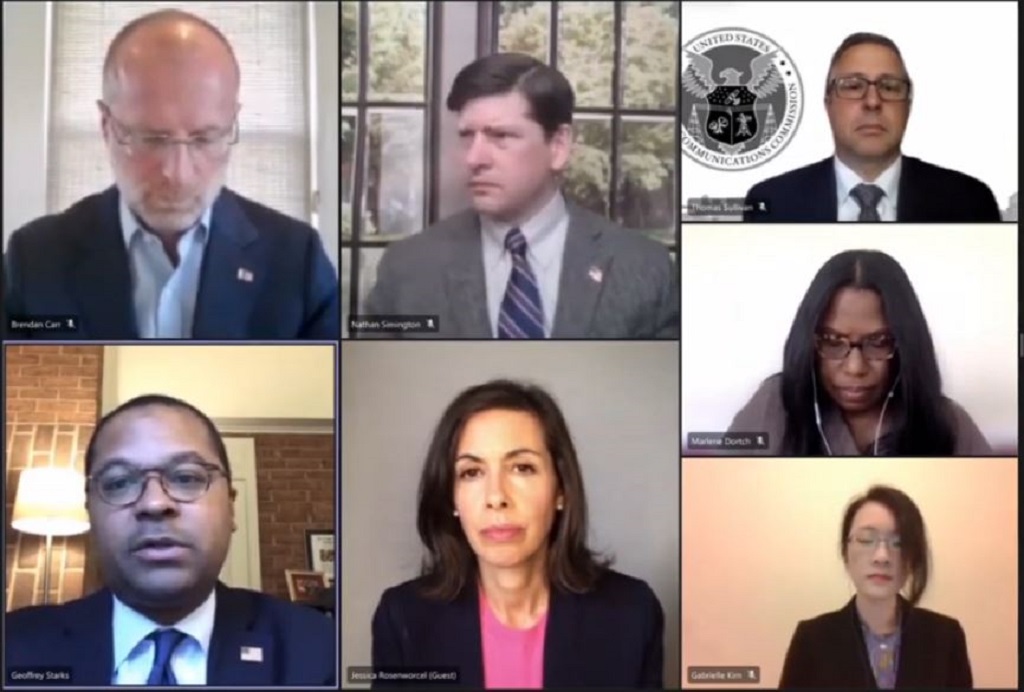 The company had initially challenged the process of revoking its authorizations that started last year under the Donald Trump presidency, but lost in court.

The FCC found that China Telecom Americas’ ties to the Chinese government raises “significant national security and law enforcement risks” to U.S. communications. The telecom must discontinue any services within sixty days after the order is released.

The FCC’s analysis concludes that “the present and future public interest, convenience, and necessity” is no longer served by allowing the company’s operations in the U.S. The commission found that China Telecom Americas is “subject to exploitation, influence, and control by the Chinese government and is highly likely to be forced to comply with Chinese government request without sufficient legal procedures subject to independent judicial oversight.”

The order also found that the company’s conduct toward the commission demonstrates “a lack of candor, trustworthiness, and reliability that erodes the baseline level of trust that the Commission and other U.S. government agencies require of telecommunications carriers.”

“This is not a decision we make lightly. It has support from each of my colleagues. It has support across the federal government,” she said. Continuing to allow China Telecom Americas to operate in the U.S. “could lead to real problems with our telecommunications networks through surveilling information, misrouting traffic, or disrupting service,” she added.

Revocation in-line with FCC focus on weeding out threats

The vote to block China Telecom’s services also comes as the FCC fields comments about its proposal to blacklist products and services that pose national security threats.

The U.S. government is also responding to China’s influence over digital services. In July, the Biden administration formally accused the Chinese government of hacking Microsoft’s email system. Digital policy experts have raised concern about how China’s use of digital tools threatens human rights agendas and democracy around the world.

Last June, the permanent subcommittee on investigations released a report finding the Chinese government engages in cyber efforts against the U.S. and may use telecommunications carriers to interfere with U.S. network systems.

The ban on China Telecom follows a Canadian order to ban another company — China Mobile — from operating in the country, citing similar national security concerns. The company, which had an agreement to resell services of telco giant Telus, was told in August that it couldn’t continue operations. The company has since filed an appeal in the federal court.