Recalling a past trip to China with Rep. Jack Brooks, a fellow Democratic lawmaker from Texas,  Rep. John Conyers of Michigan said his hosts at the time showed off some products that were pirated to the dumbfounded visiting congressmen. He that Brooks threatened to “give them a piece of his mind,” which he was later dissuaded to do.

“They were proudly showing us how they were stealing our intellectual property, and of course it was meant to be a compliment,” said Conyers.

Conyers, the top Democrat on the House Judiciary Committee, told the audience of about 60 at the Intellectual Property Breakfast Club’s monthly breakfast series that “The Texas Approach” ” is not going to work, and that “our task is to figure out where we really might go from here.”

The 81-year-old congressman, who is seeking his 25th term, adopted a surprisingly conciliatory — yet frank — tone during a rambling, Zen-like talk filled with anecdotes and observations on conversations he’s had with colleagues and advisers on how U.S. policymakers should best engage with China as it grows increasingly powerful.

For his part, Conyers noted that China’s influence is almost palpalble in continents such as Africa, which now exports much of its natural resources over there.

The question of U.S. influence matters on purely commercial terms as U.S. firms seek to grab a toehold in China’s gigantic and lucrative market that has yet to reach its peak.

Even now the numbers are staggering: There are more than 800 million cell phone subscribers in China as of July 2010, and more than 457 million people with access to the internet, according to China’s Ministry of Industry and Information Technology.

And the country is just starting to embark on building a whole new energy, communications and transportation infrastructure as well as whole new cities.

According to the U.S. Commerce Department, China plans on investing $10 billion annually between 2011 and 2020 to build a national smart grid, and an additional $590 billion to build an electric power grid, for example.

In recent years, U.S. companies have complained to U.S. policymakers about China’s efforts to jump the technology learning curve by enacting rules that would have required them to effectively surrender their intellectual property to Chinese-run companies.

Lawmakers in the U.S. Congress have openly criticized China for its policies, but the Obama Administration has worked hard behind the scenes to negotiate changes.

The efforts culminated in January when President Obama rolled out the red carpet for Chinese President Hu Jintao and feted his visit.

Hu also pitched China as a great place for U.S. companies to do business and he promised that their intellectual property would be protected.

On Tuesday, Conyers said that Americans are having a tough time readjusting to the coming power realignment, and how to think about the coming changes.

He said his own experience ranged from observations of friendly-student exchanges designed to build bridges between the two countries, to hearing more cynical thoughts from some on how China is busily building its military might as its diplomats make nice.

The open question that Conyers posed to his audience on Tuesday is the fundamental conundrum that U.S. policymakers are struggling to address everyday in Washington DC: What is the most effective way to influence and engage Chinese lawmakers on important policy issues?

Instead of blasting the Chinese government, which his congressional colleagues did once again the following day during a House Ways and Means Committee hearing, Conyers appealed to the Chinese government to work together even as he frankly pointed out the need for better enforcement of intellectual property laws in the nation of 1.3 billion.

“We want to help China’s special enforcement campaign on combating intellectual property infringement, and this is pretty difficult work,” Conyers said. “They say some of this underground material that is being copied is so enormous, and embedded in the culture itself that it’s going to be difficult to get rid of.”

China recently announced that it is mounting another short-term crackdown on pirates and counterfeiters. In January, a top Chinese official said that more than 4,000 people had been arrested since August for infringing upon intellectual property rights.

Conyers echoed the sentiments of both Presidents Hu and Obama when they said in January that the members of the two nations needed to engage in more dialogue — both through more frequent meetings between the members of their two governments, but also through cultural exchanges.

The Democratic congressman also said that he’s asked Lamar Smith, the Republican Chairman of the Judiciary Committee (and a Texan,) to put together a delegation of congressional and administration officials to visit China later this year.

He acknowledged the creation of the United States’  intellectual property enforcement co-ordinator to formulate a national strategic plan, but he said: “that needs to be made to work a little bit more effectively.”

And, he said: “We’ve got to meet more with our friends from the Chinese Embassy. I understand Mr. Chen [China’s intellectual property attache in Washington, D.C.] is here, and I am grateful for that.”

Conyers delivered a keynote speech that opened up a panel discussion about China and the latest developments its government is taking to build an innovation-fueled society powered by intellectual property.

Introducing the Broadband Breakfast Club during the 12 days of broadband. 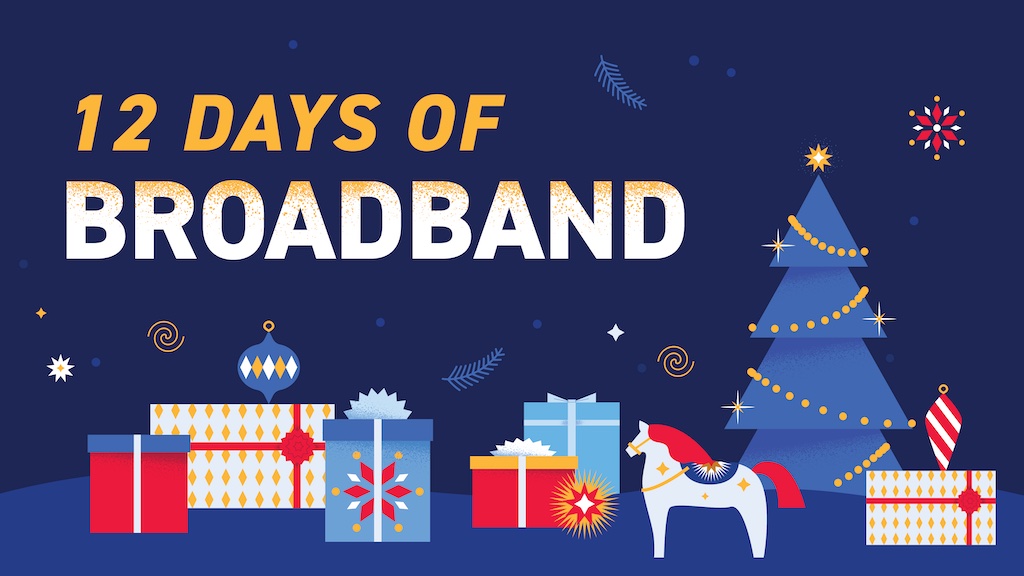 All of these benefits are available for $99/month. However, during our 12 Days of Broadband Sale, from Thursday, December 1- Friday, December 16, you can purchase monthly membership for $60/month. If you register now, for this one-time price, you'll lock in your discount for as long as you remain a Broadband Breakfast Club member!

To become a member of the Broadband Breakfast Club, register here or reach out to membership@breakfast.media.

Drew Clark is CEO of Breakfast Media LLC, the Editor and Publisher of BroadbandBreakfast.com and a nationally-respected telecommunications attorney. Under the American Recovery and Reinvestment Act of 2009, he served as head of the State Broadband Initiative in Illinois. Now, in light of the 2021 Infrastructure Investment and Jobs Act, attorney Clark helps fiber-based and wireless clients secure funding, identify markets, broker infrastructure and operate in the public right of way.

Join the Broadband Breakfast team and our guests to discuss the biggest stories in broadband in 2022. 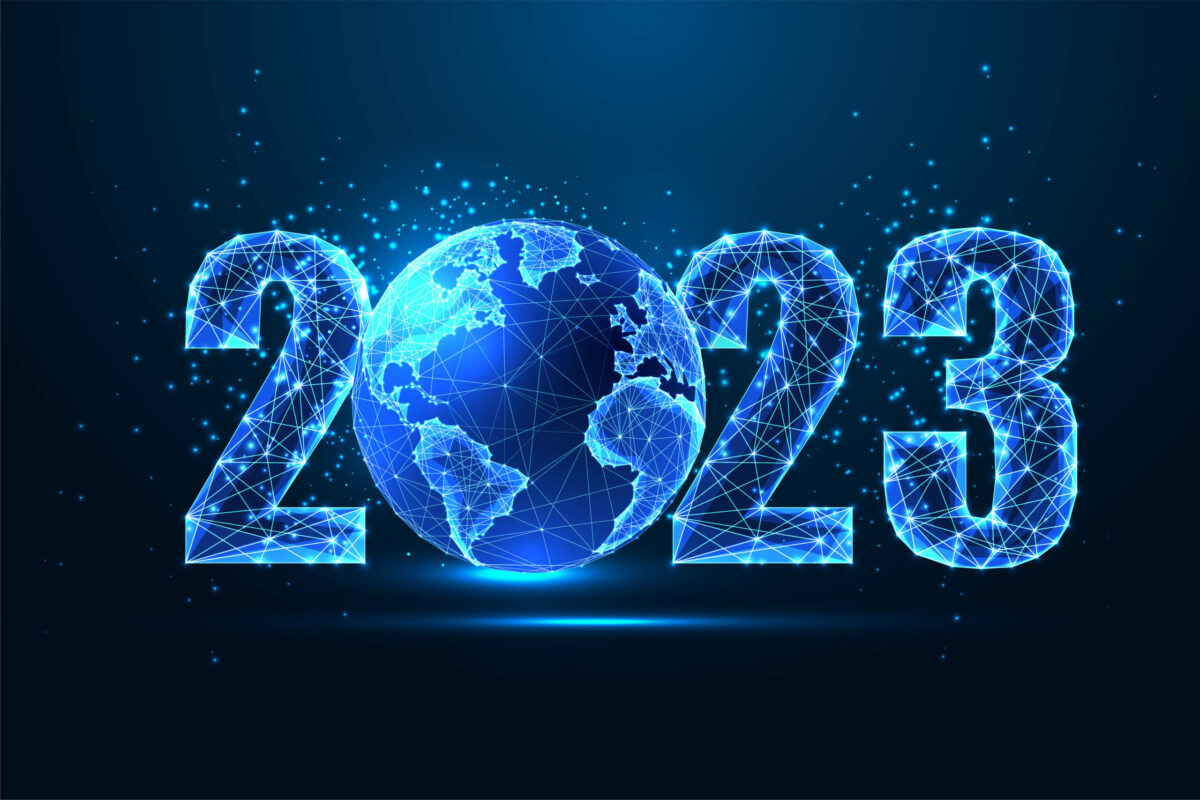 Join the Broadband Breakfast team and our guests to discuss the biggest stories in broadband in 2022. Plus, we’ll make predictions for what to expect in 2023. We’ll discuss:

Make sure to tune in for this special year-in-review Live Online.

Smart technologies hold incredible promise for the future of healthcare. How can we lay the groundwork now? 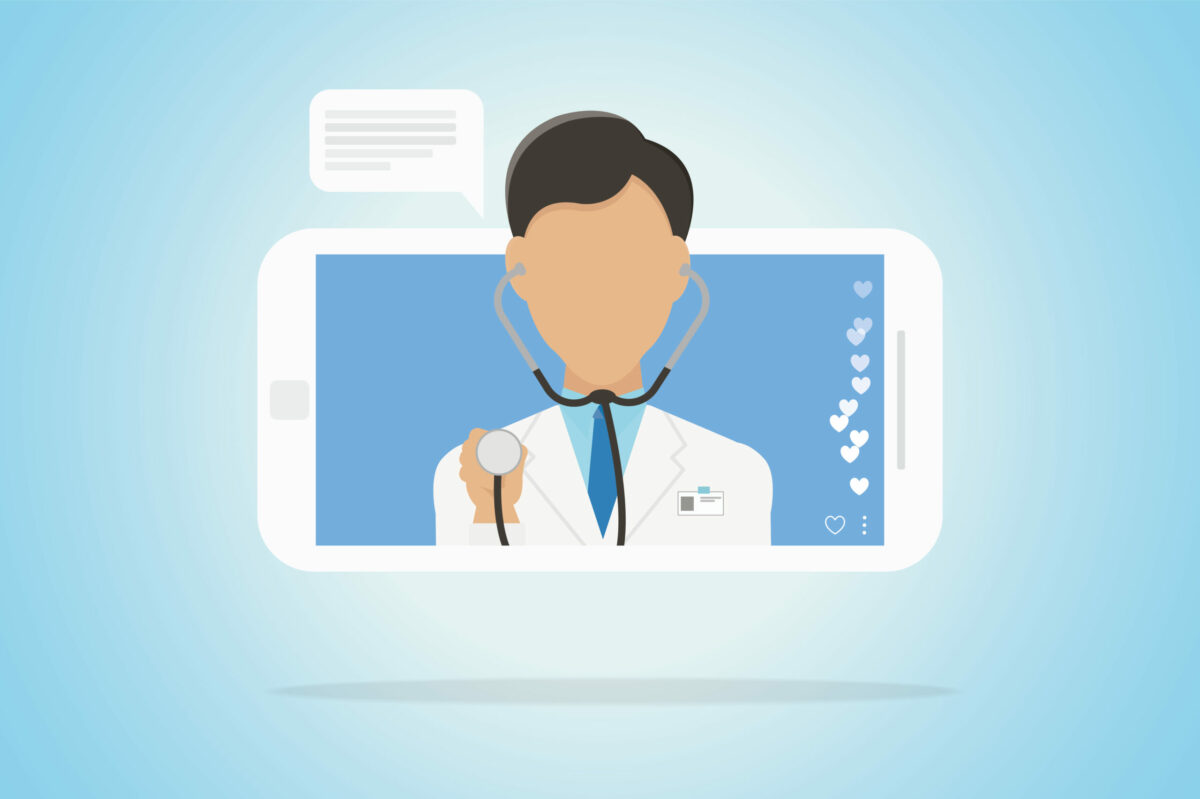 Smart technologies hold incredible promise for the future of healthcare, particularly for those living in remote rural areas or who are unable to afford traditional care. Broadband has to be up for the challenges. Telehealth developments have already revolutionized the industry, optimizing patient outcomes through remote monitoring and wearable smart devices. Further developments may bridge the gap of the workforce shortage. How can we lay the groundwork now for broadband expanding data traffic? Join us for a special Live Online event featuring a panel of experts — and a telehealth robot.

Dr. Arshia Khan holds a bachelor of engineering in computer-engineering, an M.S. in computer science and a Ph.D in information technology. Her research efforts are directed at growing the emerging new field of biomedical and health informatics, specifically in the areas of neuroscience and therapeutic robotic assistive technology in combination with sensors and IoT (Internet of Things). This research, which combines her computer science and engineering skills with medicine, offers promising solutions to chronic neurodegenerative problems such as dementia and elderly care. Her research requires strong and varied interdisciplinary collaborations with experts in fields of cardiothoracic surgery, neuropsychology, psychology, physical therapy, dietetics, nursing and occupational therapy.