WASHINGTON March 17, 2011 – On the one-year anniversary of the announcement of the National Broadband Plan, Broadband Breakfast gathered key industry experts to offer criticism and discuss the government’s implementation of the plan.

The National Broadband Plan: A One-Year Update from BroadbandBreakfast.com.

“The plan showed that broadband is not a luxury, it’s really a necessity” said Information Technology and Innovation Foundation founder Robert Atkinson, “It showed that speed is not the only goal, it’s also ubiquity and adoption.”

Communication architect Daniel Berninger called the plan “too timid,” and said, “the plan will not push us to become number one in the world.” He went onto say connectivity will be the main driving force of the economy in the future. Berninger fears that if the U.S. does not improve its high-speed network availability, it will never be able to overcome China’s massive population advantage.

John Erik Garr, former General Manager of the Omnibus Broadband Initiative, disagreed with Berninger’s characterization that the plan was too timid.

“We didn’t have all the data we needed but we wanted to create an aspirational document which presents a baseline while offering up some long term goals.” Garr said.

Jim Baller, founder of the U.S. Broadband Coalition, agreed with Garr, saying, “The plan did not have all the data it needed and therefore a consensus could not be made on what exactly we need.” However, the plan tried to move broadband development forward.

Broadband will be a key driving factor in the economy according to Baller, not just through expanding the network but also by creating applications on top of it.

“Companies like Netflix are adding value to the network,” Berninger said. “ISPs don’t like this because it uses their network too heavily, but these are the applications people want and its what drives them to adopt high speed broadband.”

Garr also contrasted the American plan to those in others countries. Many foreign plans, he said, focused solely on expanding networks, but his team wanted to look at the whole ecosystem, including applications and devices.

Atkinson agreed that the plan was aspirational and pointed out that networks should always be a little faster than what we need, so new applications can be developed.

“Access is not the only important part,” said Edward. “Low income families need to learn the value of broadband before they will adopt.”

The national purposes section of the plan laid out direct benefits to people that can be implemented in short term and some that require years of research.

Keith Montgomery, Senior Program Director, Broadband, ICF International, echoed the panel’s sentiments about showing the usefulness of broadband to expand adoption and told about working to expand broadband in New Zealand, where the first group of adopters were farmers.

“These small farmers were able to see how having access gave them not only better communication,” said Montgomery, “but it allowed them to get information faster and learn about commodity prices.”

Montgomery warned, however, that while adoption is important, the network needs to be robust for adoption to work properly. To illustrate, he pointed to wireless, which may be cheaper and easier to setup, but does not offer the reliability and speed of a wired connection.

The panel agreed that adoption is a difficult problem to solve since it requires more than just more money. For example, Garr and Edward both asserted that adoption is something that needs to be solved at the local level to cater to community needs. Atkinson agreed but added that while each community is unique, many communities share common characteristics and the federal government should compile adoption resources to help solve common problems.

The full video can be viewed here.

The future of the Biden administration’s Infrastructure Investment and Jobs Act depends upon the FCC’s maps. 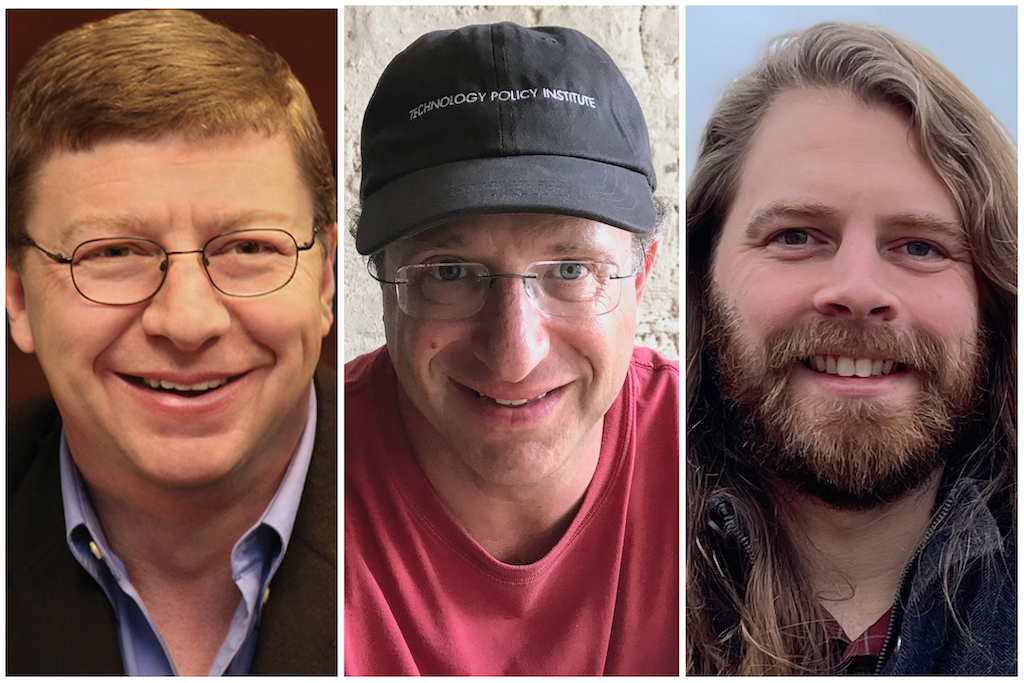 Much hinges on the success or failure of the Federal Communications Commissions’ updated broadband maps. This fall the agency is entering into a period of intensive updating in which it is assessing an address-level “fabric” of locations and comparing internet service data received from providers. Now comes the hard part: Providing a framework for broadband users and providers to understand and challenge the FCC’s map. The future of the Biden administration’s Infrastructure Investment and Jobs Act depends upon it.

Don’t miss the Broadband Mapping Masterclass! You can navigate the treacherous waters around broadband mapping by participating in this 2-hour Masterclass for only $99. Enroll TODAY in this LIVE Masterclass on Tuesday, September 27, at 12 Noon ET

Broadband Breakfast on September 14, 2022 – How Can Cities Take Advantage of Federal Broadband Funding?

There is an increasing worry that cities may be left out of the wealth of resources for broadband infrastructure spending. 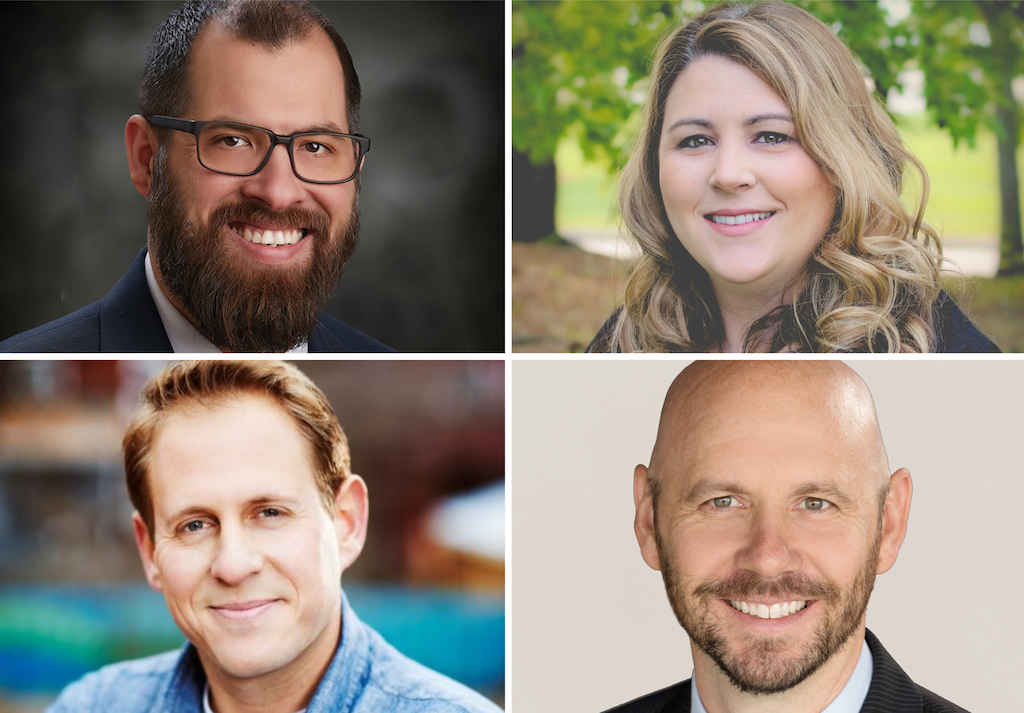 As the nation eagerly awaits the release of updated national broadband maps from the Federal Communications Commission, there is an increasing worry that cities may be left out of the wealth of resources made available through the bipartisan infrastructure funding measure. Will the focus on “unserved” and “underserved” communities – even if broadband in cities is not affordable or reliable – impede local governments’ ability to access Infrastructure Investment and Jobs Act funding? Join us for this Broadband Breakfast Live Online event to air cities’ concerns.

Scott Menhart, the chief information technology officer for Traverse City Light & Power (TCLP), has more than 20 years of experience in technology and broadband industries. He has been actively involved with multiple fiber to the premise deployments and recently launched TCLPfiber, a full municipal community network. TCLP currently serves nearly 13,000 electric customers and is currently working to expand TCLPfiber services to these customers.

Brieana Reed-Harmel is the Municipal Fiber Manager for Pulse, the community-driven and city-owned 100% fiber-optic broadband network in Loveland, Colorado. Brieana brings over 20 years of utility experience in engineering and leadership roles, spanning both the public and private sectors. Brieana was officially named Municipal Fiber Manager in December 2018 after leading the city through assessment and feasibility study of publicly owned broadband. In her current role she oversees all aspects of the construction and operation of Pulse, making fiber-optic internet service a reality for every home, business, and school in Loveland.

Andrew Butcher is the inaugural president of The Maine Connectivity Authority a new quasi-governmental agency serving as the primary entity charged with achieving universal access of affordable high-speed broadband in the state of Maine. By balancing investments in projects, places and people MCA is advancing digital equity for all.  Butcher has over 15 years in community and economic development, social entrepreneurship and connected infrastructure. Prior to his role at MCA he founded an internationally recognized non-profit, served as director of the Maine Broadband Coalition and helped advance numerous innovation and resilience initiatives in Maine.

Nathan Hoople is a Senior Project Manager for Ditesco. He brings over 17 years of experience in the telecommunications, construction, energy, control systems and program management industries. Prior to joining Ditesco, he was responsible for a variety of large infrastructure projects for the National Science Foundation’s United States Antarctic Program including data center design and fiber network installation. He is currently managing Ditesco’s broadband portfolio including overseeing the FTTP build for Pulse in Loveland, CO and providing support for Fort Collins Connexion, as well as feasibility and strategic planning for Larimer County and the Town of Timnath.

Drew Clark is the Editor and Publisher of BroadbandBreakfast.com and a nationally-respected telecommunications attorney. Under the American Recovery and Reinvestment Act of 2009, he served as head of a State Broadband Initiative in Illinois. Now, in light of the 2021 Infrastructure Investment and Jobs Act, Attorney Clark helps fiber-based and wireless clients secure funding, identify markets, broker infrastructure and operate in the public right of way. He is also the President of the Rural Telecommunications Congress.

Photo of Austin skyline from the Brookings Institution.

The event will be headlined by Sarah Bleau, middle mile program director at the National Telecommunications and Information Administration. 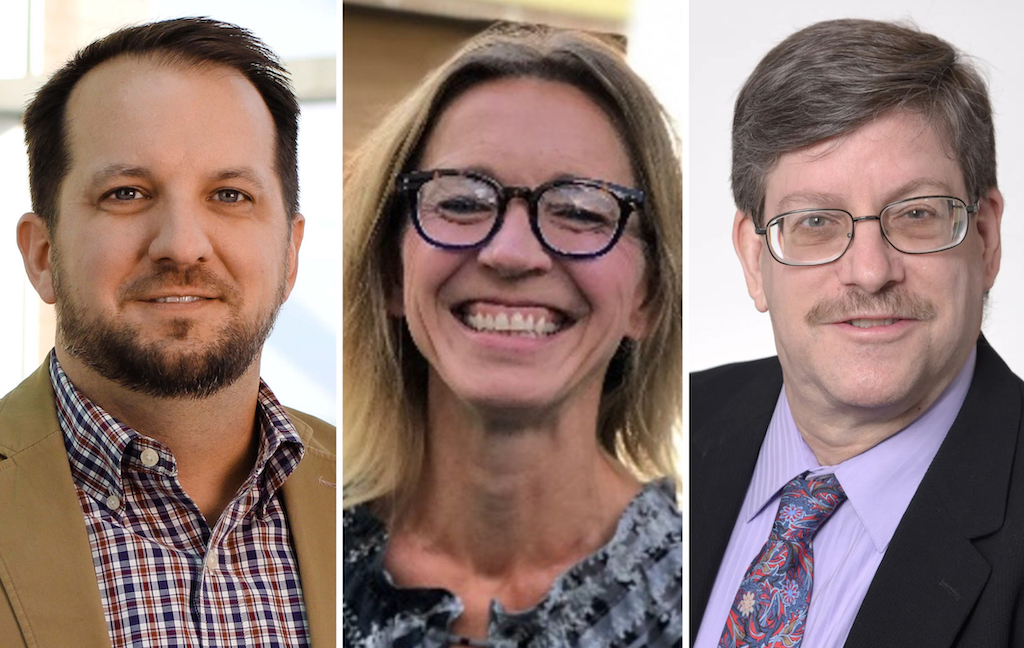 Most of the attention from the Infrastructure Investment and Jobs Act has been focused on last-mile broadband deployment. But the deadline for IIJA’s Middle Mile grant program is coming up on September 30, 2022. In this special Broadband Breakfast Live Online session, we’ll begin with a brief headline presentation by Sarah Bleau, Middle Mile Program Director at the National Telecommunications and Information Administration, speaking about the $1 billion program, how the agency is handling the program, and how Middle Mile grants will impact the $42.5 billion last-mile broadband program.

Sarah Bleau (center) joined the National Telecommunications and Information Administration in February 2021 as the Middle Mile Program Director. She took on this leadership role for the Broadband Infrastructure Program in Fall 2021 and saw the program through to the award recommendations and announcements made in February 2022. Sarah has extensive industry experience from spending the better part of her career buying, building, and selling fiber networks Sarah holds a master’s degree in business administration from the Illinois Institute of Technology.

Doug Maglothin (left) is presently serving as the lead on the Diamond State Networks middle mile project which is the largest and fastest networks of its kind in all of Arkansas. Founded by electric cooperatives, DSN’s goal is to make Arkansas the most significantly connected state in the country by promoting fast and affordable broadband to every corner of the state. Working alongside the coops, Doug helped to develop Diamond State Networks from its inception in 2020 as a consultant by way of his firm, Leverage Broadband Strategies where he serves as a Partner and Chief Strategy Officer.

Mark Goldstein (right) is chairman of the Arizona Telecommunications & Information Council and president of the International Research Center.

Drew Clark (moderator, not pictured) is the Editor and Publisher of BroadbandBreakfast.com and a nationally-respected telecommunications attorney. Under the American Recovery and Reinvestment Act of 2009, he served as head of a State Broadband Initiative in Illinois. Now, in light of the 2021 Infrastructure Investment and Jobs Act, Attorney Clark helps fiber-based and wireless clients secure funding, identify markets, broker infrastructure and operate in the public right of way. He is also the President of the Rural Telecommunications Congress.

Photo from the National Association of Counties