WASHINGTON June 7, 2011- The California State Assembly passed a bill last week that would require online retailers such as Amazon to collect state sales taxes on all goods the site sells within the state.

The bill is similar to those that a number of other states and the U.S. Congress are currently debating.

“Each year, California loses over $1.145 billion in revenues as a result of unreported use taxes.  A large percentage of this use tax gap is attributable to out-of-state Internet sales,” said Assemblyman Charles Calderon, the author of the bill.  “More importantly, the lack of use tax collection has provided a competitive advantage to many out-of-state companies, allowing them to undercut their in-state competitors.”

The bill passed the lower house of the California legislature by a 47-16 vote and will now move the state Senate.

The California State Board of Equalization, which administers and collects sales tax, estimated that on average each household owes $61 in taxes for online sales that are not collected. Collecting taxes on Amazon sales alone would generate $83 million in revenue for the state.

“[The bill] would help to level the playing field by imposing a use tax collection obligation on retailers that use in-state sister companies to help develop or sell their goods,” Calderon said.

Illinois passed a similar piece of legislation in April, which the state estimated would generate $170 million in revenue.

After the Comptroller of Public Accounts in Texas asked Amazon to pay $269 million in uncollected sales taxes, the online retailer closed its distribution facility in Irving, Texas in February.

When the North Carolina legislature passed a law last October requiring Amazon to collect sales taxes for goods sold through its North Carolina-based affiliates, the retailer shut the affiliates program down in that state. The program allows small businesses to sell goods on the Amazon site.

In May, Rep. Lamar Smith (R-TX) proposed the Digital Goods and Services Tax Fairness Act of 2011, which would create a simplified way in which digital goods and services could be taxed. Sen. Dick Durbin (D-IL) is also working on an online sales tax bill.

Panelists at a WCA event last month said IoT will transform a trillion-plus dollar segment of the economy. 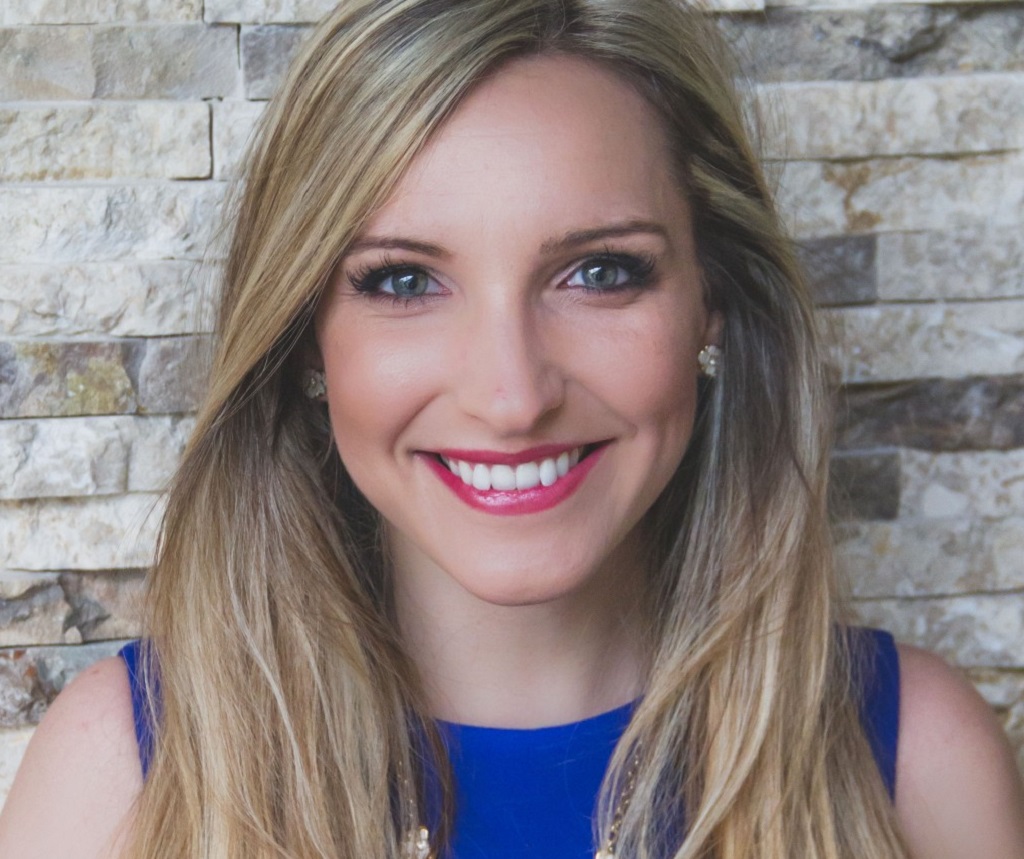 FCC Asks for Public Comment on Spectrum for Internet of Things

Internet of Things devices are expected to increasingly flood the market as 5G networks light up. 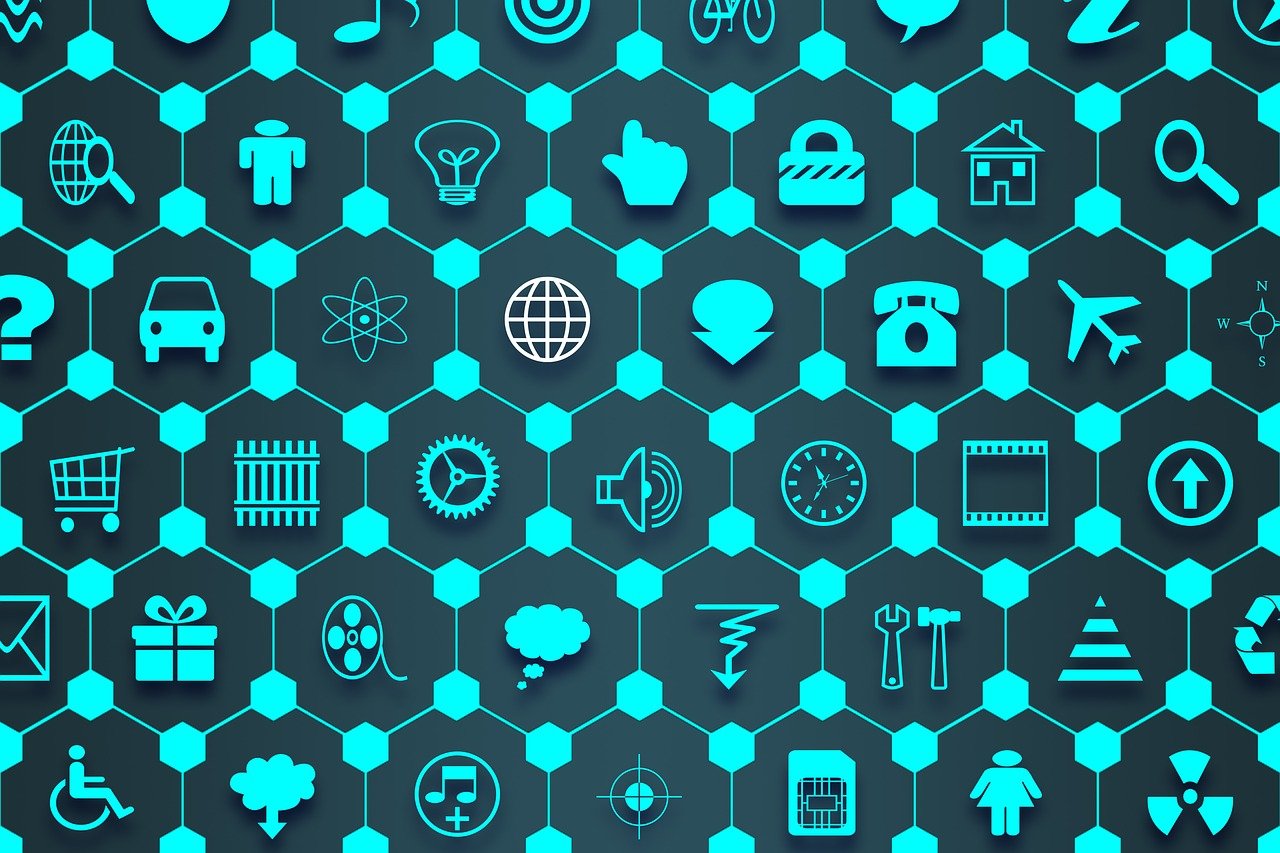 WASHINGTON, October 8, 2021 – The Federal Communications Commission is seeking public comment on spectrum allocation for the Internet of Things, or devices that are connected to the internet.

In its Notice of Inquiry released September 30, the agency seeks comments that “consider and evaluate various related factors” that will hinder the growth of IoT, including “barriers that may hinder the provision of spectrum needed to support uses relating to the IoT” and the role that unlicensed and licensed spectrum plays in the growth of IoT.

The IoT broadly refers to network-connected devices that can collect and transfer data. The number of IoT devices has grown over the past few years. Experts expect this number to continue rising as more households and industries use IoT technologies and as the connectivity-dense next-generation 5G networks facilitate more connections.

According to the FCC, a large amount of spectrum has been licensed using a flexible-use approach that allowed licensees to develop technologies and services according to consumer demand since the 1990s. The FCC asks whether the licensed spectrum made available or “will be available in the future is adequate to support the needs of the IoT.” The commission also asks whether there are spectrum rules that could be modified to facilitate greater spectrum access for IoT deployments.

In a statement, FCC Commissioner Geoffrey Starks said the the Internet of Things is “transforming our way of life.”  While reaffirming his commitment to addressing the digital divide and internet inequality, the FCC noted that “many Americans will not realize the benefits of IoT; until broadband service is available and affordable to everyone, those without broadband will be left behind during the IoT revolution.”

Acting FCC Chairwoman Jessica Rosenworcel issued a separate statement emphasizing that although the possibilities for IoT have yet to be fully developed, “[i]t’s still early days in the Internet of Things.” The Chairwoman remarked that because 5G wireless systems and low-orbiting satellites “expand the availability of high speed and high-capacity networks, we can expect the pace of innovation to increase” but that the FCC should allocate adequate spectrum for this purpose.

The FCC seeks comment on these issues as directed by Congress in the William Thornberry National Defense Authorization Act. The Act directed the FCC to inquire into the spectrum required to support IoT growth. This comes as the FCC begins auctioning 3.45 GigaHertz mid-band spectrum this week for licenses for 5G use.

Blinken was touring the University of Maryland laboratories last week. 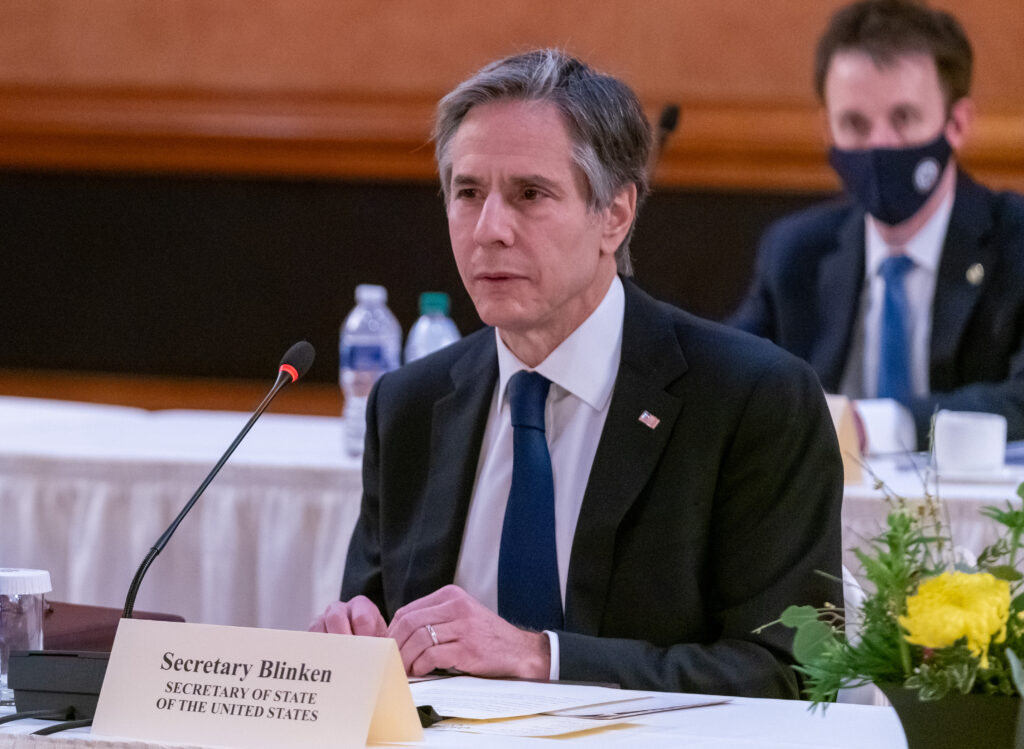 August 16, 2021 – Secretary of State Antony Blinken said earlier this month a key consideration for competition with China is to plow investments in research and development, as the Communist nation continues to do the same and export cheap technologies around the world.

“The Chinese and Russian governments, among others, are making the argument in public and private that the United States is in decline,” said Blinken at the University of Maryland on August 9, as he was touring the institution’s laboratories.

“Nothing would put to rest faster their specious argument about America’s best days being behind us than if the United States made serious investments in our domestic renewal right now.”

The United States, previously being the first in the world for research and development relative to its economic size, has fallen to ninth place, according to a recent UNESCO report. In contrast, China has risen to second, according to the same report.

Last week, the Senate passed a $1-trillion infrastructure bill that would lay the groundwork for the future, including a timely $65-billion for broadband to help seal the remote learning and work gap that emerged from the pandemic.

President Joe Biden’s administration has been coupling economic spending and sanctions against Chinese companies to combat the emerging economic superpower and protect national security. Chinese companies carry great influence on the world stage, few more prominent than leading telecom equipment maker Huawei, which has been the subject of bans in the United States and other parts of the world.

For example, while Huawei’s greatest 5G equipment competitors are Finland’s Nokia and Sweden’s Ericsson – with Samsung emerging as a potent player in its own right – it is widely reported that the Chinese company’s equipment sells for cheap, making it a more economic choice for countries in Africa. The Chinese government has been accused of spying.

An official from Huawei – which has challenged (but was denied) the Federal Communications Commission’s authority to wade into national security matters when it proposed rules in June to prohibit future authorizations to companies posing potential threats – has previously noted that the company doesn’t have much to worry about with the overtures by the Biden government to ban Chinese companies’ access to American chips because it will just make its own.

Blinken strongly advocated for the bipartisan U.S. Innovation and Competition Act, a bill introduced in April that would boost federal funding for U.S.-based semiconductor manufacturing and provide $52 billion over five years for research initiatives.

By investing in infrastructure, Blinken said he believes that this would be the essential thing that the U.S can do to advance its foreign policy because it will increase foreign trade and investment competitiveness.