This breakfast was the capstone event of a series of successful intellectual property breakfasts that tackled important topics such as United States : the U.S. enforcement strategy, the Anti-Counterfeiting Trade Agreement, China and IP with the former Chairman of the Judiciary Committee Rep. John Conyers and the Chinese Embassy IP Attaché, E-Book licensing, and a Performance Right for Broadcasting, just to name a few.

Video Streaming on Digital Devices: Will Broadband Clash With Copyright? from BroadbandBreakfast.com.

Tuesday’s discussions focused on the conflict between copyright protections and benefits of increased broadband capabilities. Topics included: the effects of current pending legislation on the internet marketplace, the recent issues between Time Warner Cable and Viacom over content distributed on new technology platforms, and the potential effects of the Federal Communications Commissions’s AllVid proceeding on the ability of consumers to view TV everywhere.

Congresswoman Lofgren began her keynote address with the premise that content owners need to start looking at the digital world as an ally rather than a threat. “Are you going to worry about controlling content or getting paid for content,” she asked. Lofgren pointed to examples of legitimate digital platforms like Hulu and Spotify, and noted Amazon sales of $3.1 billion, to illustrate that it is possible to make money in the digital space.

Not surprisingly, the congresswoman from Silicon Valley had her reservations about proposed intellectual property enforcement legislation that would have adverse affects on the technology sector. “If we do nothing on copyright law, we would be doing everything just about right.”

”Rather than just weigh in on the content side, we should allow deals to be made so that content owners can make money off their product through web distribution deals,” she said.

Copyright law should be easier to navigate and that “there should be a system that better serves the creators of the content,” she added.

On the topic of intellectual property enforcement legislation, Lofgren chided Minnesota Democratic Sen. Amy Klobuchar’s bill setting felony penalties for illegal web streaming (the Commercial Felony Streaming Act, S. 978) because of its major chilling affect on protected speech and innovation. She praised the prior successes of what she called the “follow the money” approach of cutting up online gambling web sites’ access to credit card payment systems. By contract, the domain name system takedown approach to enforcement, and contemplated by the PROTECT IP Act (S. 968) “is a mess and will do actual damage to the internet itself.”

In her final remarks, Rep. Lofgren pointed to three things that have made innovation in her district so successful: (1) a lot of investment into science and research many years ago and many talented engineers have emerged from the Stanford engineering programs; (2) entrepreneurs unafraid to take risks, and (3) government did not get in the way. Many of the impediments to innovation come in the form of overly complex intellectual property legislation that in the end hurt content creators as much as tech innovators.

Following the Congresswoman, the audience shifted their attention to a panel of intellectual property legal experts.

Paul Glist, Partner at Davis Wright Tremaine, began the panel discussion by laying out some economic realities behind the distribution of digital programming. “From a consumer point of view, all content wants to be free. But from the point of view of creators they want to be paid.” Glist added, “Everything that broadband and wireless have enabled has challenged many of the older video distribution models.”

“Distributors, like cable operators are in a sticky situation where they identify with the content providers and struggle to protect intellectual property and deliver it to the consumer” stated Glist, “but they want to enable consumers to enjoy their content in as many different ways as possible”

With regard to the Time Warner Cable dispute with Viacom, Glist noted “what they were fighting about publicly was different than what they were really fighting about.” Glist believed that the intellectual property and licensing argument surrounding the public fight about whether the license granted by the content providers covered screens such as iPad tablets, was not the real issue.

“The real fight” claimed Glist, “was over advertising dollars.” Content providers do not yet have a way to track advertising revenues on these new very popular devises and therefore feel like they are not being made whole.

Among the highlights of the program was an explanation by Robert Schwartz, partner at Constantine Cannon, of the underlying regulatory issues behind the content distribution and licensing battles. Schwartz believed that since 1996, when Congress directed the FCC to ensure that consumers could use commercially available navigation devices to access services from pay television providers, there have been numerous unresolved questions about what service and MVPD can aggregate. “With the advent of digital devices the market saw MVPDs begin to package every element of distribution, look at the VCR,” said Schwartz.

Schwartz then referenced a copyright case where Cablevision with the support of technology companies and the public interest community set up a service that would allow users to have VCR type functions without having any recording product in the home. The case was challenged by the entertainment industry and the 2nd circuit decided that it was the consumer that had decided on this technology, and the issue of contributory infringement was no longer at issue. “Since then”, said Schwartz, “there has not been a good discussion of what it is the MVPD has the right to aggregate.”

Schwartz finished by noting that the FCC has tried to bring up this issue again through the National Broadband Plan, and put forth a proposal for an AllVid proceeding aimed at developing an interface device in the home for all consumer devices, but the proceeding has been stagnant since the Notice of Inquiry in 2010.

Brandon Dorsky, President of SUPERGOODMUSIC expressed that his major concern on the Klobuchar bill is that it could potentially criminalize some of his blogs’ behavior. Dorsky described himself as a tastemaker who helps promote the careers of artists by streaming their content on his website. Dorsky noted that “the ability to stream is especially important in the world of electronic music,” a genre he works with a lot.

Victoria Phillips, Professor at the Washington College of Law at American University raised the point that in the days of over the air TV, a consumer could bring a TV out on their porch and receive signal. Phillips thought it was ironic how constrained we are by our set top boxes and hoped the AllVid proceeding would loosen the grip of the boxes. “There is so much going on that consumers want to do in their home” stated Phillips “The AllVid proceeding is an interesting approach to eliminate some of the ongoing sedimentary layer…and I hope the Broadband Plan and this proceeding can break us out of some of these silos we are in.”

Glist disagreed and joked that while it was wonderful to get all twelve channels anywhere, there was two-way capability and interactive features that cable boxes provide today. He added, “can you harness creativity through a business-to-business approach or do you want the government to be the solution? Industry is moving too fast so government is probably going to get it wrong.”

Although the monthly Intellectual Property Breakfast Club is being discontinued, don’t miss the beginning of the Broadband Breakfast Club season on Tuesday, September 20, 2011. Registration for the event, on “Making Cities of the Future Smarter Through Broadband,” is available at http://broadbandbreakfast.eventbrite.com. The Broadband Breakfast Club is sponsored by Comcast, Google, ICF International, Intel, the National Cable and Telecommunications Association and the Telecommunications Industry Association.

The moderators for Digital Infrastructure Investment panels join for a preview session ahead of the event. 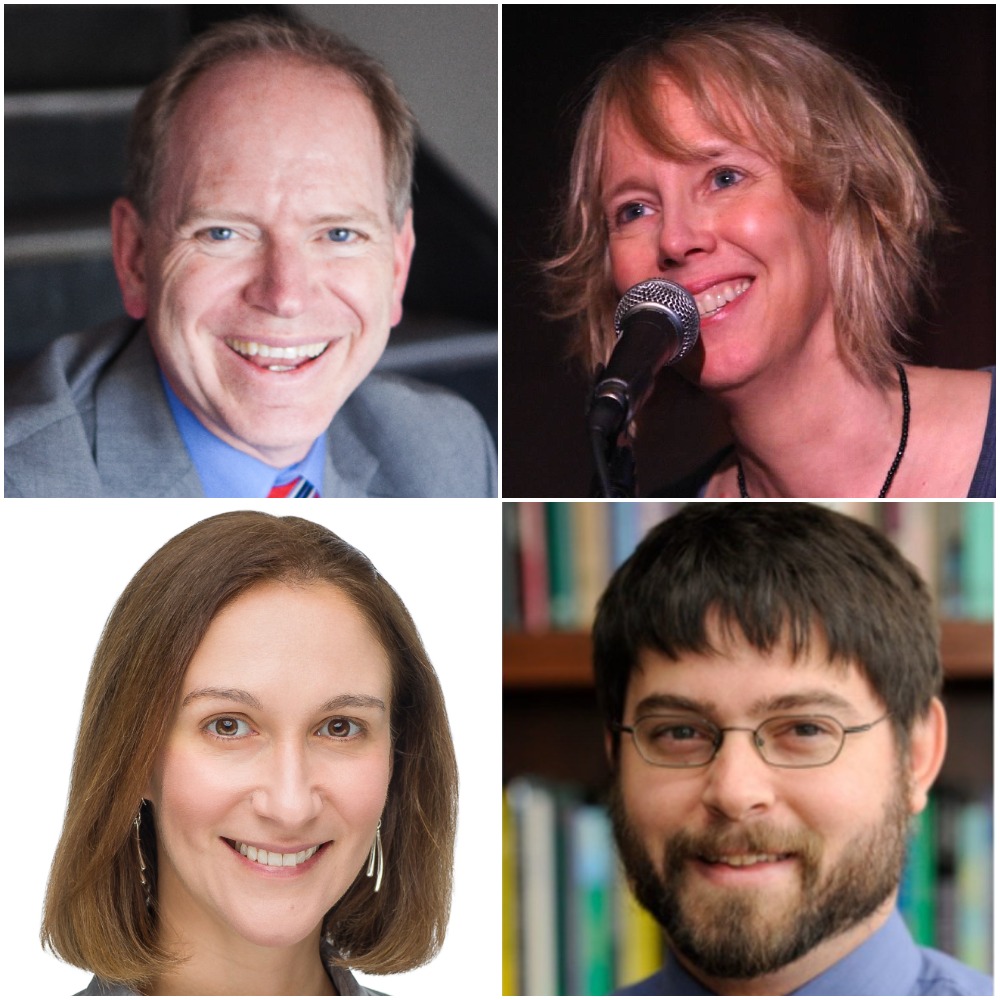 Join us on September 22, 2021, for this special Broadband Breakfast Live Online as we get ready for Digital Infrastructure Investment 2021. In this session, we’ll hear from the moderators of each of the four Topics that we’ll consider at the mini-conference! As a reminder, Digital Infrastructure Investment 2021 is taking place IN PERSON at the Broadband Communities Summit in Houston, Texas, and also LIVE ONLINE. See below for registration information.

Digital Infrastructure Investment 2021 will take place at the Broadband Communities Summit, and online, on Monday, September 27, 2021.

Broadband Breakfast on September 1, 2021 — What’s Next for Broadband Infrastructure Legislation?

The bipartisan infrastructure framework faces hurdles before it because law. We’ll discuss the process in Congress. 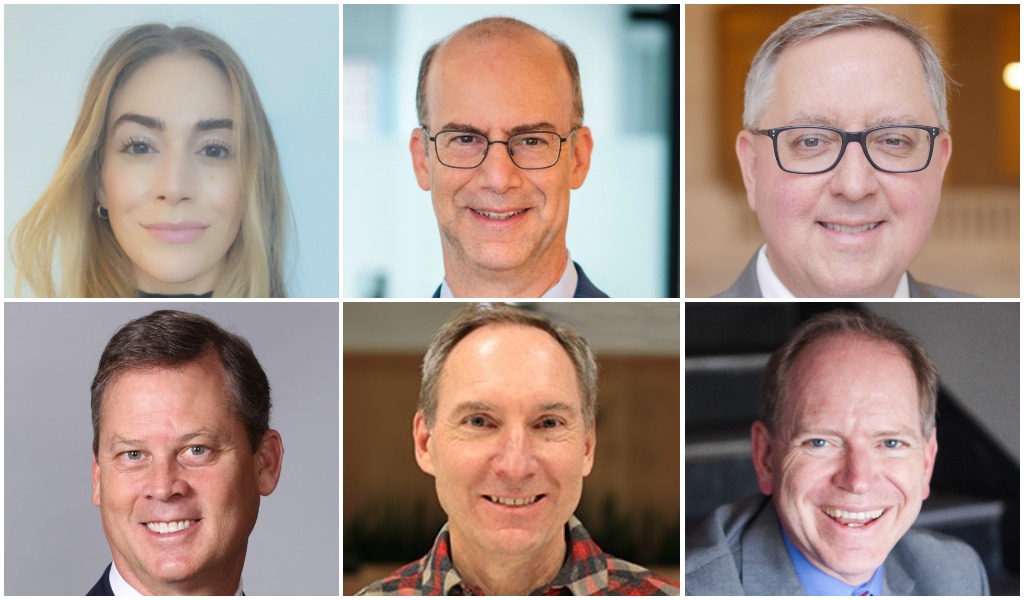 Though it may have passed in the Senate, the bipartisan infrastructure framework still faces hurdles before it can be put into law. How much money can broadband expansion expect to see? Will we see a return of reverse auctions? What kind of obstacles will the bill face?

Join us on September 1, 2021 where we will discuss all of this and more during our Broadband Breakfast Live Online event!