WASHINGTON, June 10, 2013 — The role of broadband as a major driving force for innovation in the cable industry was a major focus of the opening session at the National Cable and Telecommunications Association’s annual Cable Show on Monday.

Michael Powell, president and CEO of NCTA, delivered the keynote speech at the session. He emphasized the role of broadband in facilitating developments that have allowed cable to be accessible at nearly any time and any place. However, he also noted the importance of continued research and innovation.

“We are on an endless journey to deliver an exceptional experience to American consumers and businesses,” Powell said.

The key to this improvement is to embrace broadband, he said. Since the 1990s, cable companies have invested $200 billion in expanding and improving broadband service. As a result, 93 percent of homes have access to broadband, and speeds have increased by 1500 percent within the last decade, yet costs for the consumer have stayed relatively low, he said.

“While speeds have skyrocketed, the price for consumers has not,” Powell said.

Two panel discussions in the session also addressed the role of broadband in the cable industry. In the first panel, focusing on broadband innovation, Ali Rowghani, chief operating officer of Twitter, encouraged industry leaders to view broadband as an enabler for consumers. In another panel on content creation, Josh Sapan, president and CEO of AMC Networks, discussed the use of releasing web content to generate interest between seasons of shows.

Powell also praised America’s progress in developing national broadband coverage. Many critical comparisons to other countries, such as South Korea or France, are false and unfair due to drastic differences in population density, he claimed.

“Our challenges are different, but our results are nonetheless impressive,” Powell said.

The greatest obstacle to broadband development is adoption, he claimed. Cable companies have worked with government programs, as well as providing their own incentives, to encourage consumers to adopt broadband services and take advantage of the benefits to education, job opportunities, healthcare, and community connection that it can bring. However, Powell noted that one quarter of Americans still choose not to receive broadband service even though it is available.

“We want every American to have access to broadband,” he said.

If These Experts Were the FCC Chairman, They Would Eliminate or Modernize Outdated Regulations

Academics were concerned about an anti-preference bill, while one state AG said he’s ‘pragmatic’ about a federal privacy law. 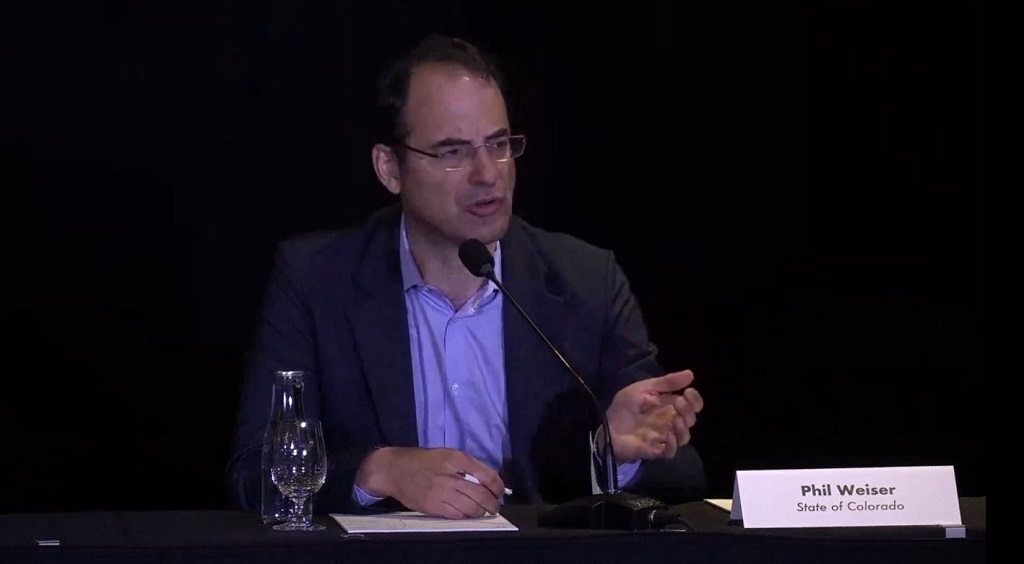 ASPEN, Colorado, August 15, 2022 – Academics expressed concern Monday about antitrust legislation before Congress that would prevent companies from preferencing their own products on their platforms, arguing the legislation targets only certain companies and hasn’t shown it would benefit consumers.

The American Innovation and Choice Online Act, S.2992, which is currently before the Senate and aims to ban discrimination against third-party products on the host platform, defines targeted companies by their value – which effectively narrows the number of affected companies and makes it a problematic piece of legislation, according to some academics.

“I think it’s very difficult to single out specific companies…for specific rules,” Judy Chevalier, a professor of finance and economics at Yale University, said at the TPI Aspen Forum on Monday.

“It’s hard to imagine what is the principle whereby private label band aids are a bad idea at Amazon but they’re a good idea at Walmart,” she added. “The self-preferencing rule can be applied to Amazon in a way that I think can be interpreted to limit their ability to introduce and promote their private label products.

“It’s not very convincing that this behavior has thus far harmed consumers,” she continued. “So I think singling out particular companies in this broad brush way strikes me as problematic.”

Dennis Carlton, a professor of economics at the University of Chicago business school, said the legislation makes him “nervous” because of the impact on innovation of targeting certain industries over others.

“Innovation is one of the strongest ways we improve our products and our standard of living. It makes me very nervous when you target specifically an industry or…make exceptions to other industries without…economic criteria or any attempt to show that this would produce a benefit not a harm. So it makes me nervous these proposals.”

On a separate panel at the Forum on Monday, the state attorneys general of Colorado and Nebraska discussed the state of privacy legislation – both in their own state and at the federal level.

Introduced in June, the American Data Privacy and Protection Act (H.R. 8152) cleared the House Energy and Commerce Committee last month for House floor votes. The proposed bill would provide Americans protections against discriminatory use of their data, require covered entities to minimize the data they collect, and prevent customers from needing to pay for privacy.

Despite his state having passed comprehensive privacy laws that are considered leading and a model by some, Colorado AG Phil Weiser said he’s “pragmatic” about a federal law.

“If a federal law is as good and strong as what we worked on in Colorado, I am comfortable with that law preempting Colorado, provided state AGs have the authority to enforce federal law,” he said. “It’s important to me to have that model because, you could imagine a world where the feds are not engaged in active enforcement, then the states can pick up that slack.”

Before the introduction of the legislation, some experts were concerned that having a number of different state privacy laws would harm smaller companies operating across multiple states. One lawyer noted that the longer companies have to wait for a uniform federal law, the greater the burden of compliance on them.

In fact, two Democratic California reps – Anna Eshoo and Nanette Barragan – were concerned that such a federal law would override their own state’s law. Eshoo proposed a provision, which was not included during a markup of the bill, that would have allowed states to add privacy provisions on top of the federal baseline.

“If you do have multiple standards,” Weiser said, “we have to solve for the problem, which is a problem right now of what I call interoperability or harmonization: How do we make sure that different state laws enable compliance across them as opposed to putting businesses in, to me, the unacceptable position of saying, ‘I can either comply with Colorado’s law or California’s law, but not both.’?”

Having had a privacy proposal in its legislature that did not pass, Doug Peterson, AG for Nebraska, said the state is taking a wait-and-see approach, including observing how states, including Colorado, fare with their own laws.