Kirton McConkie announced a practical four-part webinar series on “How to Build Your Gigabit Network,” beginning on Tuesday, January 27, 2015, from 2 p.m. ET to 3 p.m. Subsequent webinars will take place on following Tuesdays: February 3, February 10 and February 17.

Registration for the webinars, which are available for free to the public, is at https://attendee.gotowebinar.com/register/6437609058631730178

President Obama was set on Wednesday to travel to Cedar Falls, Iowa, the White House said, to “announce steps he will discuss in the State of the Union to help more Americans, in more communities around the country, get access to fast and affordable broadband.”

Among those steps include the creation of a national Broadband Opportunity Council charged with “speeding up broadband deployment,” a Community Broadband Summit of mayors and county commissioners in June 2015, the launch of BroadbandUSA by the U.S. Department of Commerce, and urging the Federal Communications Commission to support local broadband competition.

“There are many ways that cities can build Gigabit Networks, and President Obama is smart to highlight this bi-partisan issue in the State of the Union Address,” said Drew Clark, Of Counsel at Kirton McConkie. “Whether municipalities choose to support traditional telecom companies or new entrants, local governments play a central role in facilitating next-generation networks. A municipality that isn’t thinking about Gigabit Networks isn’t being a good guardian of its rights-of-ways.”

“Municipalities know they need to plan for deploying fiber-optic infrastructure, but many are daunted by perceived financial and legal obstacles to constructing such networks,” said David Shaw, Shareholder at Kirton McConkie. “Hundreds of cities have constructed or operate high-speed broadband networks by themselves or through public-private partnerships. We expect that number to grow to thousands of cities – if they follow best practices for building Gigabit Networks.”

The agenda for the “How to Build Your Gigabit Network” webinar series is below. All four events will be hosted and moderated by David Shaw and Drew Clark:

Webinar 1, January 27 – “How to Build Your Gigabit Network: Avoiding Mistakes Before You Begin”

Addresses the nuts and bolts of cities’ efforts to build next-generation infrastructure. How many municipal networks are there? What key things do municipalities need to know before they begin?

Webinar 2, February 3 – “How to Build Your Gigabit Network: Lessons from Municipal Success Stories”

Brings together some of the lessons learned by municipalities in building their Gigabit networks. Officials from cities that have designed and built networks discuss their goals and expected outcomes. How can we measure the success of these networks?

Webinar 3, February 10 – “How to Build Your Gigabit Network: Resources for Municipalities”

What resources are available to cities as they approach Gigabit Networks, alone or in public-private partnerships? Interest in Gigabit Networks is growing and municipalities that go down that path are not alone.

Webinar 4, February 17 – “How to Build Your Gigabit Network: Selling the Benefits to Users”

What are the benefits to cities, citizens and businesses from building Gigabit Networks? Emerging high-bandwidth apps require greater connectivity speeds, made easier by fiber networks. Who is experiencing such benefits today, and how we can use their stories?

Kirton McConkie is a leader in legal issues surrounding building, financing and operating municipal broadband networks. We enhance state and local governments’ ability to deploy broadband infrastructure in their economic development activities. We represent municipalities, inter-local entities and cooperatives from an exploratory phase, through bid processes and beyond.

Additionally, we assist clients as they construct and operate their high-speed broadband networks by negotiating with public-private partnerships. We know the players in the broadband community, the financial options available to cities and local governments and the best practices for building Gigabit Networks.

Five Years After ‘Think Big With a Gig,’ Google Fiber No Longer The Only Major Gigabit Player 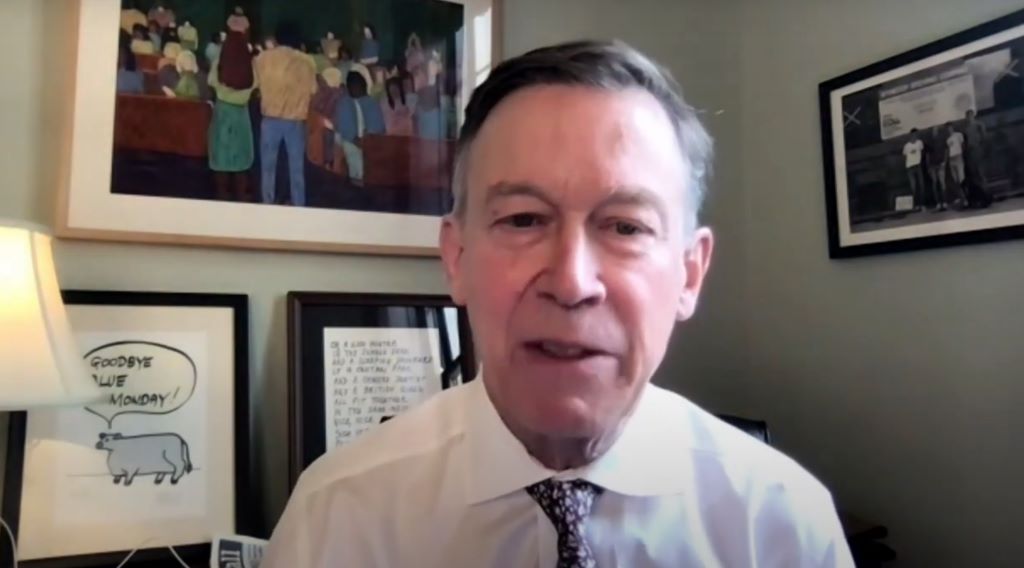 Expanding access to broadband has been at the top of many of Colorado’s local, state and federal legislators’ agendas. 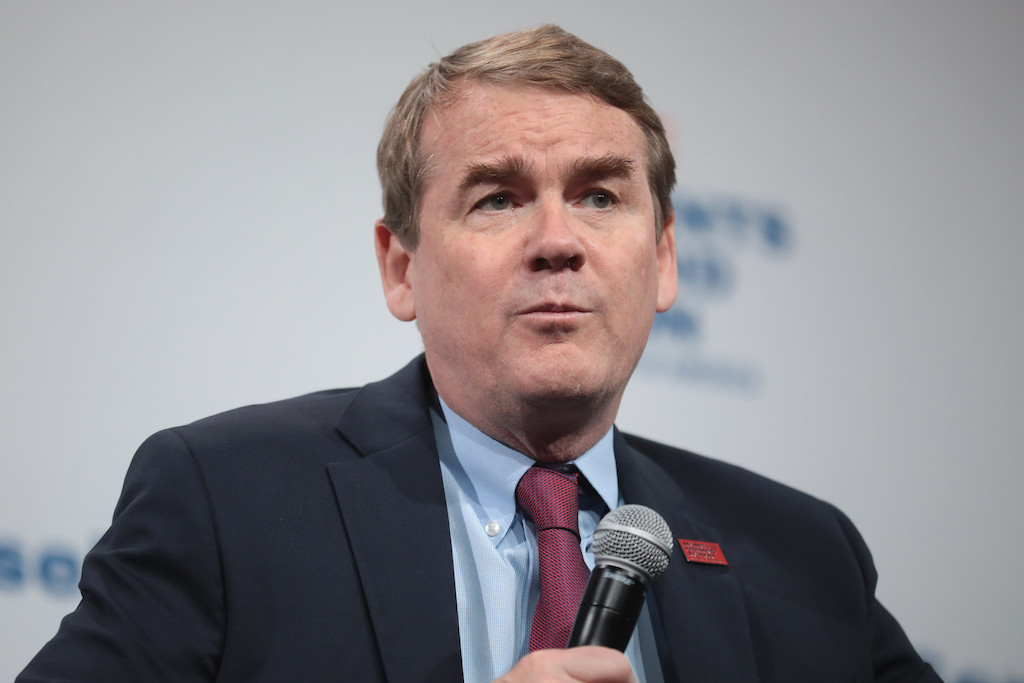 KEYSTONE, Colorado, May 24, 2022 – The COVID-19 pandemic highlighted the need for Coloradans to get better broadband, and the reactions that people felt as a result of their poor experiences with broadband motivated Sen. Michael Bennet, D-Colo., to craft legislation that ultimately led the passage of the bipartisan infrastructure legislation.

Speaking at the Mountain Connect conference here, Bennet traced the history of how grass-roots reactions to the problems of poor broadband translated into legislation.

”Wherever I went in the state, whether it was rural, suburban, or urban, broadband kept coming up again and again,” Bennet recounted. “People constantly told me that broadband was too slow or too expensive to be of much use to their family, their farm, or their small business.”

A few months into the pandemic, he introduced the Broadband Reform and Investment to Drive Growth in the Economy (BRIDGE) Act, a piece of legislation that would have allocated $40 billion in federal funds to states, Tribal Governments, and U.S. Territories.

Although the BRIDGE Act did not pass the 117th Congress, the language of the bill had a major influence on federal broadband policy that followed it, including the Infrastructure Investment and Jobs Act, which passed the Senate in August and the House in November. The measure was signed by President Biden on November 15, 2021. It led to the National Telecommunications and Information Administration’s Broadband, Equity, Access and Deployment Program, the details of which were released on May 13.

BRIDGE Act a precursor to IIJA

The BRIDGE Act served as a precursor to the BEAD program in two regards. First, it put states in the driver’s seat to disperse federal funds in the place of federal agencies, under the theory that states have the best understanding of their surrounding communities’ needs.

IIJA upped the dollars spent on broadband by the federal government, but it dropped the speed requirements to 100 Mbps down and 25 Mbps up.

Colorado state legislators are also active in other broadband measures, as outlined by Brandy Reitter, the executive director of the Colorado Broadband Office, and others speaking at the conference.

Colorado’s most recent legislative session saw increased activity in the broadband space, with much of the legislation passed aimed at expanding broadband initiatives across the state in order to achieve the governor’s goals.

One key piece of legislation was House Bill 21-1289, which invested $75 million dollars of the state’s American Rescue Plan funds toward digital inclusion programs. Of that allocation, $35 million dollars went toward digital inclusion projects, including $20 million allocated to the Southern Ute Mountain Tribes; $15 million was invested in telehealth and telemedicine; and $35 million was allocated to a broadband stimulus grant program, to which ISPs and other providers can apply to access funding.

The final $5 million of the funding was allocated to the Colorado Department of Local Affairs for the Digital Connectivity Program, which communities interested in building middle-mile broadband can access.

Senate Bill 21-60 allocated an additional $5 million to digital inclusion grant programs, managed by the Office of eHealth Innovation, and specifically set aside funding to offer discounts of up to 50% to Coloradans with telemedicine bills.

House Bill 22-83 set the framework for the Colorado Department of Transportation to put systems in place for permitting and use of rights-of-way.

Finally, House Bill 22-1306 shortened the time frame the Colorado Broadband Office reviews grants in from a 60-day timeframe to a 45-day time frame. This bill helps mitigate supply chain issues, as the price of supplies can often escalate by 10 to 20% within an additional 15 days.

Reitter said that these measures help state of Colorado to participate actively in every federal funding program possible,.

The state plans to take advantage of the NTIA’s Broadband, Equity, Access and Deployment Program, and hopes to receive up to $700 million in funding from the program, based on data from the Colorado Broadband Office.

“We think this is a real opportunity to keep continuing the investment in broadband,” Reiter said of the BEAD program. 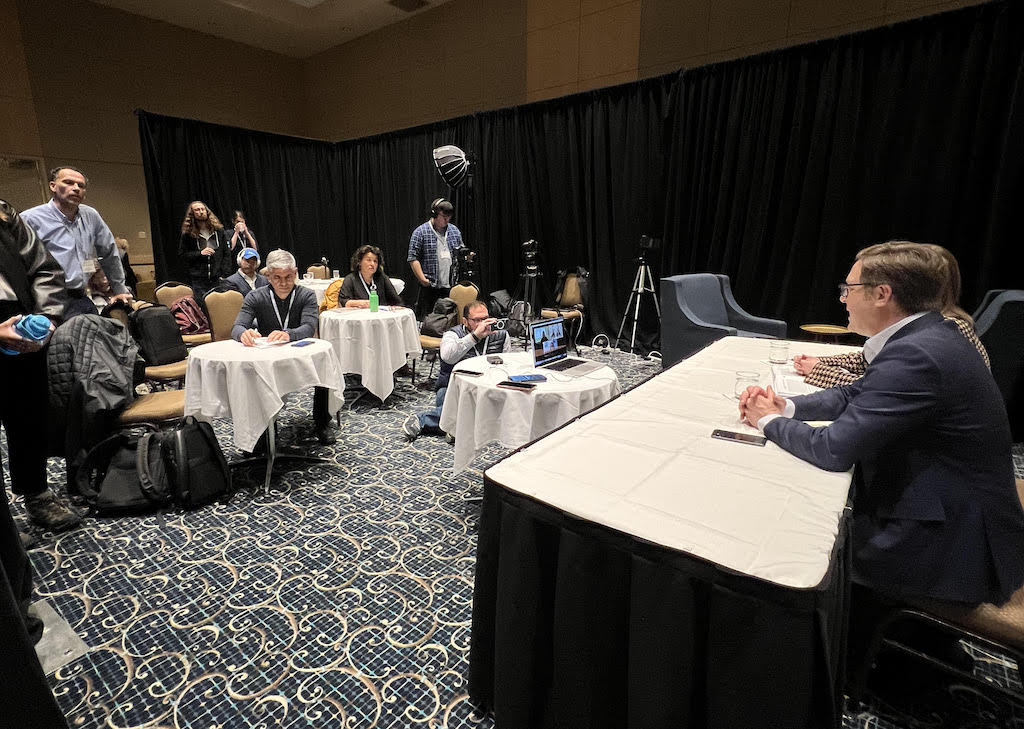