BROADBAND BREAKFAST INSIGHT: A concerning new development from Maine. Thanks to the Institute for Local Self-Reliance for raising this issue through this alert. ||

This bill will introduce procedural hurdles to discourage local governments from investing in modern broadband networks, including public-private partnerships with companies rooted in Maine – like GWI. Little has changed since 2014, when Gizmodo rated Maine 49th in terms of broadband Internet service. Rather than finding ways to encourage investment, this bill would have the state actually slow it.

“This effort joins a national trend of big cable and telephone companies, like Time Warner Cable and FairPoint, leaning heavily on state legislatures to protect themselves from competition,” says Christopher Mitchell, director of the Community Broadband Networks initiative at the Institute for Local Self-Reliance. “Communities do not make these investments when they are well served. If big cable and telephone companies want to preserve market share, they should invest in better services rather than crony capitalist laws.” 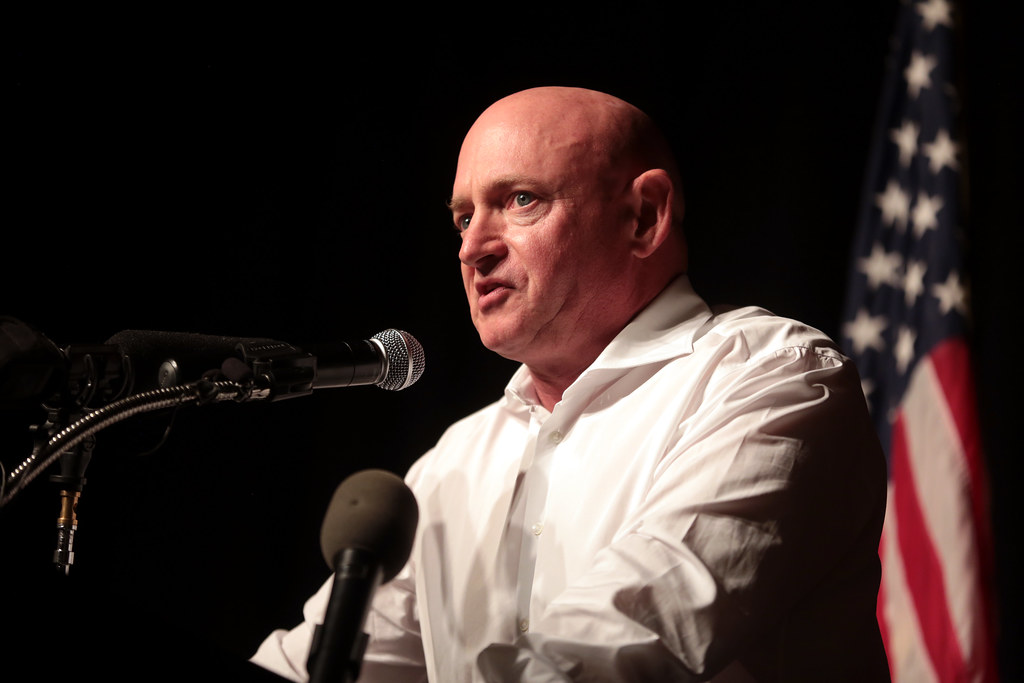 “Broadband coverage is essential to rural states like Montana as we work to close the digital divide. It helps support jobs, connects folks in every corner of our state, and makes life easier for working families,” Daines said in a statement. “I’m glad to work across the aisle on this commonsense, bipartisan legislation that will help expedite broadband deployment across Montana by capitalizing on existing infrastructure.”

“Broadband access is not just about staying connected, it’s how small businesses, hospitals, and students thrive in today’s economy,” Kelly said. “I’ve spoken to so many Arizonans, especially in rural areas, who have faced challenges because of poor internet access, and that’s why I worked with Republicans and Democrats to introduce this legislation that will cut red tape and help broadband projects move faster in rural communities. Every Arizonan deserves reliable broadband access.”

The FCC’s Consumer and Governmental Affairs Bureau wrote to major phone companies and issued a public notice to ask about what free robocall blocking tools they make available to consumers. The bureau seeks to learn more about the tools available to consumers, their effectiveness, and any potential impact on 911 services and public safety.

“No one wants more unwanted robocalls in their life.  I’m proud that we continue to find new ways to use all the tools at our disposal to make it clear to illegal robocallers that their days are numbered.  We want them to know that we’re advocating on behalf of consumers everywhere to put an end to these calls,” Rosenworcel said.

The robocall cease-and-desist letters instruct the voice providers to investigate and, if necessary, cease transmitting the identified traffic immediately and take steps to prevent its network from continuing to be a source of apparently illegal robocalls.

A coalition of almost 100 experts and advocates globally wrote a letter Thursday to Facebook CEO Mark Zuckerberg to abandon the company’s plans to build an Instagram for kids under 13, reported USA Today.

Instagram, the popular social media app, currently does not allow users under the age of 13. Zuckerberg confirmed during a March congressional hearing that a new ‘Instagram for kids’ app was in the planning stage.

The advocates, led by several organizations including the Campaign for a Commercial-Free Childhood, Center for Humane Technology, Common Sense Media and the Center for Digital Democracy, wrote their concerns to Zuckerberg, saying that the app “preys on their fear of missing out as their ravenous desire for approval by peers exploits their developmental growth,” reported the USA Today article.

“The platform’s relentless focus on appearance, self-presentation, and branding presents challenges to adolescents’ privacy and well-being,” the letter said. “Younger children are even less developmentally equipped to deal with these challenges, as they are learning to navigate social interactions, friendships, and their inner sense of strengths during this crucial window of development.”

During the March 25 congressional hearing when asked about the new app, Zuckerberg defended social media apps, saying they are a positive way for people to connect with each other. He also said the details of a kids’ version of Instagram was still being ironed out. 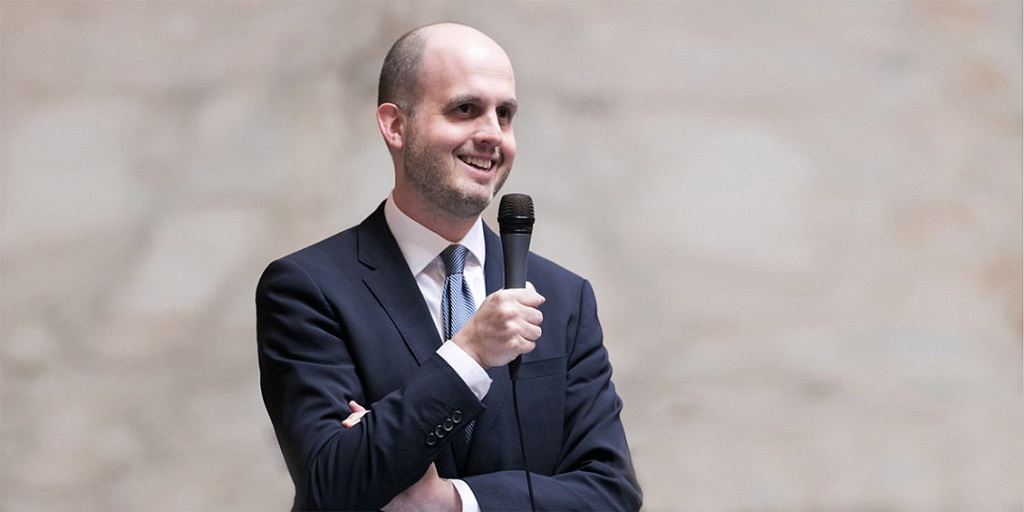 April 14, 2021— The Associated Press has released documents compiling report cards outlining infrastructure weaknesses in each state, including the state of broadband.

Mississippi is trailing behind the rest of the country in broadband coverage, the documents show, with 23 percent of Mississippians lacking a broadband subscription, compared to 6 percent nationally. Mississippi received a “D+” overall on it “infrastructure report card.”

Mississippi’s broadband coverage was only narrowly beaten by New Mexico and Arkansas with 21 and 20 percent of their populations lacking coverage, respectively.

The only region that performed worse than Mississippi in broadband coverage was Puerto Rico, where 40 percent of the population does not have access to a broadband subscription.

On the other end, Washington is leading the way in broadband coverage, with just 8.8 percent of Washingtonians lacking access to broadband services. Despite its leadership in this regard, Washington still only earned a “C” on its report card.

Washington was closely followed by Colorado and Utah, which both have populations without broadband under ten percent, at 9 percent and 9.2 percent, respectively.

Improving these numbers is part of the Biden Administration’s effort to ensure that every American has access to high-speed broadband.

Washington’s legislature voted Sunday to undo what Democratic Rep. Drew Hansen called “decades of bad policy” by passing a bill that allows municipalities to build their own broadband networks.

HB 1336, which was passed the state’s senate mostly along party lines, had Republican Brad Hawkins side with the Democrats to pass the bill.

According to Hansen, Washington was one of only 18 states that had laws preventing the state from providing broadband to its citizens.

Momentum for municipal broadband has been picking up in the state during the pandemic, where it has become clear that telework, telehealth and distance learning could no longer be approached as luxuries and need to be viewed as services that are integral to modern society.

“The pandemic has made it unmistakably clear,” Hansen said, “that is long past time to lift those restrictions and allow government to offer broadband directly to the public.”

In the wake of the Supreme Court’s 6-2 decision for Google, Michael Rosen of the American Enterprise Institute predicts the ruling as a victory for programmers.

Google’s argument that it satisfied fair use law because its use of some 12,000 lines of code from Oracle, which it said was used to craft a “new and transformative program” was accepted by the highest court in the land earlier this month. Fair use rules allow limited use of copyright material without permission for purposes including research and scholarship.

In a piece published by AEI Tuesday, Rosen said the conclusion to this decade-long struggle would make it easier for software developers to copy code during the creation of new products—something that Google argued is already common practice in the industry.

Rosen also pointed to the Computer and Communications Industry Association’s comment on the matter, which seemed to echo Google’s; both the CCIA and Google stated that, chiefly, this was a victory for consumers and interoperability at large.

All this considered, Rosen still tempered expectations, stating that the ruling was “unlikely to mark a fundamental change in how we conceive of computer code copyright issues.” 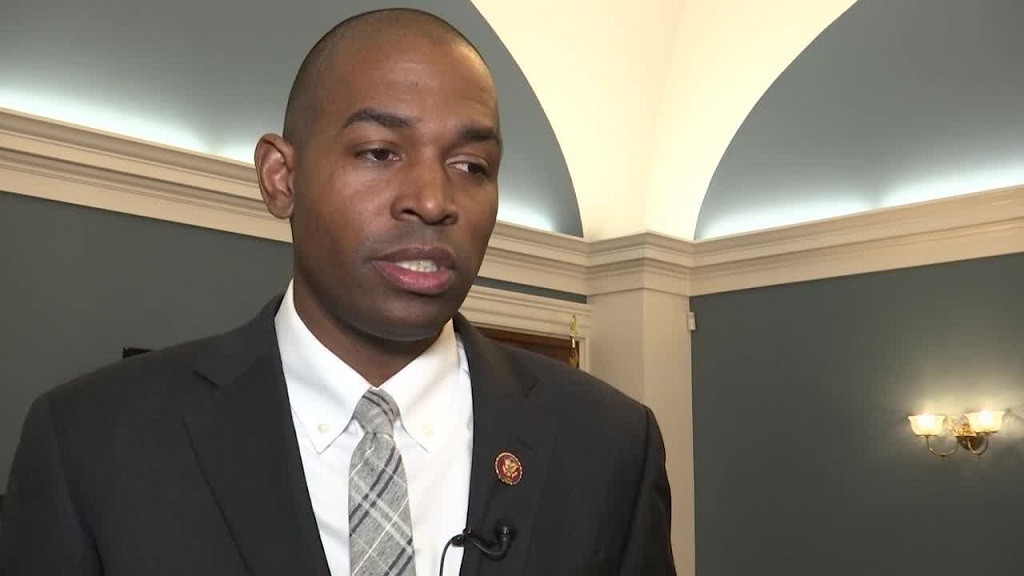 Enforcing the Broadband Speed Act would require internet service providers to report to the FCC the actual speed they can provide, rather than the maximum speed that might be possible in 7-10 business days under the current law.

The FCC would use this data to determine which broadband connectivity areas offer the speeds advertised and which areas have gaps in service. This bill also requires that new FCC funding awards be used for speeds of 100 Mbps or greater.

The new bill to improve flawed broadband mapping was introduced as a bipartisan bill to address the digital divide and provide broadband service at affordable prices for rural Americans. It corrects mistakes in federal broadband mapping practice and empowers local communities to dispute incorrect FCC claims regarding internet service status, the bill said.

“Flawed service maps compiled by the FCC paint an inaccurate picture of upstate broadband access,” said Delgado. “The Community Broadband Mapping Act gives our communities the ability to collect their data on broadband coverage so that they can challenge the FCC’s inaccurate mapping. It is unacceptable that in the 21st century, folks live without a reliable internet connection in the wealthiest county in the world. As the pandemic has made even more clear, broadband service isn’t a luxury—it’s a necessity.”

The Community Broadband Mapping Act grants USDA Rural Utility Service grants to local governments, electric/telephone groups, economic development organizations, and small internet providers so that they can collect information on local broadband coverage. This will provide communities incorrectly identified by the FCC as having broadband access with the information they need to contest the FCC’s designation.

According to LinkedIn, data harvested from 500 million profiles are part of a database for sale on a site popular with hackers, CNN reports.

In the first report to surface about the sale, CyberNews said that an archive was being offered for auction on a forum, including user IDs, names, emails, phone numbers, genders, professions, and links to social networks.

LinkedIn, which is owned by Microsoft, said the data for sale is an “aggregation from several websites and companies.” The LinkedIn user data does not include any information other than what has been made public on users’ profiles, according to LinkedIn.

“This is not a LinkedIn data breach, and no private member account data from LinkedIn was included in what we’ve been able to review,” the company said.

“When anyone tries to take member data and use it for purposes LinkedIn and our members haven’t agreed to, we work to stop them and hold them accountable,” LinkedIn added in a statement.

Thousands of Facebook Groups Have Been Removed for Trading Fake Reviews

Facebook has removed 16,000 groups for posting fake reviews on its platform in the United Kingdom, following criticism by the country’s regulator.

Facebook signed a deal with the Competition and Markets Authority in January 2020 to “better identify, investigate and remove pages and groups that have fake and misleading reviews, and prevent them re-appearing.”

Several unscrupulous traders engaged in a practice of buying fake positive reviews to boost sales on e-commerce sites – or leaving negative reviews on competitors’ sites – which was frequently coordinated on Facebook and Instagram, the CMA found.

Although Facebook agreed to act, a follow-up investigation showed that the “illegal trade in fake reviews” was continuing, the CMA said, and it had to intervene for a second time.

“Facebook must package size and scope all it can to stop the trading of such content on its platforms,” said Andrea Coscelli, the chief executive of the CMA. “After we intervened again, the company made significant changes – but it is disappointing it has taken them over a year to fix these issues.

“We have engaged extensively with the CMA to address this issue. Fraudulent and deceptive activity is not allowed on our platforms, including offering or trading fake reviews. Our safety and security teams are continually working to help prevent these practices,” a Facebook spokesperson said.