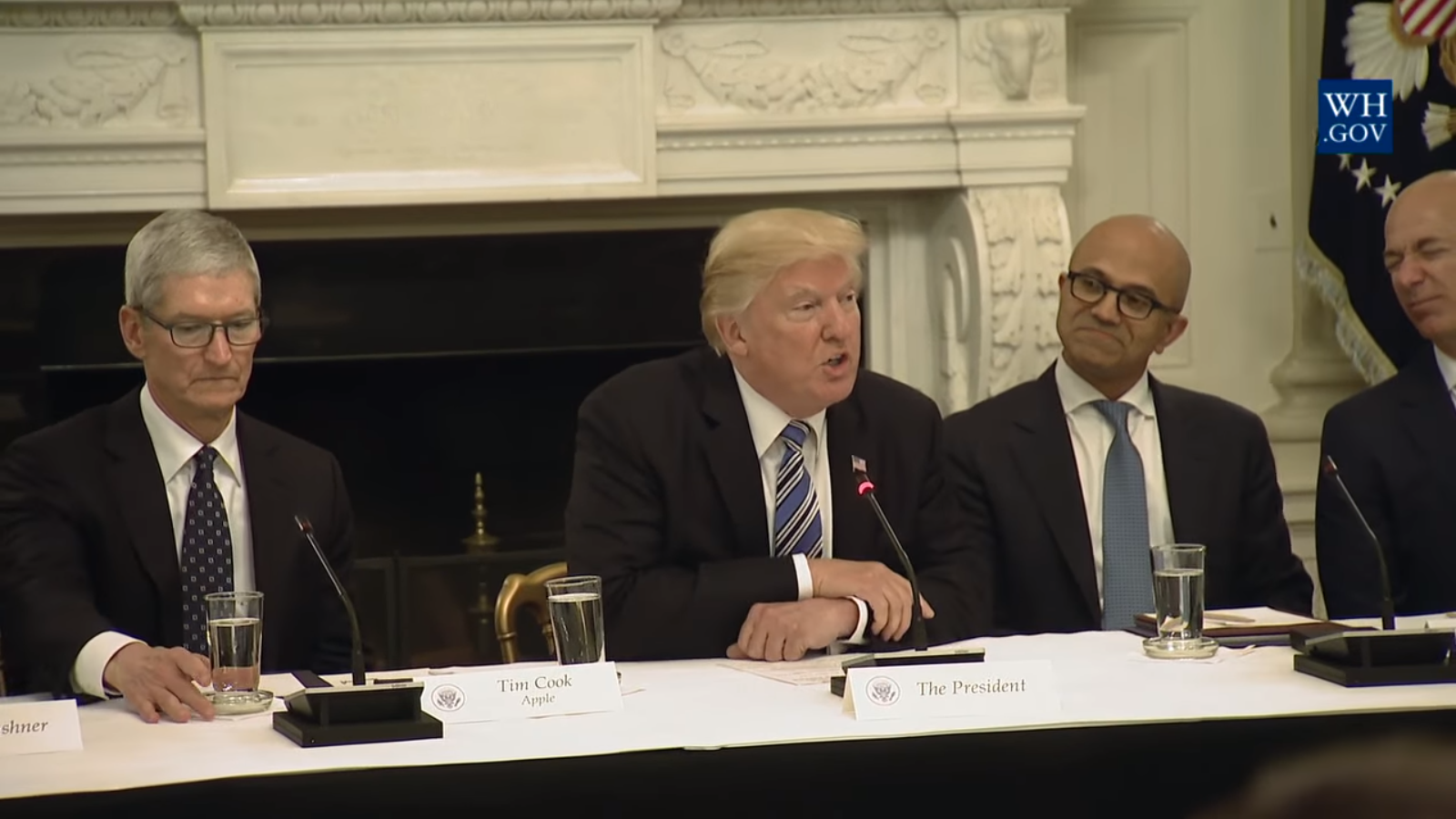 WASHINGTON, June 21, 2017 — President Donald Trump on Monday kicked off the White House’s “tech week” by calling for a “sweeping transformation of the federal government’s technology” while speaking during the first meeting of the American Technology Council.

The effort of information technology company CEOs – which Trump called an “incredible group” during their meeting — begins with an effort to improve the government’s cybersecurity efforts.

“Our goal is to lead a sweeping transformation of the federal government’s technology that will deliver dramatically better services for citizens, stronger protection from cyberattacks,” Trump said. “That’s a big problem, there’s no question about it.”

Trump could not resist making a crack about the hacking of the Democratic National Committee’s email servers during the 2016 election, telling cybersecurity vendor Akamai’s CEO that “the DNC could have used you” upon hearing a description of the company’s products and services.

The President also noted that his administration has already made some efforts to improve the federal government’s information technology systems, particularly within individual agencies known to be problematic, like the Veterans’ Administration.

Earlier in the day, White House Senior Advisor Jared Kushner also praised the “impressive” group of technology leaders. He said they would work with the Trump Administration to solve pressing problems.

“Together we will unleash the creativity of the private sector to provide citizen services in a way that has never happened before,” Kushner said. “We will foster a new set of startups focused on gov-tech and be a global leader in the field making government more transparent and responsive to citizens’ needs.”

Kushner noted that while he was warned that much of the federal bureaucracy has resisted much of the Trump Administration’s efforts to modernize the government, information technology workers have embraced the White House’s efforts.

“So far I have found exactly the opposite,” he said of the warnings.

But aside from suggestions from Apple CEO Tim Cook, who used his time at the White House to press Trump on immigration issues and to suggest that schools should require programming classes, many executives — in particular Amazon’s Jeff Bezos and Palantir’s Alex Karp — took the opportunity to call on the Trump Administration to buy their products.

Attendees at Monday’s event also included the top executives at Adobe, Google, Intel, Microsoft, Oracle and Qualcomm, as well as some of Silicon Valley’s leading investors, like Peter Thiel, who previously advised Trump during his presidential transition, and John Doerr.

The White House plans to continue its “tech week” on Thursday with another round of CEO meetings on matters like drone technology. FCC Chairman Ajit Pai will also be at the White House on Thursday to discuss the potential of so-called fifth-generation wireless technology and the Internet of Things.