WASHINGTON, June 28, 2017 – Self-driving vehicles will be able to help the disabled and elderly reach their destinations, said David Strickland, counsel for the Self-Driving Coalition for Safer Streets, at a hearing on Capitol Hill on Tuesday.

The hearing was hosted by the Digital Commerce and Consumer Protection subcommittee of the Energy and Commerce Committee, and the hearing was called “Self-Driving Vehicle Legislation.”

During the hearing, Subcommittee Chairman Bob Latta, R-Ohio, said that with traffic fatalities on the rise, self-driving vehicles might be a way to help address the problem.

“Last year there were over 40,000 fatalities and more than two million injuries on our nation’s highways,” Latta said. “Our goal today is to enact the right policies to encourage self-driving technologies that can drastically reduce those numbers.”

Latta said that self-driving vehicles will be a focus of the subcommittee for the years to come. As the technology advances, the need for oversight will increase, he said.

“The first step is to set the broad outlines to bring better safety and mobility to everyone,” Latta said. “We want the government to work actively with industry. It is important that we have these discussions in the early stages of innovation so that we do not limit the potential benefits.”

Rep. Jan Schakowsky, D-Illinois, said safety requirements for self-driving vehicles rely on testing, responsible deployment and consumer confidence. She said absent in the bills being proposed for self-driving vehicles is any direction from the National Highway Traffic Safety Administration. She added that Republicans aren’t proposing any requirements for a federal standard, and the legislation the subcommittee is working on should be a vehicle for “safety today and safety tomorrow.”

Energy and Commerce Committee Chairman Greg Walden, R-Oregon, said he saw how new technology in vehicles could save lives firsthand when he and his wife were once going somewhere.

“I was driving down the highway,” Walden said. “She was napping, and a big, black bird flew in front. The vehicle automatically braked.”

Frank Pallone, D-New Jersey, said that they are currently looking at 14 legislative bills with the deployment issues of self-driving vehicles.

“I support efforts that help get new technological advances on the roads faster, but we must review each bill through our safety lens,” Pallone said. “Only if we keep ‘safety first’ as our mantra can we get these initiatives to a place where they are ready to become law.”

Pallone said that it was troubling how little the subcommittee had heard from the NHTSA.

“Despite Congressional mandates, NHTSA wants to stop important safety laws,” Pallone said. “Inexcusably, the agency is resisting critical safety measures designed to ensure blind pedestrians know a quiet car is nearby or that parents or grandparents do not unintentionally back-over their little children.”

Strickland, in testimony, said he believes proposed legislation, dubbed “Let NHTSA Enforce Automated Vehicle Driving Regulations Act,” or LEAD’R Leader Act, is a first step for self-driving vehicles. States should be discouraged from writing a patchwork of inconsistent laws and regulations, he said.

Will Wallace, policy analyst for Consumers Union, said policy makers should set clear expectations and that self-driving cars must improve safety. He urged the subcommittee to embrace technological innovation and accountability.

Wallace said exemptions from federal safety standards should be limited to where the automated driving system can safely replace a human driver’s role. He also said consumers should know what kind of data the self-driving vehicles will be collecting from them.

“These would enact major changes in the laws,” Morrison said. “There would be less safety and more preemption, and it’s all in the name of technological advances.”

Morrison said the NHTSA currently has no rules on testing. He said the so-called LEAD’R Act limits states’ ability to do anything unless identical to something the NHTSA has done – and that NHTSA isn’t doing anything.

He said the NHTSA can make all information submitted by automotive companies confidential, and no one else will know if the vehicles are safe.

(Photo of self-driving vehicle by smoothgroover22 used with permission.) 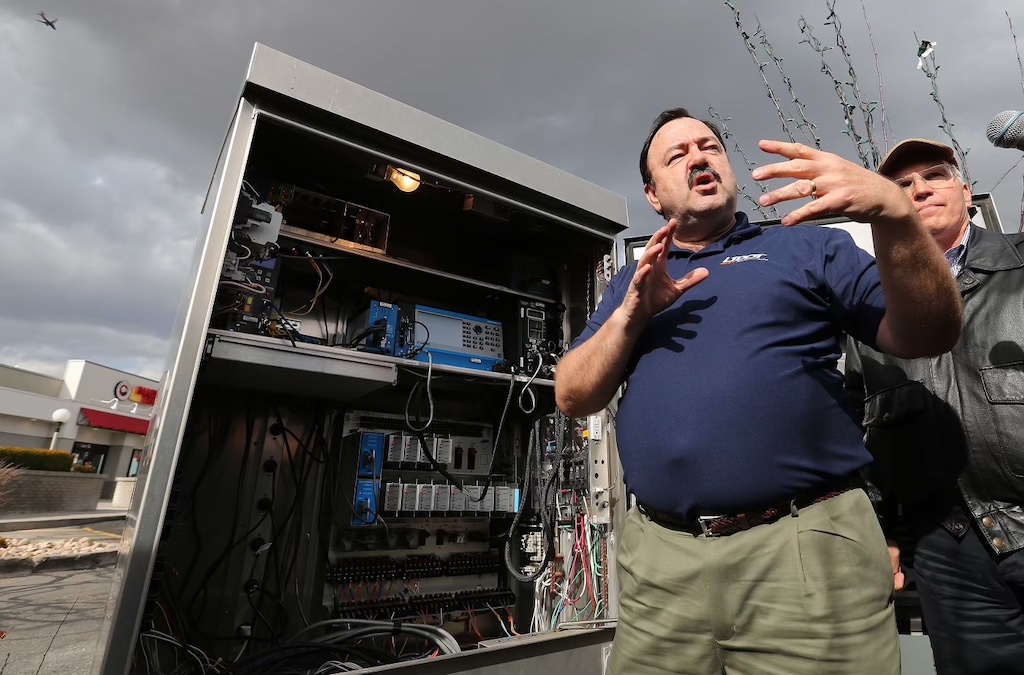