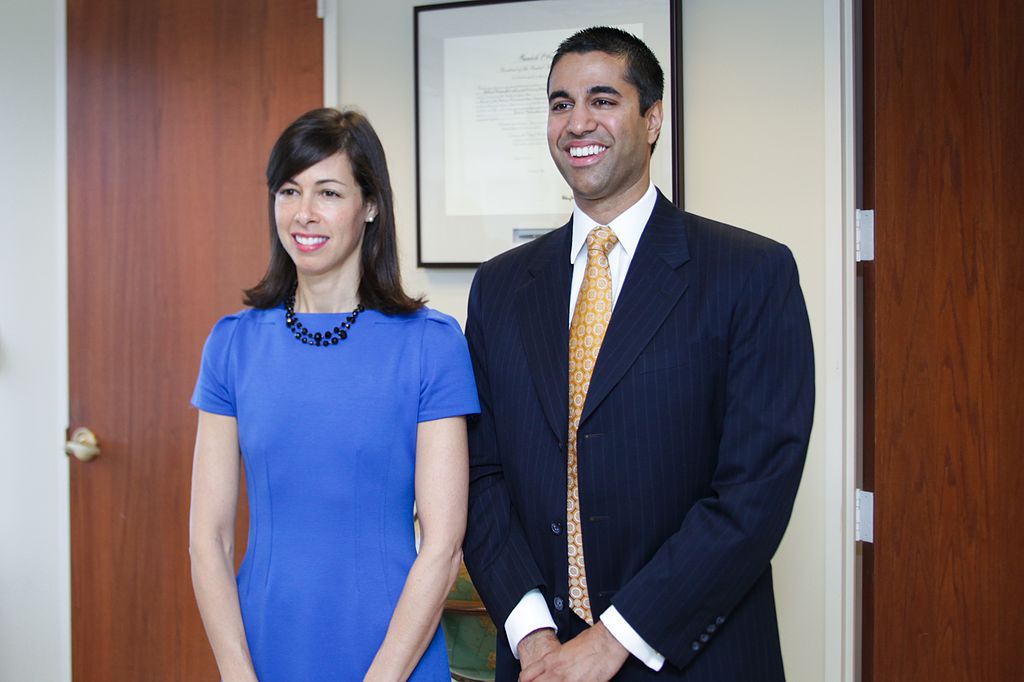 The hearing joined Pai, current FCC chairman, with Jessica Rosenworcel, who had been an FCC commissioner until her term lapsed at the end of last year, and Brendan Carr, a Pai ally at the FCC who has now been appointed to take the seat previously held by Obama’s FCC chair.

During the hearing Senate Commerce Committee, Jerry Moran, R-Kansas, introduced Pai and called him a friend and person of integrity. Richard Blumenthal, D-Connecticut, introduced Rosenworcel. Blumenthal said she has served well and that she has been a champion of issues on a bipartisan basis.

Cory Gardner, R-Colorado, introduced Carr and said that Carr has spent his life in telecommunications and would make a great commissioner.

Pai thanked President Donald Trump for his re-nomination. FCC commissioners serve for staggered five-year terms, but the president appoints the chairman. In the case of recent Republican presidents, the president has named a sitting commissioner to be chairman, as was the case with Pai, and with former Chairmen Kevin Martin and Michael Powell under President George W. Bush.

Pai also highlighted stories about broadband availability from around the country. He also praised his coworkers at the FCC.

“The choices we make today about communications technology, infrastructure and access are an inheritance for the next generation,” Rosenworcel said. “How we grapple now with the disrupting and democratizing effects of digitization will play no small role with determining America’s success in the future.”

She said the FCC’s values must be guided by four principles: public safety, universal access, competition and consumer protection..

Carr, who currently works at the FCC as the general counsel, touted bipartisanship, public safety, how broadband can harness the talents of every American.

Chairman John Thune, R-South Dakota, said the FCC has failed to get broadband to rural areas in a timely manner. When he asked the three nominees if they would work on this problem, all three said yes.

When Thune asked what could be done to speed up broadband deployment, Rosenworcel said all federal actors should use the same contracts to facilitate deployment on federal property.

Sen. Bill Nelson, D-Florida, asked Carr if he would think independently from Pai when making decisions, and Carr said he has disagreed with Pai before. Nelson repeatedly asked Carr to give an example, but Carr refused to give one.

Nelson asked Carr if he would wait before making changes to the E-Rate program, a school and library program in the Universal Service Fund. Carr said he would approach the topic with an open mind.

Sen. Mike Lee, R-Utah, probed the impact of the FCC 2015 net neutrality order, and asked whether it had discouraged companies from investing in broadband in rural areas. Pai agreed that it was a concern.

But Sen. Ed Markey, D-Massachusetts, countered that the net neutrality rules didn’t impose burdens on companies. He asked Pai what he is trying to fix. Paid replied that the regulations had dampening infrastructure investment.

Pai also said the deployment of 5G is important, but did not provide a timeframe for deployment or for FCC action.

Sen. Brian Schatz, D-Hawaii, asked Carr what weight millions of comments on net neutrality had on him. Carr said the comments show how passionate people are on the issue.

Blumenthal asked the nominees if the price of broadband was going up across the country, and Rosenworcel replied that her own broadband cost was going up.

Pai also said the FCC is taking steps to make sure that broadband mapping is accurate in the future.

(Photo of FCC Commissioner Jessica Rosenworcel and FCC Chairman Ajit Pai at the time of their first confirmation hearing in 2012, by the FCC.)