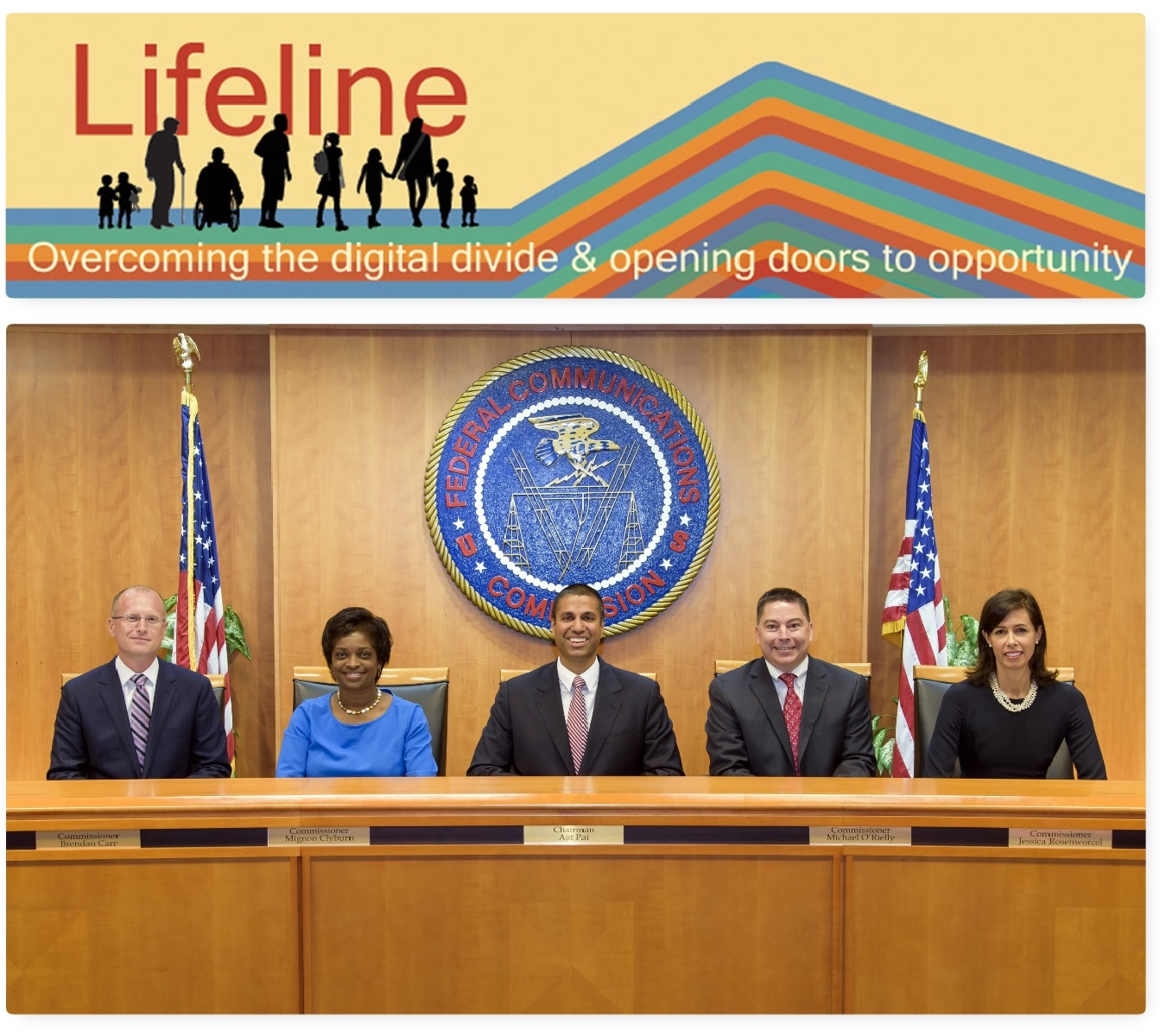 The vote took place during a contentious open meeting at the commission’s headquarters on Thursday. The Republican majority also voted to end restrictions on media consolidation that have been in force for decades.

Under the new Lifeline rules — which take effect immediately — poor consumers will no longer be able to purchase phone or broadband internet services from telecommunications resellers like TracFone, Simply Wireless, and numerous other service providers.

Such providers are called resellers because they do not own their own networks, and instead resell capacity bought wholesale from network operators like AT&T, Verizon, and Sprint.

Under the new Lifeline rules, only facilities-based carriers need apply

Only so-called “facilities-based carriers” — telecommunications companies that own and operate their own networks — will be allowed to participate in the Lifeline program by offering subsidized plans. The plans are subsidized by the Universal Service Fund, which is funded from small charges on consumers’ landline phone, wireless, and broadband Internet service bills.

The new restrictions will most heavily impact tribal lands, many of which largely depend on resellers for all of their telecommunications services. In addition to the service provider restrictions, the commission eliminated an extra $25 subsidy once available to anyone living on tribal lands. Under the new rules, only tribal consumers living in rural areas will be eligible for the extra $25 subsidy.

Republicans on the FCC said the change was necessary to prevent waste, fraud, and abuse. The Lifeline program has been criticized by conservatives since the program — which began under then-President Ronald Reagan — expanded to allow Lifeline subsidies to be used to purchase wireless phone service.

The Lifeline expansion began as a pilot program under then-FCC Chairman Kevin Martin, the FCC chairman during the George W. Bush administration from 2005 to 2009.

But when providers began advertising the subsidized service to lower-income consumers a few years later, Republicans began to mock the program by calling the subsidized wireless plans “Obamaphones.” Such criticism was amplified by a racially-tinged viral video featuring an African-American woman shouting to “keep Obama in president” because “he gave us a phone.”

Under the new rules, however, far fewer consumers will be eligible for wireless Lifeline services because not all “facilities-based” wireless carriers offer subsidized plans.

Democratic Commissioner Mignon Clyburn assailed the new restrictions in a statement before the vote, telling the assembled crowd that despite assurances from the GOP majority, the plan would not help bridge the digital divide.

“It is a bridge to nowhere,” she said. “It proposes to shirk one of the four pillars of our universal service promise – affordability – but I can only hope that this commission and its majority sees the error of its ways before it does further harm to those Americans trapped in economic distress.”

Clyburn’s Democratic colleague, Commissioner Jessica Rosenworcel, said that the changes to the program were not “real reform,” but were in reality “cruelty.”

“It is at odds with our statutory duty,” she said. “It will do little more than consign too many communities to the wrong side of the digital divide.”

Rosenworcel also noted that despite Republican assertions that the new rules were needed to prevent fraud, the FCC was in the process of implementing new controls to do just that, and her GOP colleagues were “discard[ing] its possibilities before we even begin,”

In a statement, Pai said he was adamant that the reforms were necessary and would accomplish needed goals.

“The reforms that we implement and propose today seek to accomplish two important objectives: (1) curtail the waste, fraud, and abuse that continue to plague the Lifeline program and (2) make Lifeline more effective at bridging the digital divide on behalf of low-income Americans,” he said.

His Republican colleagues also maintained that the changes were necessary. Commissioner Mike O’Rielly said that the reforms were “necessary fixes” and that the FCC had a responsibility to protect taxpayer money, despite the fact that Lifeline isn’t funded by tax dollars.

O’Rielly added that Lifeline was meant to be a discount service program — not a free one — and that there should be some way of requiring a minimum contribution from even the most destitute consumers.

The newest member of the FCC, Republican Commissioner Brendan Carr agreed. “I am glad that we’re now taking action to increase accountability while at the same time considering ways to target Lifeline support to consumers and communities that need it most,” he said.

Markey calls Lifeline the ‘Medicaid of the telecommunications universe’

Sen. Ed Markey, D-Mass., a member of the Senate Commerce Committee that has oversight over the FCC, also assailed the commission’s decision to restrict Lifeline services.

“The FCC also voted to advance a proposal that threatens to cut the very lifeline that helps tens of thousands of Bay Staters access critical telephone and internet services,” Markey said.

“The Lifeline program is the Medicaid of the telecommunications universe, and any attempt to cap funding, limit benefits, or reduce the number of providers for this critical program could exacerbate the digital divide and deprive disadvantaged communities the opportunity to access key educational, employment, and emergency services.”

Pushing Advanced Applications to the Edge With Deeper Fiber