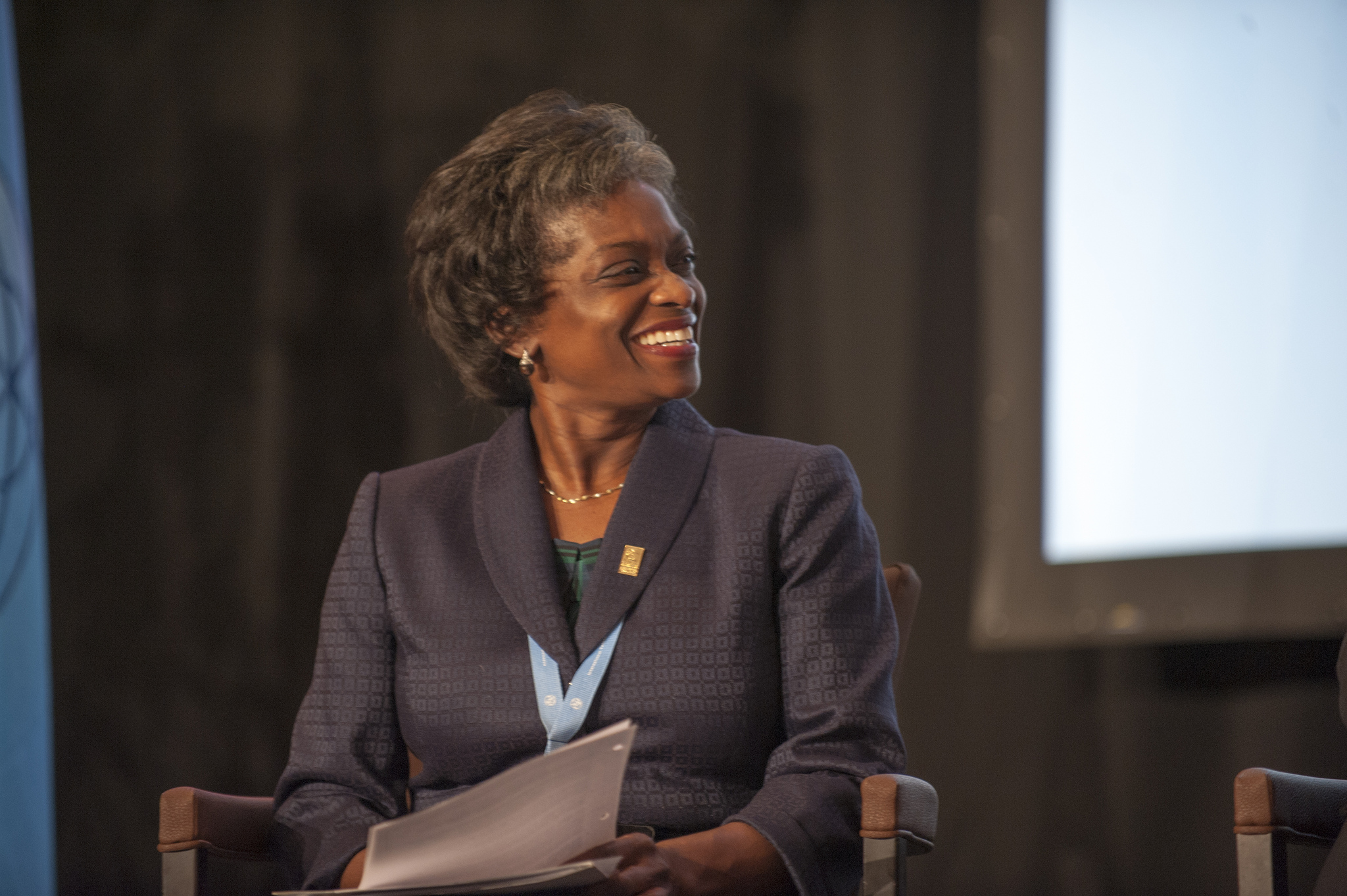 WASHINGTON, November 1, 2017 — After nearly a year in the minority on the Federal Communications Commission, Democratic FCC Commissioner Mignon Clyburn  told reporters on Wednesday that she has had enough of a Republican majority that “is not putting consumers first.”

“The first 10 months [under Chairman Ajit Pai] have been a direct attack on consumers and small business,” Clyburn said during a media availability in the Rayburn House Office Building.

Clyburn expressed her opposition to a number of policies enacted since Pai — with whom she has served since 2012 — became chairman upon Donald Trump’s inauguration as president. Pai has reversed rules on business data services, inmate calling rates, broadband privacy rules, and allowing communications resellers to participate in the Universal Service Fund’s Lifeline program.

“These are the types of things I can no longer be silent about,” she said.

The decision to revoke that permission, which the majority justified with allegations of fraud by resellers, is the start down a “sad path” for anyone who cares about closing the digital divide, Clyburn lamented.

She added that allowing resellers to take part in lifeline has the effect of letting the government — and not the market — decide what products and services should be offered by companies. Such a policy will stifle the market by dictating companies’ business models, she said.

“Instead of allowing for innovation and investment in a broad array of services…we are short-circuiting opportunities…to chose the affordability gaps for telecommunications and broadband services,” she said.

Clyburn pointed out that supporting such policies, combined with the decision by the Republican majority to roll back open internet rules, shows a lack of sincerity on the part of Pai when it comes to increasing access for low-income Americans, and will make it harder for the FCC to do so by erecting more barriers to entry for the nation’s most vulnerable consumers.

Clyburn accuses Pai of hypocrisy in talking about the digital divide

“What I hear the chairman talk about closing the digital divide, the only word I can think of when it comes to this circulated item is hypocrisy,” she said.

Despite the divisions within the FCC on Lifeline and on open internet rules, Clyburn said she and her colleagues have been responsive “both individually and collectively” when it has come to responding to the devastation wrought in Puerto Rico by Hurricane Maria.

Clyburn and her colleagues, she said, have been in touch with Puerto Rican officials and with other stakeholders on the ground, and so far she has heard “no major complaints” from either group.

While she admitted that no response to such a tragedy could be perfect, the FCC has been “front and center” during the beginning stages of the rebuilding process.

(Photo of Mignon Clyburn in July 2013 at the Global Symposium for Regulators by ITU Pictures used with permission.)