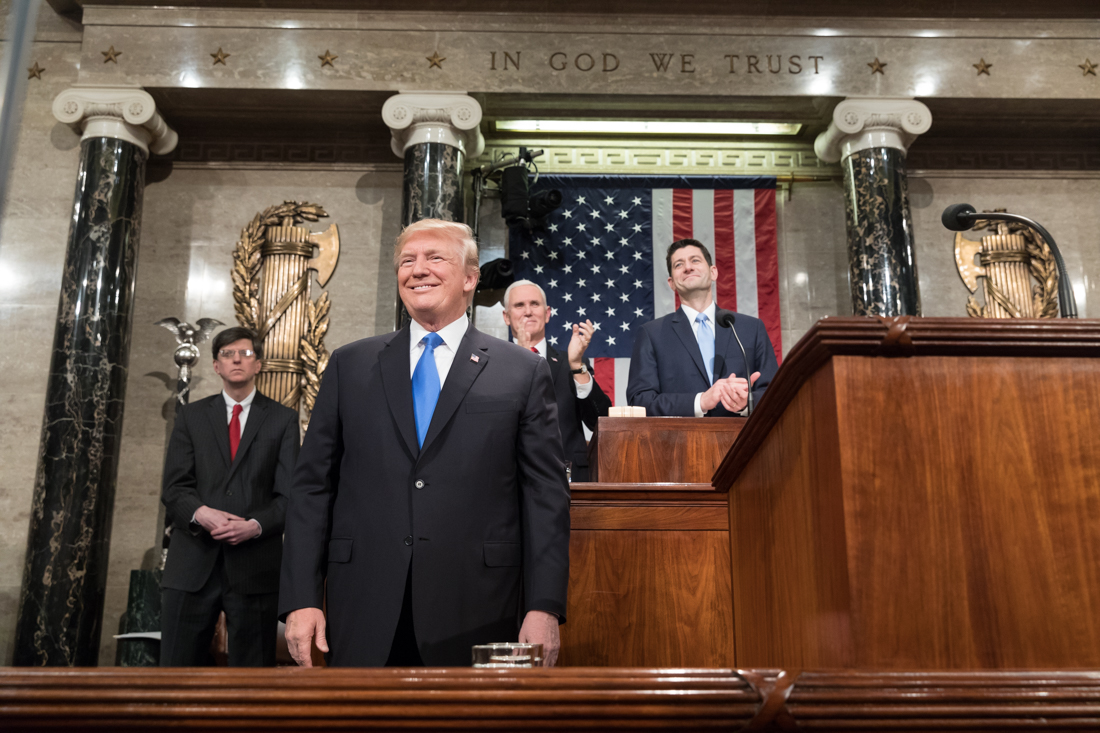 WASHINGTON, February 6, 2018 – The Trump administration will unveil principles for its long-awaited plan to spend $1.5 trillion on revamping the nation’s infrastructure this coming Monday, a White House official confirmed to BroadbandBreakfast.com.

Trump alluded to the forthcoming plan during his first State of the Union address last week, when he called on Congress to craft an infrastructure plan that would encourage collaboration among state and local governments, as well as the use of public-private partnerships “where appropriate.”

The president, however, did not go into detail as to any specific proposals or priorities. Nor did he specifically discuss broadband internet as part of his broader infrastructure plan

But a fact sheet distributed to reporters during Trump’s speech provided additional details that matched up with a leaked document purporting to be a list of principles for the forthcoming plan. The leaked document also revealed that unlike the Obama administration, which distributed a combined $7.2 billion in loans and grants for broadband programs under the American Reinvestment and Recovery Act, the Trump administration is making few provisions for building out broadband through fiber, wireless, or any other manner of 21st century infrastructure.

The only aspect of the forthcoming plan that specifically includes broadband or telecommunications projects is a “Rural Infrastructure Program,” which would set aside one quarter of any funds appropriated under the plan for projects which are “designed to encourage investment to enable rural economies.”

Fifty percent of appropriated funds – approximately $750 billion, if the plan is fully funded – would be directed toward an “Infrastructure Incentives Initiative.” That program would “[encourage] state, local and private investment in core infrastructure by providing incentives in the form of grants,” which would be conditioned on achieving milestones set out in grant proposals within an identified time frame.

But many jurisdictions would not be permitted to even consider using III grants for such projects because many states have passed laws to prohibit the construction of municipal broadband networks, since such networks would compete with commercial telecommunications providers such as Verizon and Comcast.

The Trump infrastructure “principles” will be made public Feb. 12, the same day on which the administration will release its budget blueprint for the fiscal year 2019, which begins Oct. 1.

While the White House also put forth a proposed budget for the current fiscal year 2018, the government is currently operating on a continuing resolution which maintains funding levels based on last year’s budget, as Congress has not yet passed any appropriations bills for FY2018.

Although funding based on the most recent continuing resolution run out after Feb. 8, Congress has not yet passed another funding bill due to disagreements in the areas of military spending and immigration policy, as some Democrats want to use a must-pass bill to keep the government open as a vehicle for legislation to grant legal status to children brought to the U.S. illegally.

(Photo of Donald Trump at the State of the Union address on January 30, 2018, by the White House.)