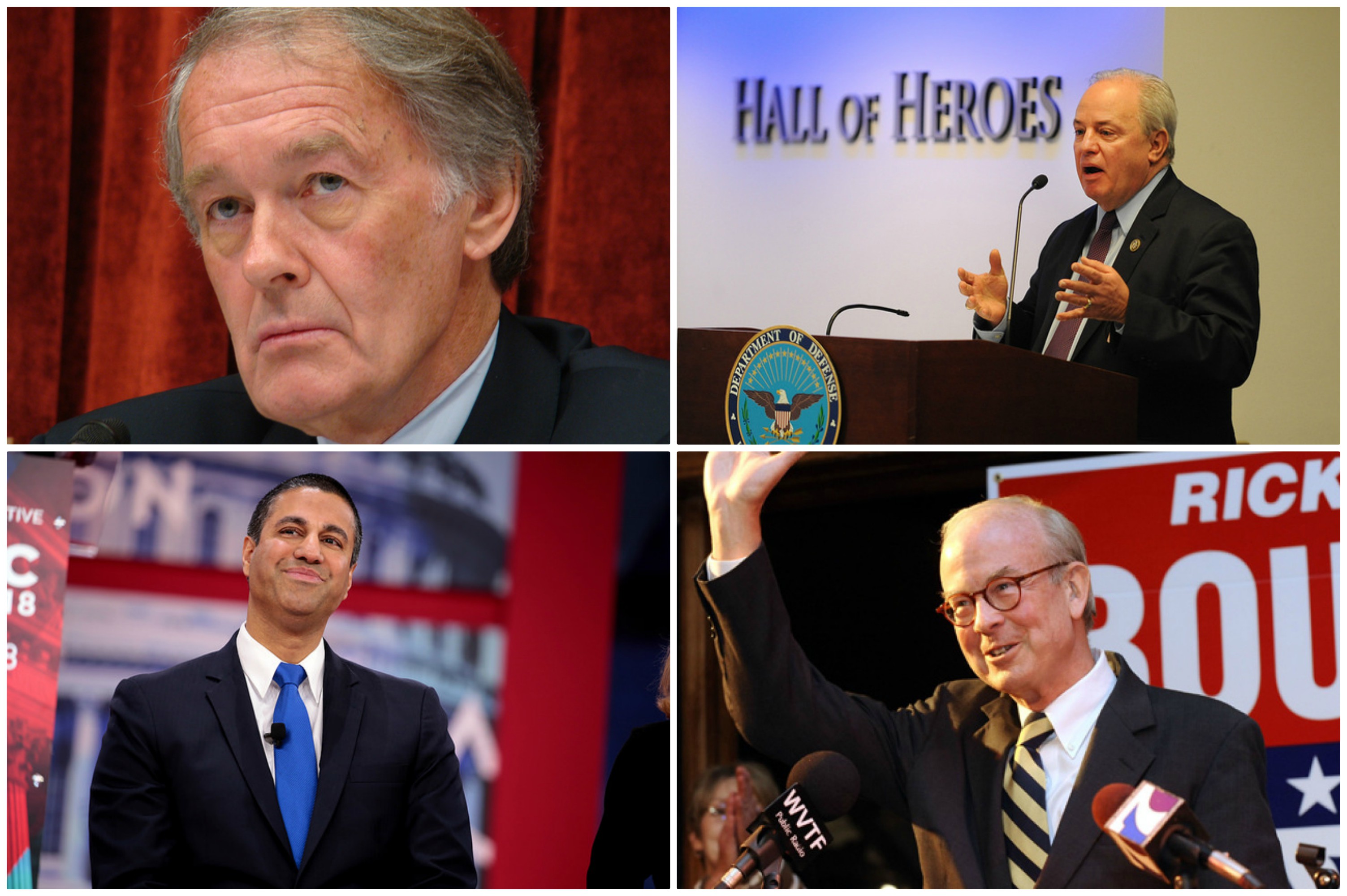 This article was written and reported by Andrew Feinberg and Heather Heimbach.

WASHINGTON, June 12, 2018 – As the Federal Communications Commission’s repeal of Obama-era network neutrality rules took effect Monday, Democrats and net neutrality advocates vowed to continue the effort to use a Congressional Review Act resolution to roll back the new FCC rules.

“There will be no eulogy today for net neutrality,” said Sen. Ed Markey, D-Mass., a longtime network neutrality advocate and a member of the Senate Commerce Committee.

“The FCC will not have the last word when it comes to net neutrality, the American people will,” he said. “The fight to restore net neutrality rules has new urgency today and moving forward as we continue to work in the House of Representatives to repeal the FCC’s terrible decision.”

Markey urged House Speaker Paul Ryan, R-Wis., to call for a floor vote on a companion bill to the CRA resolution passed by the Senate last month. The CRA measure, if it passed both chambers and were signed by the president, would void the laissez-faire “regulations” promulgated by the FCC in December 2017, under agency Chairman Ajit Pai.

The sponsor of that companion CRA bill, Rep. Mike Doyle, D-Pa., noted that “an overwhelming majority of Americans” support network neutrality despite the FCC’s refusal to follow public sentiment, but that it was “still possible” to save the policy by passing his resolution.

“The Senate has voted to overturn the FCC order that killed off net neutrality,” Doyle said. “Now the House must do the same.”

“By refusing to bring up the Senate-passed resolution to restore net neutrality, which passed the Senate by a powerful bipartisan vote, House Republican leaders gave a green light to the big ISPs to charge middle-class Americans, small business owners, schools, rural Americans, and communities of color more to use the internet,” Schumer said, adding that the entire Senate Democratic Caucus had sent Ryan a letter urging him to move Doyle’s bill forward.

Schumer said that Republicans, except of the three GOP Senators who sided with the Democrats, were choosing large corporations and special interests over American families.

“Every Republican who opposed this vote will own any and all of the damaging consequences of the FCC’s horribly misguided decision,” he warned.

Republican FCC Chairman Ajit Pai defended his agency’s repeal of Obama-era network neutrality rules in an op-ed for C-Net. He said the “Restoring Internet Freedom Order” will only improve the internet for users.

“Under the Federal Communications Commission’s Restoring Internet Freedom Order, which takes effect Monday, the internet will be just such an open platform. Our framework will protect consumers and promote better, faster internet access and more competition,” Pai wrote.

Pai attempted to bolster the FCC’s decision through claims that the new regulations introduces stronger transparency laws and hence more protection for the consumer.

He also lauded his agency passing power to the Federal Trade Commission for enforcement actions.

“Our approach includes strong consumer protections,” Paid said. “For example, we empower the Federal Trade Commission to police internet service providers for anticompetitive acts and unfair or deceptive practices. In 2015, the FCC stripped the FTC – the nation’s premier consumer protection agency – of its authority over internet service providers.

“This was a loss for consumers and a mistake we have reversed. Starting Monday, the FTC will once again be able to protect Americans consistently across the internet economy, and the FCC will work hand-in-hand with our partners at the FTC to do just that.”

The IIA issued a statement of support for today’s decision, calling it “the right decision” for consumers, investors, and “for the internet itself, as the internet will once again be subject to the rules under which it grew and flourished for nearly 20 years.”

Despite expressing support for the FCC’s rollback of Title II regulations, the IIA’s statement also addressed fears that the repeal of net neutrality will empower internet service providers to discriminate against certain websites or services.

“But as grateful as we are for the Commission’s action and today’s implementation, we cannot rest here. The broadband internet is too important to our national life,” read the statement.

“We once again call on Congress to pass, this year, a law protecting the core principles of an open internet – no blocking, no throttling, no censorship, no unfair discrimination based on online content – and including robust consumer privacy protections that apply to all entities in the internet ecosystem and no matter how consumers access the internet.

“Only that action can settle the issue permanently and ensure that the principles of a truly open internet will have the force of statutory law,” IIA said.