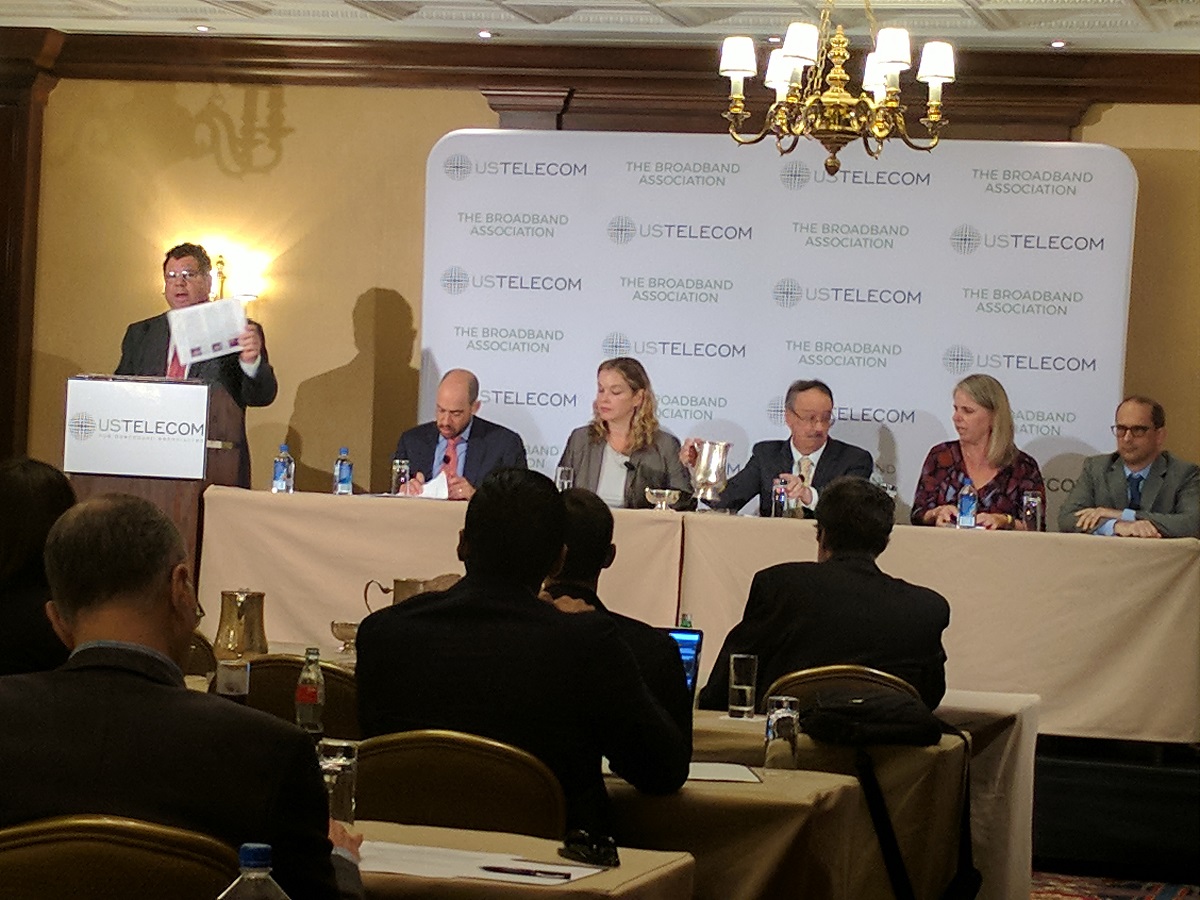 WASHINGTON, June 8, 2018 – Concerns that consumers will fail to adopt even basic security measures to protect themselves – and thereby endanger the entire internet ecosystem – is becoming an increasingly dire issue.

That was the message delivered at a Thursday cybersecurity policy forum hosted by the trade group US Telecom. Panelists included public and private sector individuals that had worked on a cybersecurity Executive Order released a year ago.

The May 2017 Cybersecurity Executive Order called for the Departments of Commerce and Homeland Security to form a united front in improving cybersecurity, with a focus on transparency. It also required a first draft released in January and a final report recently released on May 30.

With botnet and malware attacks, how to motivate consumers to care about cybersecurity?

The most recent report reflects a need for partnerships across the private and public sector to develop cybersecurity controls across botnet attacks and malware threats.

Although the report took a year to be released, industries and agencies have taken the initiative to develop cybersecurity measures on their own, such as the so-called “moonshot” being undertaken by the National Security Telecommunications Advisory Committee, a Homeland Security body.

Yet the advisory committee  report continues to raise concerns about how to motivate consumers and manufacturers to care about cybersecurity.

“One whole goal is about education and awareness,” said Tim Polk, a computer scientist at National Institute of Standards and Technology specializing in cybersecurity against botnet and other threats, stressing the importance of consumer awareness.

Getting computer security warnings to take a more user-friendly approach

The newly released report, he said, talks about voluntary labeling schemes, assessment schemes, and other various tools that serve to give manufacturers the ability to package information in a more user-friendly way.

Indeed, Polk said that the majority of customers said they would be willing to pay 10 to 15 percent more for a secure connection, yet they did not know how they could ask for that.

If businesses can educate customers on how to ask for secure connections, enough consumers will pursue those connections that manufacturers will be pushed to improve security in their devices.

Chris Boyer, a representative of AT&T on the National Security Telecommunications Advisory Committee, suggested that a labeling system for devices may help consumers make better decisions about security.

At the same time, he said, “We can’t push the responsibility for security down to the customer. If we are going to rely on consumers and users to be their own system administrators and secure the environment, that’s bound to fail in the long run.”

Remaley expressed that there is a significant amount of work to be done in this area, but the innovation will improve the situation.

(Photograph of US Telecom event by Heather Heimbach.)

WASHINGTON, August, 24, 2022 – Companies should assume that new programs installed on company systems pose a threat to their networks to ensure a vigilant position on hacking risks, according to an expert on cybersecurity, after the country faced a number of high-profile cyberattacks recently.

The zero trust approach in which the default position is one of distrust of new programs was touted by Osman Saleem, cybersecurity and privacy director of operational technology and internet of things at professional services firm PricewaterHouseCoopers in Canada, who was speaking as a panelist on a Fierce Telecom event on Monday.

The event heard that the vast majority of security breaches at companies were a result of human error, including clicking on links containing malicious software (malware) that can wreak havoc on and suspend company systems. Data, in the case of a ransomware attack, can be locked away until the company pays a monetary sum to get it back.

Fred Gordy, director of cybersecurity at smart building company Intelligent Buildings, said companies sometimes don’t even back-up their systems in the event of an attack and only end up doing so in response to an attack.

Gordy also encouraged the zero trust approach to company security by assuming all digital programs and software have malware.

Saleem proposed that cybersecurity documents be reviewed and revised regularly because the cyber landscape always changes. This, he said, can protect the digital infrastructure of the companies’ systems, operations and employees.

A House Oversight and Reform committee investigation concluded that certain hacks on companies were perpetrated through, in one example, an employee accepting a fake browser update. In the case of Colonial Pipeline and JBS, the use of many devices connected to the internet (IoT), the investigation found mass-produced factory password settings may have been the point of vulnerability.