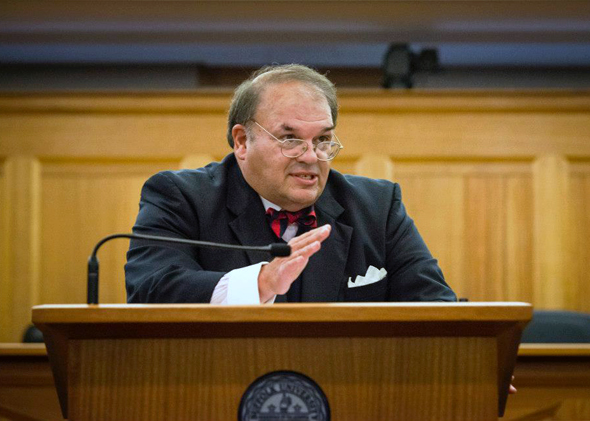 WASHINGTON, June 12, 2018 – A federal district judge on Tuesday ruled that AT&T can proceed with its $85 billion merger with entertainment giant Time-Warner, spurning Justice Department arguments that the allowing the deal to proceed would harm consumers by driving up cable television costs.

District Judge Richard Leon flatly rejected the Justice Department’s  contention that merging with Time-Warner would give AT&T a reason to charge competitors to its own DirecTV service higher carriage rates for “must have” content owned by Time-Warner.

The ruling put an end to a rare government intervention into a so-called “vertical” merger, which took on political overtones as a result of President Donald Trump’s repeated attacks on one of Time-Warner’s brands, the cable news channel CNN.

Trump’s attacks on the merger – and the news network – date back to his days as a candidate for the presidency.

Those attacks took on a different cast in November after Trump tweeted out a fresh attack just days after the Department of Justice’s antitrust division sued to block the deal, leading to questions as to whether the president personally ordered the suit in retaliation for CNN’s coverage of him.

“[Fox News] is much more important in the United States than CNN, but outside of the U.S., CNN International is still a major source of (Fake) news, and they represent our Nation to the world very poorly,” Trump wrote on November 25. “The outside world does not see the truth from them!”

While the White House has repeatedly denied that Trump had any hand in the Justice Department’s decision-making process, Trump attorney Rudolph Giuliani raised doubts as to the administration’s candor last month when he told The Huffington Post that “the president denied the merger.”

“They didn’t get the result they wanted,” Giuliani said.

He later walked back his comments shortly after during an interview with CNN in which he said Trump did not interfere in the department’s  internal deliberations.

Asked whether the president was aware of the decision, White House spokesman Hogan Gidley said he did not yet have any information on the matter.

Democrats and consumer advocacy groups blasted Judge Leon’s decision as one that will harm consumers.

“This ruling is an assault on consumers, choice, and innovation,” said Senator Ed Markey, D-Mass.

“I fear this decision will only further fuel merger mania in the telecommunications and other markets.”

“In the meantime, not only may consumers be harmed directly by the anticompetitive harms that this merger will cause, such as higher bills and fewer choices of programming and provider, but also by the many other mergers it will encourage,” he said in a statement.

“Now, more than ever, we need reinvigorated regulatory oversight of the video marketplace — such as program access and program carriage rules — to ensure that smaller distributors and programmers, and consumers, aren’t harmed by an increasingly uncompetitive market.”