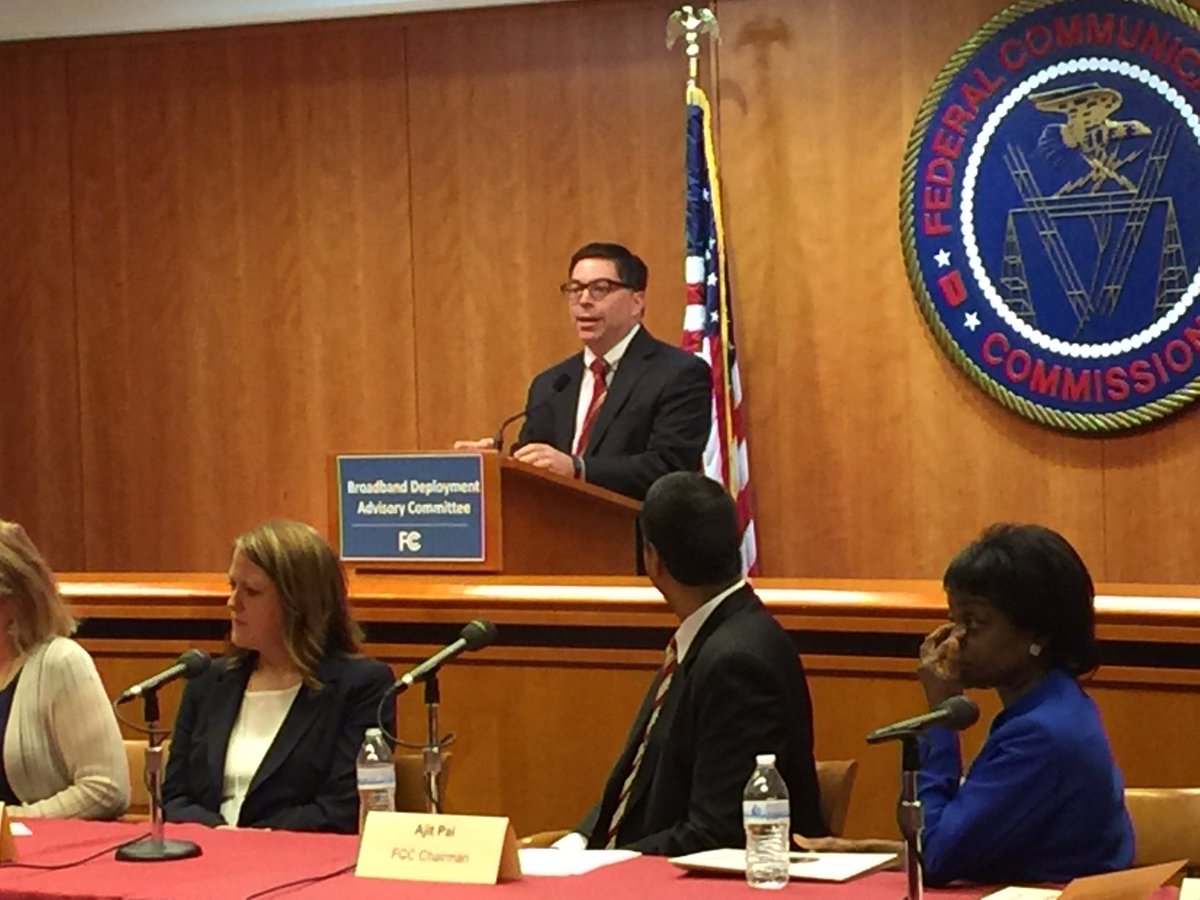 The announcement may be one more volley in the back-and-forth feud between local governments and the agency over a perceived lack of municipal representation on the important advisory committee.

Particularly significant in the dispute have been the role of the FCC, versus local government, over the deployment of broadband infrastructure that may pertain to greater 5G deployment.

A new vice chair for BDAC, who manages rights of way for Lincoln, Nebraska

The July 2 appointment of David Young to serve as the new vice chair is perhaps in response to outrage over the lack of local government representation on the BDAC board. The FCC said that he would represent the National League of Cities on BDAC.

He is the fiber infrastructure and right of way manager for Lincoln, Nebraska. Previously, he served on a working group of BDAC devoted to proposing a “model code” for municipalities on infrastructure.

Fears that the BDAC is falling apart were sparked after two local government officials left, and a series of letters filed through March and June were issued from local officials, protesting the FCC’s treatment of municipalities.

In March, the non-profit group Next Century Cities, which advocates for broadband on behalf of localities, sent a letter to the FCC from 36 mayors and municipal government leaders. The letter voiced concerns that the FCC would harm the public by removing local zoning and regulatory authority.

FCC Commissioner Mike O’Rielly has been particularly critical of municipalities. In September 2017, he said there were “bad actors” on 5G development from the local level. He went on to describe how the FCC needs to “preempt” localities from purposefully obstructing broadband deployment efforts.

“We are going to need to preempt those localities that are either trying to extract a bounty in terms of profit that they think there’s an opportunity to extract from wireless providers and therefore consumers, or that has a process that will delay and belabor the deployment of technology,” O’Rielly said.

Next Century Cities strongly refuted the idea that localities would try to seek a “bounty” or “delay and belabor” technological development.

“Our residents and businesses appropriately balk at the placement of a 100-foot monopole on their lawn with no recourse, or to having their local government’s hands tied when it comes to the public recovering just compensation for the use of the public’s right of way,” wrote Next Century Cities.

The cities’ letter is part of a larger trend of local government officials voicing opposition to and even resigning from federal committees in protest against the FCC’s skewed priorities.

On June 14, a group of organizations including National Association of Telecommunications Officers and Advisors and the National League of Cities filed a similar letter criticizing the FCC for disregarding municipalities’ concerns in BDAC decision-making processes.

The letter accused BDAC of holding “the presumption that local governments are a barrier to broadband deployment.” The group argued that the presumption, combined with a lack of local representation, casts doubt on the BDAC’s ability to make balanced decisions about matters that will heavily impact localities.

Only one of the 29 of the original members of BDAC represented a local district: Mayor Sam Liccardo of San Jose, California. In contrast, the report cites BDAC and working group representatives as “overwhelmingly members of the telecommunications industry.”

Liccardo resigned from the BDAC in January 2018, leaving the position as vice chair on the model code working group.

In his resignation letter, Liccardo accused the BDAC of “advancing the interests of the telecommunications industry over those of the public” and therefore furthering the digital divide, despite how Chairman Pai claimed it was a priority to close the divide.

“The apparent goal is to create a set of rules that will provide industry with easy access to publicly-funded infrastructure at taxpayer-subsidized rates,” Liccardo said, “without any obligation to provide broadband access to underserved residents.”

On March 28, another local government representative on the BDAC followed in his footsteps.

Miguel Gamiño Jr., who had been added subsequent to the original announcement of members, resigned citing similar criticisms. Gamino is chief technology officer of New York City. He, too, said that BDAC was favoring private industry over public interest.

“In our own working group, there have been no efforts to add more voices familiar with city operations or to replace the former working group Vice Chair San Jose Mayor Sam Liccardo,” Gamino Jr. said in his letter of resignation.

There would be no replacement for Gamino Jr. after he left the position, based on the complaints he submitted in the letter.

A partisan divide on the FCC over local government issues

Commissioner Jessica Rosenworcel, currently the lone Democrat on the FCC, hasn’t been silent in the face of O’Rielly’s disparagement of municipalities over 5G deployment.

In a June 11 speech to the Conference of U.S. Mayors, Rosenworcel explained that in the FCC’s discussion around broadband development, the setting often is a “fictional city” constructed to cast local governments in a negative light. The city officials of the fictional city quickly become obstacles standing in the way of 5G development.

“The group was loath to admit that cities and towns could be something other than impediments to broadband deployment,” Rosenworcel said of the BDAC that Liccardo resigned from.

Commissioner Rosenworcel backed Liccardo’s decision to leave the BDAC, praising him for pushing his real city – and not the imaginary city fueling 5G imaginations – towards 5G by securing relationships with carriers and gathering funding without BDAC’s assistance.