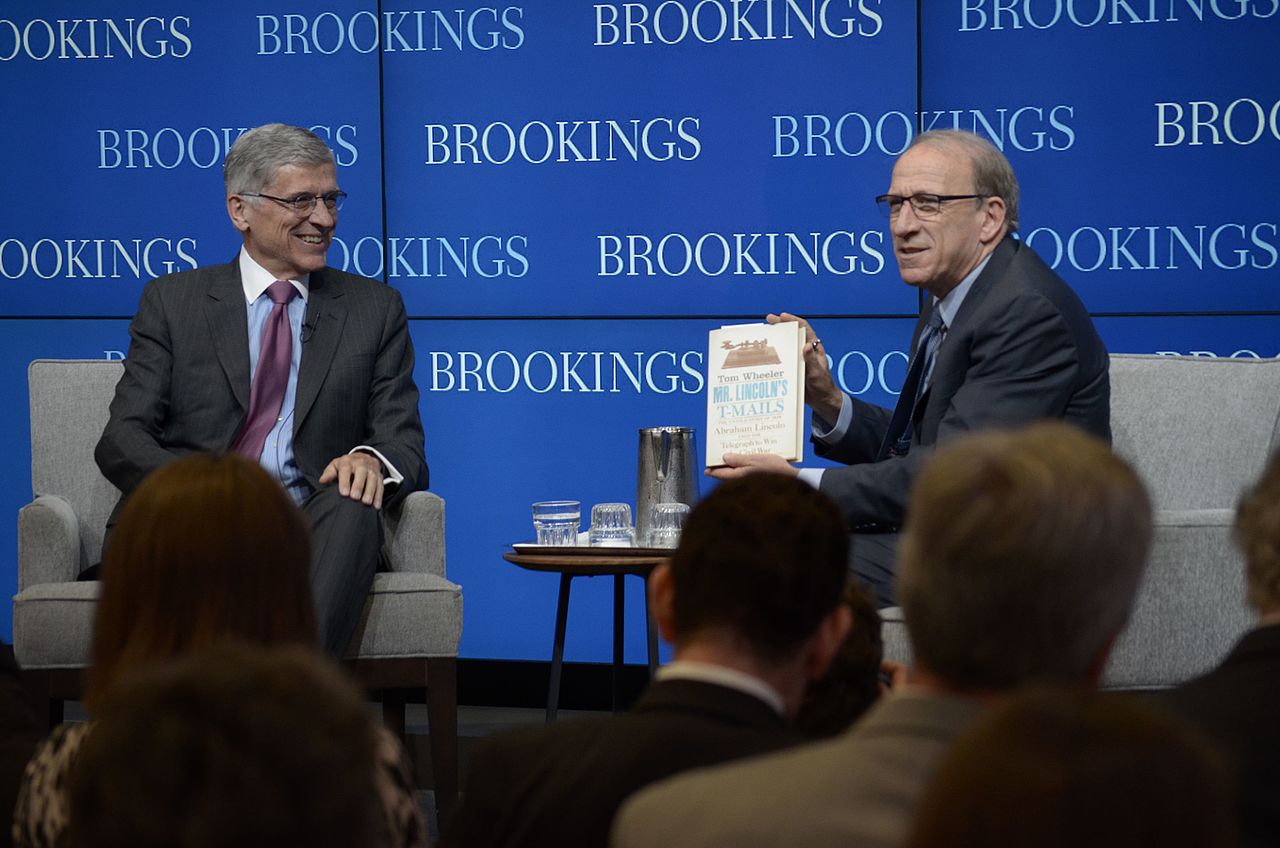 The conference highlighted some of these local voices, eager for broadband deployment even as they criticize recent Federal Communications Commission moves that strip away some local authority.

While the conversation in Washington often centers on fears of China overtaking the U.S. in 5G, outside of the beltway, concerns for municipalities and rural communities outweighed global considerations. This revealed crucial differences between local and federal priorities.

“I don’t have a lot of hope in, frankly, the state legislatures,” Levin said. However, he does have hope for local governments, which are much more “grounded in reality.”

As the FCC moves forward with some measures framed as aiming to promote the development of so-called 5G networks, Levin and others fear that local communities will not only be left behind, but stripped of their authority over the new broadband infrastructure that will have to be built.

For 5G to be deployed, an extensive amount of new infrastructure will need to be built. Although he didn’t speak at the event, FCC Commissioner Brendan Carr has previously cited an up to 100-fold increase in the number of —transceivers that will be needed to propagate broadband signals over the short distances necessary in 5G networks.

Levin emphasized the importance of regional and local efforts to move forward with broadband infrastructure deployment. He suggested ways that local governments could–without interference from the federal government– incentivize private telecommunications providers to develop quickly in their area.

According to Levin, cities should experiment and seek to incentivize private telecommunications providers to provide high-speed services to otherwise uneconomical areas by offering “zero cost permitting in areas that are below a certain adoption rate.”

A prime example of positive municipal leadership is the deal between the city of San Jose and Verizon. Mayor Sam Liccardo gained national attention after he resigned from the FCC’s Broadband Deployment Advisory Committee, citing lack of municipal representation and over-representation of big telecommunications companies as the reason for his departure.

After resigning from BDAC, Sam Liccardo returned to San Jose determined to show that municipalities could make deals with telecommunications providers and advance infrastructure without interference from the federal government.

Announced in June 2018, San Jose’s deal with Verizon is designed to make San Jose into a Smart City, building out essential 5g infrastructure such as fiber networks and small cells on city poles.

However, while San Jose moves forward as a Smart City ready for the 5G wave of futuristic technology, rural towns lag far behind, unable to strike successful deals with big telecommunications providers – particularly when they were impeded from making developments on their own.

Levin advocated for local communities to take action in moving forward with broadband networks, yet acknowledged the danger of doing so in today’s political climate.

“The problem is, if the FCC moves ahead the way I think they are going to do, all those things are going to be illegal,” Levin said, referring to the struggles of local communities that sought to move forward with broadband–and were punished for their successes.

Film ‘Do Not Pass Go’ highlights the plight of Wilson, North Carolina

The film, “Do Not Pass Go,” by investigative filmmaker Cullen Hoback, highlights the case of Wilson, North Carolina. The small, underserved town built their own municipal broadband network after their requests to big cable providers were repeatedly denied.

Companies such as Time Warner Cable spent millions of dollars to try to stop the North Carolina town and other towns from building such municipal networks. In many ways, the incumbents have succeeded.

Wilson’s municipal network provided high-speed access to broadband that gave the town an opportunity to grow new businesses and become a hotspot attracting attention from other underserved local locations.

However, it did not last. Due to the efforts of large cable companies and the current ideals of the FCC to leave the building of networks to telecommunications and cable companies, Wilson’s new municipal network was pressured into pulling out of the city.

The struggle of the Wilson townspeople to keep their local network against pressures from big telecommunications companies that sought to discourage such competition is not an isolated case.

However, Levin advocated for local governments to keep moving forward with measures regardless of the federal government’s attempts to preempt local officials.

“I think we have to have more cities like San Jose that demonstrate we don’t need the federal government to do that,” Levin said, referring to the government’s measures to step in.

(Photo of Blair Levin at the Brookings Institutions by the Federal Communications Commission used with permission.)