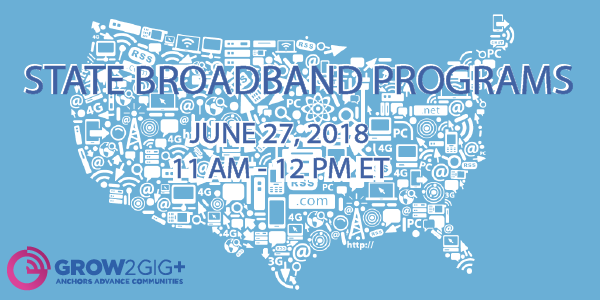 WASHINGTON, July 9, 2018 – Colorado broadband officials stressed the importance of public-private partnerships in extending broadband access to unserved Americans in rural areas, and expressed doubts that the so-called fifth-generation wireless standard dubbed 5G will be the answer to closing the digital divide.

Speaking at a webinar hosted by the Schools, Health, & Libraries Broadband Coalition, the Colorado officials addressed the State Broadband Initiative of the National Telecommunications and Information Administration of the Commerce Department. The SBI program was kicked off by the 2009 American Recovery and Reinvestment Act’s broadband stimulus funding.

Anthony Neal-Graves, executive director of the Colorado Broadband Office, stressed the importance of local community involvement in broadband development efforts. “The local communities have to have a stake in this. At the end of the day we want to work with industry,” Neal-Graves said, stressing the importance of both private industry and local commitment in closing the digital divide.

According to the Colorado broadband officials, only 77 percent of rural households had access to broadband in April 2018. The goal of the program is to expand access to 85 percent by the end of 2018, and to 99 percent by 2020.

5G won’t be a panacea for broadband deployment

Despite talk of 5G development as the new future for broadband connection, Neal-Graves expressed doubt that it would help those who suffer from insufficient broadband access today.

“5G is a great tech great promise,” he said, “but it’s not going to solve the problem in rural areas of the state with population density issues and huge distances to cover.”

5G, which is projected to utilize high-band wireless spectrum frequencies, will require the building of huge amounts of “small cells” and fiber to connect the cells, in order to build a network.

High-band spectrum is high speed, and can carry large amounts of data, but is limited to transmission over an extremely short distance, unlike traditionally utilized low and mid-band spectrum which can cover larger distances and are therefore are perhaps more convenient for rural areas than 5G.

Colorado Broadband Deployment Director Jordan Beezley advocated for the effectiveness of Colorado’s Broadband program’s focuses on providing funding to private enterprises and creating a public-private partnership.  According to Beezley, the program provides money directly to ISPs to build out the infrastructure, and ensure it is a “business model that is sustainable.”

The state’s Broadband Deployment Board, established in 2014, has awarded more than $11,500,000 in funding to applicants. The grants are, with a few exceptions, provided exclusively to for-profit enterprises, and can cover up to 75 percent of infrastructure costs.

The goal is to incentivize private industry to build broadband networks in unserved areas that have remained unserved due to the lack of a good business case. Furthermore, grants are provided only to projects outside of municipal areas, or to areas with population fewer than 5,000 residents.

Both Beezley and Neal-Graces expressed the difficulty of getting funds for the broadband program.