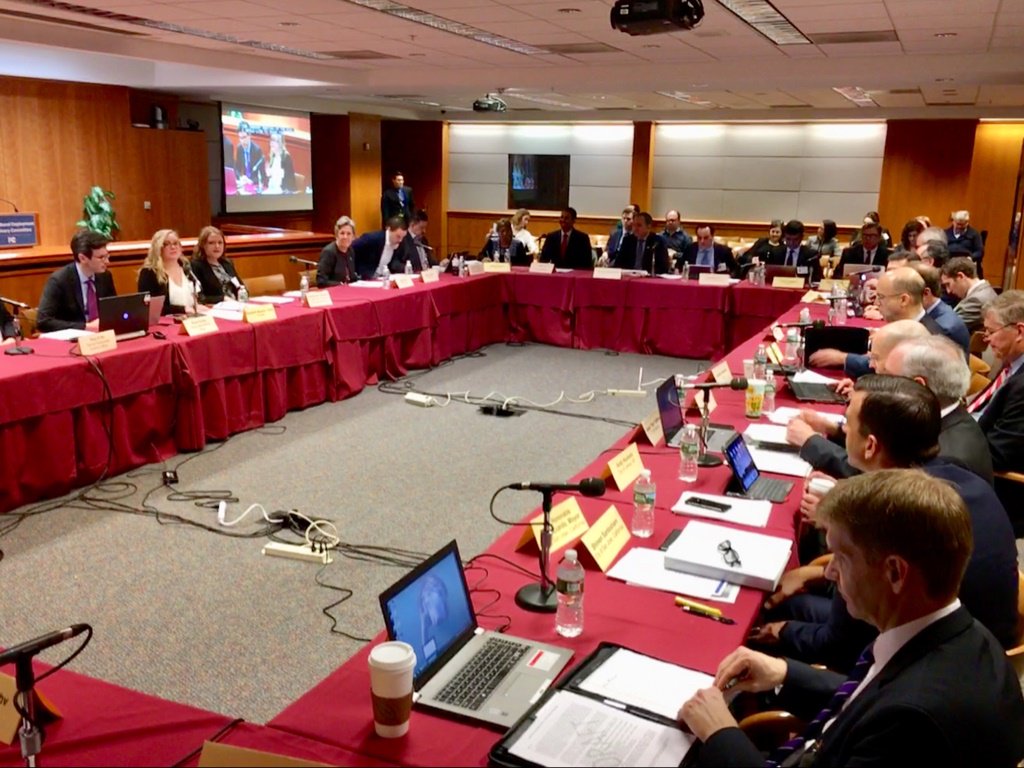 On July 26 and 27, the Federal Communications Commission hosted a Broadband Development Advisory Committee meeting. The committee met to discuss, create recommendations and vote on harmonizing a Model Code for Municipalities and Model Code for States.

Announced in January 2017 as one of the first actions of new FCC Chairman Ajit Pai, BDAC was seen to be a multi-stakeholder committee to discuss recommendations and advice for broadband deployment.

However, BDAC has been criticized for imbalanced representation. The National League of Cities and other municipal stakeholders collaborated to nominate 26 local representatives for positions on BDAC. Yet when the committee was unveiled, only one — San Jose Mayor Sam Liccardo — was empaneled.

The issue of pole attachments comes to the FCC on Thursday

Later on Thursday, August 2, the FCC is scheduled to hold an monthly Open Commission Meeting and vote on a One Touch Make Ready policy that would “adopt a new framework for the vast majority of pole attachments” which would allow a new attacher to “opt to perform all work to prepare a pole for a new attachment”

The stated goal of OTMR is to accelerate the preparation of poles for new attachments such as small cell wireless deployments, which would be critical to infrastructure for 5G technology.

Make Ready refers to “modification or replacement of a utility pole, or of the lines or equipment on the utility pole, to accommodate additional facilities on the pole.”

The OTMR proposal states that by shifting the framework to allow the new attachers to prepare the pole for the new attachment, OTMR will speed up the process greatly, as it will no longer be a complex multi-party process.

Pole attachments and wireless facilities a source of controversy for BDAC

At the BDAC meeting on July 26 and 27, a contentious debate erupted between Georgia Municipal Association Executive Director Larry Hanson and AT&T representative Chris Nurse over removal of a clause in the definition of what a pole is.

In the Model Code for Municipalities, the definition originally read: “‘Pole’ means a legally conforming (or otherwise legally constructed) pole, such as a utility, lighting, traffic, or similar pole.”

However, in the July 26 proposed version, the clause “legally conforming (or otherwise legally constructed)” had been removed to adopt the model state code’s definition, which did not include the clause.

Hanson argued that the deleted clause should be reinstated to enforce that existing regulations for poles are respected.

Seemingly an insignificant issue, the “pole” debate became a divisive issue in the BDAC meeting. It was representative of the overall conflict in the body between local officials and telecommunications carriers.

On the other end, Nurse argued against reinstating the clause, claiming that such regulatory barriers would cause a burdensome obstruction for telecommunications carriers seeking to add new attachments, such as small cells, to poles.

In the initial vote for the amendment, BDAC Chair Elizabeth Bowles counted 10 voted in favor of reinstating the language, with 9 voting no. However, in a later roll-call vote, 12 voted no, and the amendment was turned down.

“It can’t be that much of a problem for the municipality because if it was, they would compel its removal already,” Nurse said, arguing that legally nonconforming poles already standing in the city are not a significant issue, unless they are a threat to life and safety.

“It’s something that they were willing to live with,” he said.

He argued it would be extremely cumbersome for cable companies to identify who the owner of the pole is, and to what “pedigree” it is legally nonconforming.

“It’s a substantial barrier on carriers to make that showing,” he said.  “It would require us to prove that they were legally conforming, 800,000 times,” Nurse said.