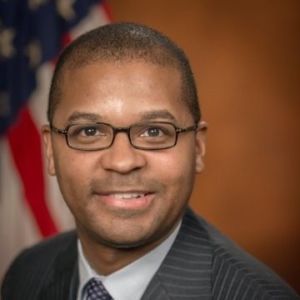 WASHINGTON, January 3, 2019 – The Senate on Wednesday night confirmed Federal Communications Commissioner Brendan Carr to another term at the agency, and confirmed Geoffrey Starks, a Democratic appointee, to begin serving as a commissioner at the agency.

The move means that the agency will finally have a full house of five commissioners, a first since the beginning of the Trump administration in early 2017.

While it was uncertain if the Senate would be able to act before the conclusion of the 115th Congress at Noon on Thursday, the two senators who had been objecting to the appointments – Sens. Dan Sullivan, R-Alaska, and Joe Manchin, D-W.V. – had previously lifted their objections, or “holds,” on the nominations.

If the Senate had not acted on Wednesday or Thursday morning, President Trump would need to make re-appointments to the position.

Manchin had previously stated that he released his hold after obtaining a commitment from FCC Chairman Ajit Pai regarding the mobility fund auction of the agency’s Universal Service Fund. Sullivan stated that he had received reassurances from Pai about the Rural Health Care Program.

After the Senate’s action late Wednesday, Pai congratulated Starks on his appointment:

“He brings a wealth of experience and expertise, including having served most recently as Assistant Chief in the Enforcement Bureau.  During his confirmation hearing, I was excited to hear him highlight the need to expand rural broadband and the power of telemedicine.  I look forward to working with him and having a fellow Kansan on the Commission.”

He also congratulated Carr, a fellow Republican, on his work at the FCC on wireless infrastructure modernization, precision agriculture and advancements in telemedicine.

Industry groups weighed in with praise. Shirley Bloomfield, CEO of the NTCA, the Rural Broadband Association, said of Carr and Starks: “Both have deep experience in telecom policy issues that can help tackle thorny challenges and identify innovative, practical solutions as we strive for a more connected nation.

“Commissioner Carr has already demonstrated in his time on the FCC his willingness to roll up his sleeves and examine issues thoroughly through field visits and conversations with stakeholders of all kinds. Meanwhile, Commissioner Starks’ long-standing commitment to public service and his family’s own connections to rural America and telemedicine applications will suit him well in his new role. NTCA and its membership look forward to working with Commissioners Carr and Starks, as well as the other members of the FCC, to advance the statutory mission of universal service, protect consumers, and promote competitive markets and common-sense rules of the road wherever possible.”

The Internet Industry Association stated: “At a time when the nation is beginning the transition to much faster and more versatile 5G networks, we look forward to working with them on critical policies to accelerate broadband deployments and meet the country’s broadband needs.”