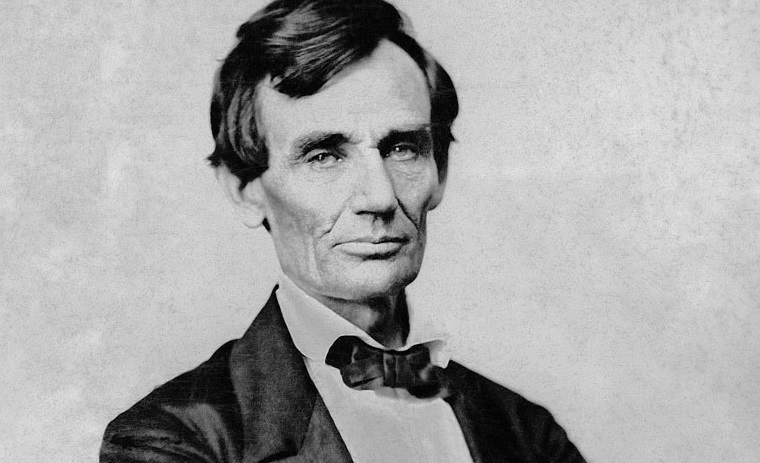 America knows President Lincoln today because his belief in equal opportunity. What connects that which we know about Lincoln and that which brought him into public life?

“Lincoln knew firsthand the deprivations, the marginal livelihood of the subsistence farmer unable to bring produce to market without dependable roads,” writes historian Doris Kearns Goodwin. “Primitive roads, clogged waterways, lack of rail connections, inadequate schools — such were not merely issues to Lincoln, but hurdles he had worked all his life to overcome in order to earn an ampler share of freedom.”

Today’s “internal improvements” aren’t about canals or railroads, but about an information superhighway — one that needs to run through all the towns, villages and boroughs of our united nation.

These improvements are, in a word, about broadband.

Under the American Recovery and Reinvestment Act of February 2009, our nation’s communications agencies were charged with investing in broadband infrastructure, devising a plan to encouraged improved utilization — and to map it. And last Thursday, February 17, marked a new day for broadband data collection with the release of the National Broadband Map (NBM), at http://broadbandmap.gov.

Commentary has only just begun to emerge about this significant map. It will take some time to digest the enormity of more than 25 million items of data.

Three of the most important aspects about the national broadband map are: carrier confidentiality; measuring speeds and prices; and matching data about supply with data about demand.

Putting Broadband on the Map

The most important single fact about the NBM is that it includes the identities of broadband providers, on a Census block-by-Census block basis. That’s pretty important. Imagine a list of airline flight reservations without knowing which company’s plane you’d be flying on.

Broadband carriers have resisted this disclosure for years. On the one hand, this resistance is mysterious, given that consumers know who sells them broadband. Plus, wireless companies are known for waving their colored coverage maps on television ads. On the other hand, carriers have a instinctive reaction against having their service areas directly compared against, and exposed to, their competitors.

But the time for these arguments is now passed. Consider how far we have come. In September 2006, while at the non-profit Center for Public Integrity, we filed a Freedom of Information Act lawsuit to obtain the Federal Communication Commission’s Form 477 database, which contains the names of carriers at the ZIP code level. An average of 7,750 people live in a single ZIP code. In other words, they are not that granular. Census block information isn’t address level information, but it’s a lot closer to addresses. An average of 38.75 people live within a single Census block. That gives a fairly decent representation of whether service is truly available to the consumer who inquires.

We lost the lawsuit over ZIP code broadband data, but momentum in favor of carrier disclosure ultimately has been accepted by the National Telecommunications and Information Administration. Initially, the NTIA’s July 1, 2009, rules, said that carrier information, even at the Census block, would be confidential. Fortunately, it quickly changed its mind. On August 7, 2009, the NTIA declared, in the Federal Register, that “a service provider’s footprint will likewise no longer be included in the definition of confidential information.”

Entities funded by the NTIA must collect and submit this carrier information to NTIA. And Census block-level carrier data is now published on the National Broadband Map. It’s also available to State Broadband Data and Development entities – like Broadband Illinois – and is visible on our map at http://broadbandillinois.org. Perhaps more significantly, this data has been released via Application Programming Interfaces to software developers. It is public data, free for any conceivable use and reuse.

The NBM has detailed data about which carriers offer service where. It allows the user to distinguish cable modem service and DSL service from wireless offerings. It renders displays with a degree of analytical capability previously lacking. There are also great visualizations of broadband based upon particular demographic information.

Two complaints are been being made about NBM, Version 1.0. The first are questions about accuracy. The second is the lack of price data, and of actual speed test data.

With regard to the accuracy of the data, it’s important to think about what is now being seen, for the first time: carriers claim that they offer broadband in areas that they may not actually serve. Until we had the NBM, which identifies these carriers in their Census blocks, this fact was hidden. But now that carrier footprints are publicly available, a public verification process may begin. This is the work that all of us are engaged in.

Including actual speed test results and prices will also be vital. Again, knowing the carrier is the key to unlocking the usefulness of this data. I launched BroadbandCensus.com in January of 2008 in order to “crowdsource” broadband data across multiple dimensions. We called this the Broadband SPARC — for speeds, prices, availability, reliability and competition. These elements are necessary components for understanding, and ranking, the economic and broadband vitality of regions, counties, and Census sub-units.

Crowdsourcing is difficult to get started. But it will ultimately be more useful than carrier data. Think of it as the difference between a regular road map, for example, and the traffic maps that you can click on and off using Google Maps. The web site of Broadband Illinois includes a broadband speed test component that is collecting carriers’ actual speeds, with consumer ratings. We are also collecting and publishing consumers’ monthly prices. Having this information will aid everyone’s quest to understand the health of our broadband networks.

The next step for the NBM is not as a map. Ultimately, the NBM needs to stand for the National Broadband Mashup. That means that it should provide data and functionality from multiple sources, creating new services in the process.

Two experiences illustrate the point. Before the opportunity arose for me to move to the Land of Lincoln and lead the Partnership for a Connected Illinois (also known as Broadband Illinois), Broadband Census created its own beta map of the state of broadband, including carriers, technologies and advertised speeds, in Columbia, South Carolina. We did this without any access to carrier-supplied data. In other words, there are lots of data sources that can be combined in a common-sense fashion and generate useful results.

The other experience concerns the U.S. Broadband Coalition, a large and diverse coalition whose formation presaged the National Broadband Plan. The group offered many recommendations that were included in the FCC’s plan. I had the opportunity to co-chair the Metrics Working Group with Rob Atkinson of the Information Technology and Innovation Foundation. Our group generated a surprising amount of consensus around a series of recommendations. One of these recommendations was the creation of a National Broadband Data Warehouse. The stated goal was to assemble as much raw data, from as many sources as possible, into a repository from which mashups and analyses can be performed.

One of the most vital of these sources of new broadband information will be about the ways and areas in which broadband could be effectively used. Basic carrier information is now available about the “supply” of broadband. This data will be refined, verified and checked through crowdsourcing, and through comparisons with other public sources. Now is time to ensure that information about broadband “demand” is also being collected and imported into national and state broadband warehouses.

All told, the United States spends more than $8 billion a year on various forms of statistics. Much of that goes to fund the U.S. Census Bureau and data collection about agricultural and labor markets, such as the monthly unemployment report. These are important. But remember that we are no longer fundamentally an agriculture- or even labor-based economy. Whether for rural and for urban areas – and Illinois has both in abundance – the pathway to opportunity today runs through the super-high-speed internet connectivity.

Today, that’s something that Abraham Lincoln would surely appreciate.