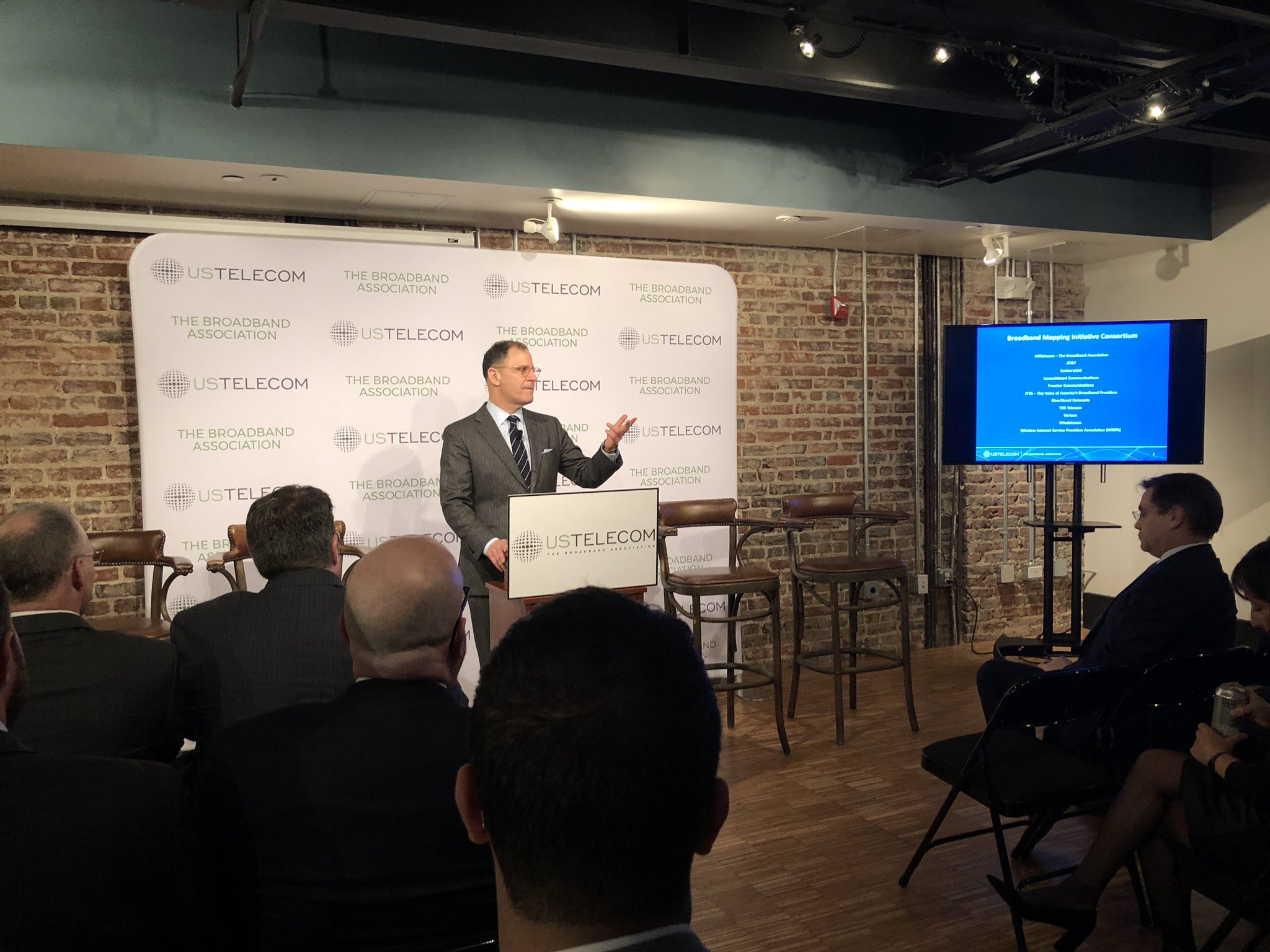 WASHINGTON, March 21, 2019 – The nation’s leading telecommunications companies on Thursday announced a new broadband mapping pilot initiative that aims to geolocate each address in the country, and link each location with broadband providers that offer service to that address.

The consortium has the support of ITTA and the Wireless Internet Service Providers Association, two groups that represent smaller broadband providers. The notably absent party is the U.S. cable industry, which has traditionally refused to disclose granular broadband data about broadband service.

The mapping consortium will begin their pilot in Virginia and Missouri, geolocate every address, and create what they call a “broadband serviceable location fabric” to identify structures (e.g., houses, buildings) to which broadband access would be required.

If deployed as advertised, this broadband data-set would be significantly more granular than the currently-outdated National Broadband Map. Launched in 2011, the map has not been updated since 2016. Under a partnership with the Commerce Department’s National Telecommunications Information Administration and state broadband initiative entities from every state and territory, the FCC mapped the availability of broadband providers at the census block level.

“It will take a new approach to broadband mapping to bring the power and promise of broadband to every home and business in our country,” said Jonathan Spalter, CEO of US Telecom. He said his association was “leading the charge to definitively map internet service in American and complete the job of connecting the country through broadband – the 21st century’s indispensable resource.”

In his remarks at the event, Pai touted his efforts to reform the Form 477 data collection process.

“Under my leadership, the [FCC] began to explore ways to improve the quality, accuracy, and usefulness of the data we collect on fixed and mobile broadband service,” said Pai. “We have sought public input on how to make the data we get more granular and standardized.”

He added: “The mapping pilot project they are announcing today is intended to help flesh out the record in our Form 477 reform proceeding. By testing new ideas on the ground, it is my hope that this pilot and similar initiatives will give the Commission and other stakeholders useful information to consider as we move ahead.”

Members of Congress — particularly advocates of rural broadband — have been restless and disappointed with the National Broadband Map, as well as the default successor method of broadband data collection: Reliance on the FCC’s Form 477.

At a panel following the event that was moderated by US Telecom Vice President Lynn Follansbee, Senate Commerce Committee Counsel Dan Ball said: “There is a fervor a bipartisanship” about getting better broadband data.

“I don’t think there has been a hearing on broadband deployment in the last several years where members have not stressed the importance of reliable, accurate and sufficient” broadband data, said Ball.

US Telecom noted this congressional dissatisfaction in the fact sheet that accompanied the news release:

“Policymakers at the federal and state level recognize current broadband mapping needs reinvention. They also recognize they need strong industry partners to get this done. Broadband providers are seizing the opportunity to lead the charge on an innovative approach to broadband availability reporting.”

Much of the messaging at the US Telecom event centered around the digital divide between urban and rural areas, with the telecom companies positioning themselves as now favoring the sort of public and granular-level mapping.

Census block-level data — the lowest level of data collected by the U.S. Census Bureau — can work well in urban and suburban areas, Spalter said in his remarks at the launch.

That is not the case, however, in rural areas, “where census blocks are far larger than their urban and suburban counterparts and homes and businesses can be set back a significant distance, sometimes miles, from the road that forms the basis for their address,” he said.

With its new support for an address-level map, wireline carriers appear to be betting that public disclosure will provide more benefits than keeping broadband maps at the census block level.  Spalter confirmed that the US Telecom pilot map would disclose whether a particular carrier offered service (or could offer service) to a particular address.

If successful, the association expects that the government would fund a similar address-level broadband map at the national level, and expects a national broadband map would cost $10 million to produce. (US Telecom has hired CostQuest to assemble its database.)

In addition to AT&T and Verizon, the other US Telecom members participating in the program include CenturyLink, Consolidated, Frontier, RiverStreet Networks and Windstream. TDS is also participating.

That, in itself is a remarkable turnaround. In 2007, the telecom and the cable industry jointly attempted to thwart the release of Form 477 broadband data on a ZIP-code level, an effort spearheaded by the Center for Public Integrity, and which led to the founding of BroadbandCensus.com mapping and crowdsourcing project.

The issue of public disclosure of broadband availability was finally settled in February 2011, when the National Broadband Map identified broadband providers, but only at the census block level.

In its new fact sheet, US Telecom now speak about the benefits of mapping and measuring at an extremely detailed level:

Wireless Internet Service Providers are in, but NCTA cable industry group is out

While small wireless internet service providers chose to join, the cable industry did not.

“It is a partnership that US Telecom has been at the forefront of, but we believe it is a good project to get the right data out, so that we know where broadband is, and more importantly, where it isn’t,” said a spokesman for WISPA. Broadband mapping at an address level allows the country to “promote the subsidy program in the right way.”

Asked why cable broadband providers have chosen not to join the consortium, a spokesman for NCTA, the cable industry group, said:

“NCTA has submitted its own proposal to the FCC for reforming the Form 477 process in the near term and we are focused on that proposal.  We think the USTelecom pilot project may ultimately produce information that is valuable in the context of developing future support programs, but it does not seem to be a near-term solution to the concerns people have expressed about broadband maps.  We don’t think the two proposals are mutually exclusive and we’ve encouraged the Commission to move forward with our proposed Form 477 reforms while the pilot is pending.”

(Photo of US Telecom CEO Jonathan Spalter at the launch of the Improving Broadband Mapping Consortium on March 21, 2019, by Drew Clark.)