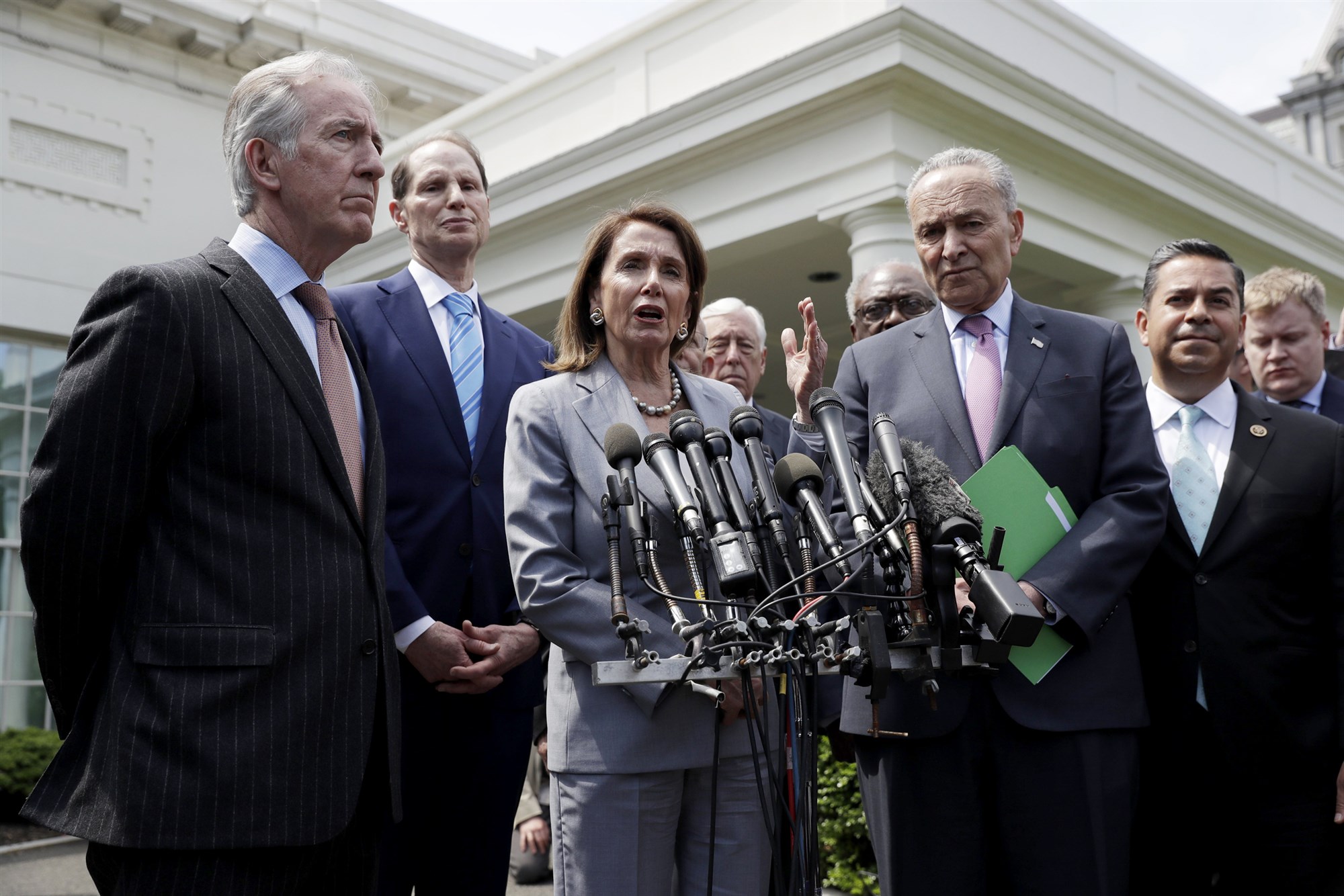 “It was a very constructive meeting,” Schumer said while speaking to reporters outside the West Wing.

“We agreed on a number, which was very, very, good, $2 trillion for infrastructure. Originally, we had started a little lower and even the President was eager to push it up to $2 trillion. That is a very good thing.”

Pelosi added that Trump appeared to have come into the meeting with the understanding that any package they agreed upon needed to include funding for high-quality broadband internet access facilities.

The meeting was the first time Trump had been in the Oval Office with the pair of veteran legislators he calls “Chuck and Nancy” since December 18, 2018, when Trump declared that he would be proud to shut down the government if Congress did not fund his proposed wall along the US-Mexico border.

While both sides appeared to agree on the wide scope of a bipartisan infrastructure package, where Congress and the administration will find $2 trillion to pay for it remains to be seen.

Previous infrastructure proposals to come out of Trump’s White House have leaned heavily upon public-private partnerships, loan guarantees, and other vehicles to stimulate private investment. One such plan would have cost only $200 billion, though the administration claimed it would spur up to $2 trillion in non-federal spending.

The White House’s prior efforts have also focused largely on providing largesse to rural America and other areas where support for President Trump is strong, while neglecting the urban and coastal areas where Hillary Clinton won electoral votes in 2016.

As a result, previous infrastructure initiatives have largely fallen flat when presented to Congress, and the White House’s previous attempts to roll out their infrastructure plans and drum up public support have often been overshadowed by outside events — and even by the President’s own actions — making the phrase “infrastructure week” into a macabre joke among both administration officials and members of the White House press corps.

But when it comes to the virtues of public financing for infrastructure projects, Pelosi and Schumer implied that President Trump may have seen the light. The Speaker said the group of Congressional Democrats would return to the White House three weeks hence, at which point Trump would present some of his ideas on how to fund such a massive public works package.

In a statement, White House Press Secretary Sarah Huckabee Sanders said Trump and the assembled Democrats had “an excellent and productive meeting on rebuilding our Nation’s crumbling infrastructure including roads, highways, bridges, tunnels and railroads, modernizing our air travel system, and expanding broadband access for our great farmers and rural America.

“We have to invest in this country’s future and bring our infrastructure to a level better than it has ever been before,” Sanders said.

“We will have another meeting in three weeks to discuss specific proposals and financing methods.”