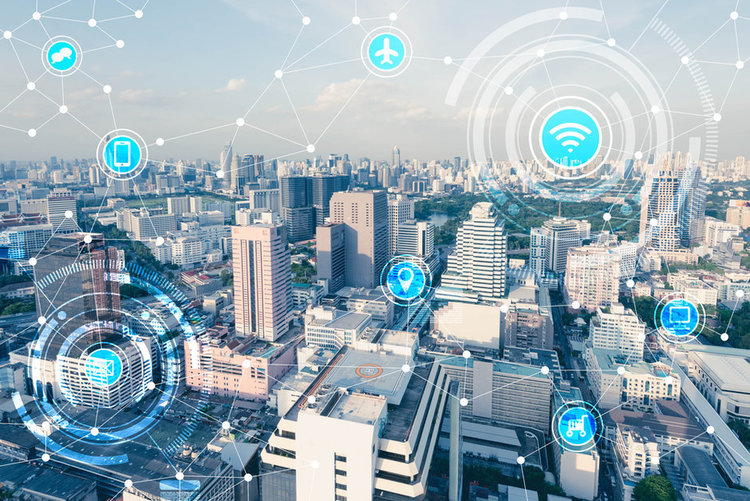 Ramirez is not the only one with a cynical outlook on 5G’s nationwide rollout.

“Deep deployment of fiber optics is a national imperative. The success of 5G wireless will hinge on deep fiber. The next transformation in infrastructure is 5G but the US is not well prepared to take full advantage of the potential, lacking needed fiber infrastructure close to the end customer (deep fiber),” Deloitte stated in its 2017 report titled “Communications Infrastructure Upgrade – The Need For Dark Fiber.”

This means that for a community to have a 5G network, it would require high capacity fiber cables on every street and access points with antennas every 200-300 feet, depending on physical obstructions. An estimated $150 billion in infrastructure is needed to meet future broadband needs, according to Deloitte’s report.

Some believe that mobile network operators are knowingly suppressing fiber projects by downplaying the need for fiber to the premises networks while hyping 5G, but Ramirez believes that MNOs are simply acting in a logical fashion. It makes sense for these companies to focus their expenditures in densely populated areas rather than sparse rural territories, where the return on investment is significantly lower.

GCI announced a partnership with Ericsson to build a 5G network in Anchorage, Alaska.

This summer, Ericsson will begin deploying 3GPP standards-based 5G New Radio hardware and software to 82 macro cell sites across the city. GCI’s metro fiber network will provide backhaul services to these sites. The project is estimated for completion in 2020, with initial 5G service coming online in the first half of that year.

GCI has a history of leading in technology to provide telecommunications services to Alaskans. CEO Ron Duncan anticipates that GCI will roll out 5G to “all the fiber-served areas of the state in the next few years,” including Juneau and Fairbanks.

Ericsson President and CEO Börje Ekholm believes that 5G will be “the fastest scaling mobile technology ever.” Ericsson’s latest Mobility Report predicts there will be 1.9 billion mobile 5G subscriptions globally by the end of 2024.

The publication Route Fifty writes about the biennial spending plan known as the “budgeting for outcomes” system allows the citizens of Fort Collins, Colorado, to weigh in on the city’s municipal budget and encourage the allocation of funds based on “measurable results,” Including a significant fiber network.

“Budgeting for outcomes has been transformational and has been an excellent system that helps us become more results-driven versus just funding local government,” said City Manager Darin Atteberry.

According to city officials, the practice was adopted in 2005 after Fort Collins lost a hefty share of sales tax revenue, resulting in a series of difficult budget cuts. Budgeting for outcomes has allowed citizens to understand what their tax money was paying for, adding transparency to the process.