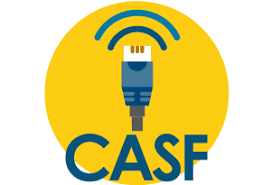 Income is the most significant factor contributing to low broadband adoption rates, according to an analysis (PDF) released this month by the California Public Utilities Commission.

This finding is backed up by research from the Pew Research Center, which also identified price as a major barrier to household broadband access. Pew’s analysis showed that more than one third of Californians who have not adopted broadband at home cited cost as the main barrier, and 69 percent said it was a factor.

Several other factors affecting adoption rates were identified. Three quarters of urban census tracts had broadband, compared to only 40 percent of rural areas.

The report identified 10 California communities with the lowest adoption rates and incomes to prioritize in the future for grant funding. Four of the ten are located within Fresno County, and three are located within Tulare County, both rural counties within the state.

“Better understanding these communities and their specific barriers will aid in determining where California Advanced Services Fund broadband adoption funds are needed most and might have the greatest impact,” concluded the analysis.

The research aims to assist stakeholders, decision makers, and CASF applicants to gain a better understanding of the specific needs of their communities and know where to implement projects in order to yield the greatest benefits.