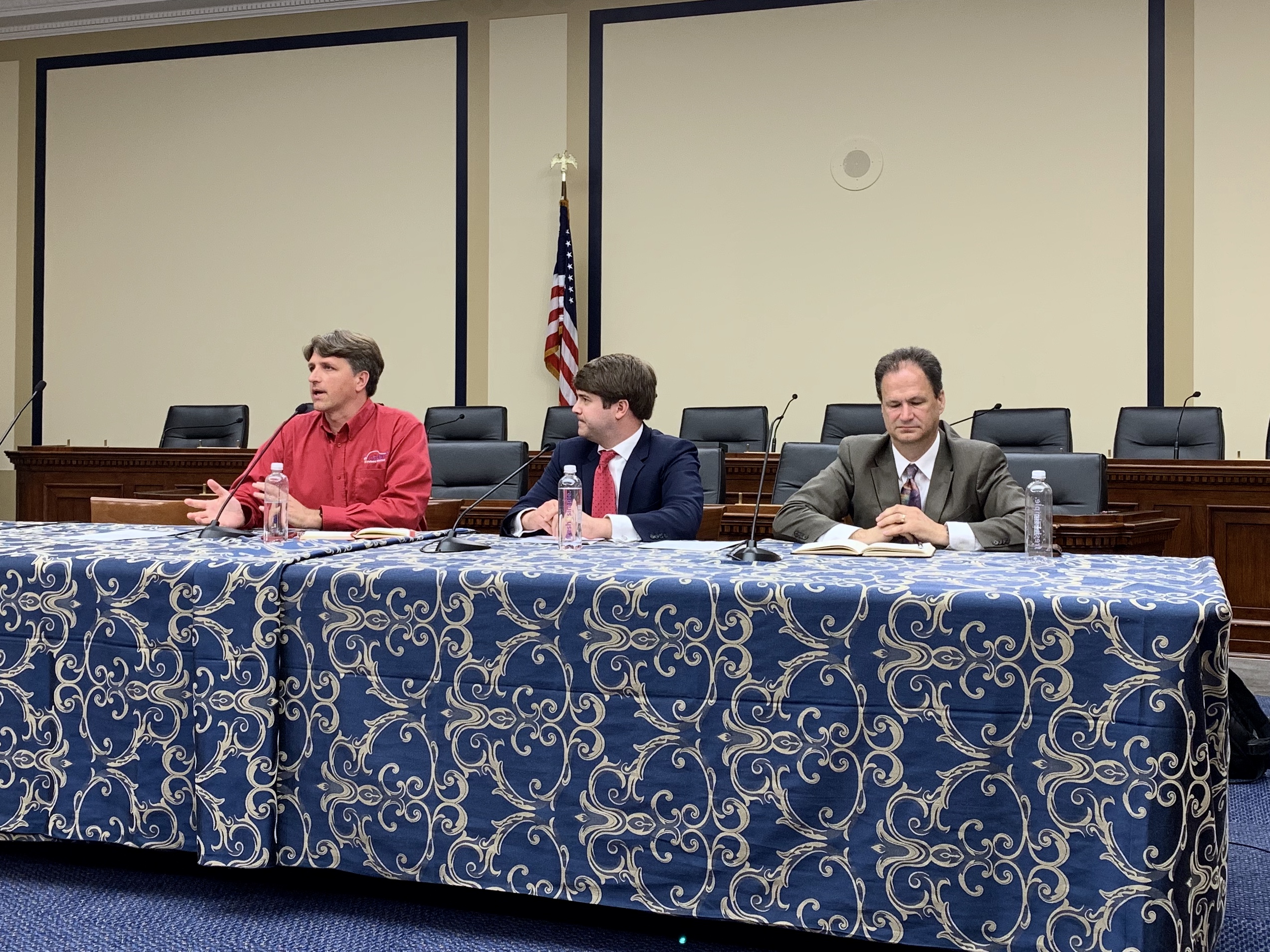 Fixed wireless’ cost-effective deployment has made it the most rapidly growing sector of the broadband industry, said panelists at a WISPA-Crown Castle event entitled “Rural Broadband: Solutions for America’s 21st Century Infrastructure Challenge.”

Rural wireless providers are able to make broadband deployment profitable, with advocates claiming a return on investment for broadband projects in just 10 months, versus 11 years for fiber deployment.

There are more than 2,000 providers across the United States using fixed wireless to serve more than four million rural customers, said WISPA President Claude Aiken. The majority of these are very small businesses, led by local entrepreneurs using private at-risk capital to bring broadband to rural communities without the help of a government subsidy.

Amplex Founder Mark Radabaugh said that this proves the inaccuracy of the “conventional wisdom” that rural broadband will only be deployed if the government is subsidizing it. He suggested that the government should treat spectrum in the same way that it used to treat land—give it out to whoever is willing to develop it.

Jimmy Carr, the president of All Points Broadband, pointed out that the digital divide is a “last mile” problem, and the optimal solutions will be specific to each geographic area. The three main challenges that WISPs are currently facing, he said, are spectrum limitations, difficulty acquiring additional spectrum, and policymaker bias for specific access technology.

Providers use predominantly unlicensed spectrum for the last mile, but the frequency bands currently being used are unable to penetrate obstructions. Non line-of-sight spectrum is critical for connecting rural America, Carr said.

The difficulty with acquiring additional spectrum stems from the current auction rules being stacked against rural, “last mile” providers. The licensing areas being auctioned off are extremely large, making only so that the major mobile carriers can compete.

Carr showed an example of one area where his company has all of the necessary demand and technology to deploy fixed wireless but cannot afford to secure the spectrum license for that area because it would also require buying the exclusive rights to that spectrum spanning multiple states.

Carr and the others also criticized the Federal Communications Commission’s auction processes as inefficient and impossible for small wireless internet providers to obtain needed spectrum for specific rural areas.

Policymakers tend to gravitate towards the call to bring fiber to every home, said Carr. He disagreed with this approach, saying that it was unlikely to happen in the near future, and the focus should instead be on getting basic service to as many Americans as possible at the lowest aggregate cost.

Rep. Rob Wittman, R-Va., said that fixed wireless is a “critical and central component” of bringing broadband access to rural areas, and the government should invest in it. He warned that not doing so would put the United States at a competitive disadvantage against other nations.

However, Wittman argued against the practice of giving residents of rural areas a stipend to pay for services and recommended instead offsetting the initial capital cost that wireless providers need to build out the systems. Reducing capital cost would create a “longer range business plan, and viability within that business plan going forward, Wittman said.

Carr agreed to this, reminding policymakers that delivering broadband is “subject to the laws of finance,” meaning that it will require significant upfront investment.

Wittman highlighted the need for “aggressive” practices in terms of speed, pointing out that the current minimum requirement for certain Agriculture Department deployments at 10 Megabits per second (Mbps) down /1 Mbps up is already proving too slow, especially for businesses.

He advocated for a 50 Mbps down/5 Mbps up speed standard, saying that this would ensure “quality and longevity of business.”

(Photo of panel by Emily McPhie.)

WASHINGTON, September 23, 2022 – The third reason to attend the Broadband Mapping Masterclass with Drew Clark on September 27, 2022, is to get a handle on what state broadband officers have and are doing with broadband maps.

While much of the action has been at the Federal Communications Commission, after state allocations have been made, funding decisions will ultimately come from state broadband officers.

The Infrastructure Investment and Jobs Act allocates $42.5 billion for the Broadband Equity, Access and Deployment program. Every state will receive at least $100 million in funding, but the remaining more-than $37 billion will be allocated among states based upon a formula that is primarily determined by their percentage of the unserved population. (According to IIJA, a location is “unserved” if it lacks access to broadband at 25 Megabits per second (Mbps) download and 3 Mbps upload. An area is “underserved” if it lacks 100 Mbps * 20 Mbps broadband.)

That’s where the FCC’s updated broadband map come in: Once challenges to the map are concluded, the National Telecommunications and Information Administration will allocate that $37 billion pool according to the “denominator” that the NTIA reads out from the FCC map.

But state and their broadband offices have a trump card: They can and are developing their own maps to check, verify and challenge the FCC map. Furthermore, they are under no obligation to award funds according to the actual places that the FCC says are unserved or underserved.

In the Broadband Mapping Masterclass, you’ll learn what you need to know in order to tap into these efforts by state broadband offices.

Reason 2 to Attend Broadband Mapping Masterclass: Aren’t There Other Databases?

The 2nd of 5 reasons to attend the Broadband Mapping Masterclass with Drew Clark on 9/27 at 12 Noon ET.

WASHINGTON, September 22, 2022 – The second reason to attend the Broadband Mapping Masterclass with Drew Clark on September 27, 2022, is to find out what other databases and software tools are available to get a handle on broadband mapping.

In addition to obtaining lifetime access to the recording – and a premium research report from Broadband Breakfast – we’re presenting five additional reasons to attend the Broadband Mapping Masterclass between now and the LIVE Zoom Webinar on Tuesday, September 27, 2022, at 12 Noon ET.

The first version of the National Broadband Map was published with much fanfare on February 17, 2011. Each of the 50 states, 5 territories and the District of Columbia compiled broadband information from providers on a Census block basis. Significantly, carriers were required to disclose their service locations and feed that information into state and federal maps.

The National Broadband Map lasted for about five years, when the data collection effort – a partnership of the FCC, the National Telecommunications and Information Administration and the state broadband offices – concluded. But the publicly available data fed by the National Broadband Map remained. Many private companies and non-profit entities began to use this publicly available data and integrate into other public collections of data.

In the Broadband Mapping Masterclass, you’ll learn about these resources, databases, tools and projects – and how they provide many more forms of broadband data than simply that which is available from the FCC.