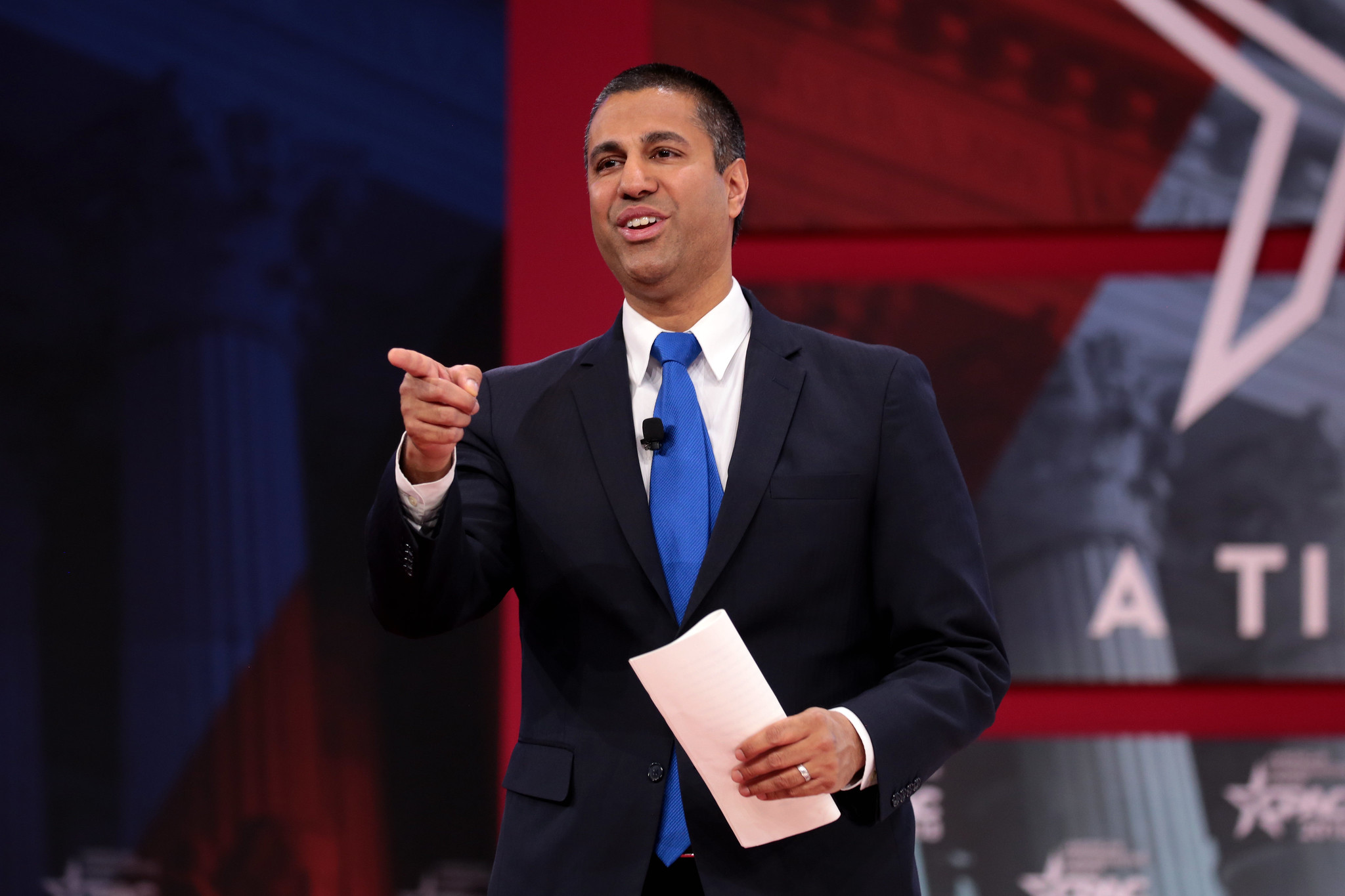 WASHINGTON, June 24, 2019 — Federal Communications Commission Chairman Ajit Pai’s proposed order to permit auction of portions of the 2.5 Gigahertz (GHz) spectrum band has drawn criticism from many outside the agency, including several members of Congress and even the U.S. Department of Education in the Trump administration.

The draft order would eliminate the educational use requirements for Educational Broadband Services spectrum. It does not reserve a window for educational institutions to acquire licenses.

“The Department strongly encourages the Commission to maintain and modernize the current educational priority of the EBS spectrum by keeping the current eligibility requirements for EBS licenses, modernizing the educational use requirement, and issuing new EBS licenses using local priority filing windows,” said Jim Blew, assistant secretary from the U.S. Department of Education. “These measures will ensure that this valuable public resource can be leveraged by local communities to implement solutions to the ‘homework gap,’ close the digital divide in rural areas, and provide access to affordable broadband.”

Sen. Gary Peters, D-Michigan, urged the FCC to “prioritize accredited educational institutions,” calling EBS licensing “one of the few tools the Commission has to close the homework gap.” He expressed concern that the order would “effectively remove educational entities” from the 2.5 GHz band “at a time when broadband for education is more important than ever.”

“Eliminating the educational priority for EBS would be disastrous for online learning, 5G deployment, and rural consumers,” said John Windhausen, executive director of the Schools, Health and Libraries Broadband Coalition. “The best way to encourage 5G in rural markets is to award licenses to educational institutions that live and work in their communities and whose mission is to serve the needs of students.”

Windhausen pointed out successful examples of EBS broadband deployment from northern Michigan to rural Virginia to the bottom of the Grand Canyon, arguing that the FCC’s order essentially overturns “over 50 years of educational precedent based on exaggerated claims by the commercial carriers.”

Commercial carriers would likely only deploy 5G services in 30 percent of unserved markets whereas educational institutions would serve almost all of them, according to a recent study commissioned by SHLB.

The study concluded that licensing EBS spectrum to schools and tribal nations would reduce the rural homework gap by nearly 30 percent. By contrast, auctioning off the spectrum is expected to reduce the gap by just over 1 percent.

“The draft order contends that auctioning EBS spectrum licensing will encourage private providers to deliver 5G service to unconnected, underserved students living in the most sparsely populated communities. This makes no economic sense,” said Consortium for School Networking CEO Keith Kruger. “If U.S. market forces were sufficient, the connectivity problem would not be so prevalent throughout rural and other remote areas nationwide.”

Kruger said that he was “deeply disappointed” by Pai’s plan, warning that it would be “detrimental” to rural and low-income students.

Tribal window continues, but no allowance for educational institutions

Although the order reserves a priority licensing window for tribal entities, no such allowance has been made for educational institutions. Critics of the order have raised concerns about the impact on rural education and the digital divide.

Conducting an auction instead of issuing licenses via priority windows will not actually expedite 5G deployment because the licensing process will still take years, said Mark Colwell, director of telecommunications strategy at Voqal.

Colwell called the order “unfathomable” and a “radical policy shift that denies schools an opportunity to access spectrum necessary to deploy broadband.”

“The Chairman’s proposal cites dated uses of EBS licenses and the FCC’s two-decade failure to grant new licenses as the basis for handing the spectrum to private providers that have repeatedly failed to address rural America’s homework gap,” said Candice Dodson, executive director of the State Educational Technology Directors Association.

The 625 megahertz of spectrum already held by national providers includes 76.5 megahertz of the 2.5 GHz band. Many critics argue that this proves commercial carriers are not actually utilizing this spectrum to close the digital divide.

“There is no sound reason to deprive state education agencies and school districts at least one opportunity to use new EBS licenses to promote broadband innovation, including through public-private partnerships,” Dodson concluded.

The Wireless Internet Service Providers Association put out a statement partially supporting Pai’s agenda, saying that the changes to EBS will “make more efficient and effective use” of the valuable 2.5 GHz band.

Pai’s plan will allow EBS licensees to transfer their licenses to commercial entities and eliminate educational use requirements for the 2.5 GHz spectrum band.

“The flexibility afforded to EBS licensees represents an important breakthrough for this largely fallow band, though we wish the FCC had proposed an auction design better suited to the needs of small providers,” said WISPA President Claude Aiken.

The 2.5 GHz band will be auctioned in a large block of 100 MHz and a small block of 16.5 MHz without bidding credits. WISPA fears that this will not give small providers a legitimate opportunity to acquire spectrum.

(Photo of Ajit Pai by Gage Skidmore, used with permission.)