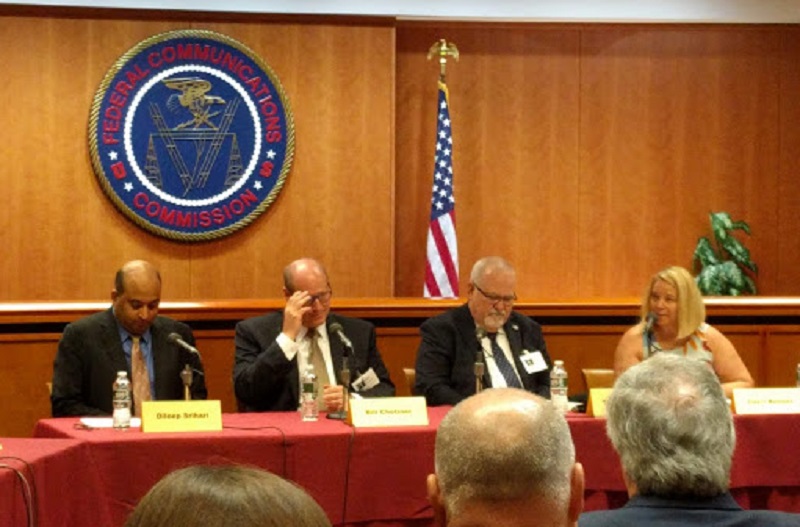 WASHINGTON, June 27, 2019 – When it comes to removing Huawei or ZTE telecommunications equipment from U.S. broadband networks, a strategy of “rip and place” would cost well over $1 billion.

Rural broadband carriers don’t have the budget for that, and they are concerned that the costs of a retrofit would delay the deployment of 5G wireless networks.

That was the message that multiple broadband providers – particularly rural entities – delivered to Federal Communications Commissioner Geoffrey Starks at a Thursday FCC workshop that had been framed as a discussion about network security.

Starks convened the discussion at the agency, however, to address equipment that is already inextricable intertwined within U.S. networks.  “Network security is national security, and our interconnected networks are only as secure as their most vulnerable pieces,” he said.

The discussion applies to wired networks because equipment to run fiber-optic wires will be more instrumental in operating 5G networks than previous technologies. Mike Saperstein, vice president of policy and advocacy at US Telecom, said he is in support of federal risk management activities to “identify supply-chain threats.”

Others cited the distinction between trusting equipment and trusting suppliers. Much of 5G and 4G traffic will not necessarily pass through a network core, said Brian Hendricks, vice president of policy and government relations at Nokia. The radio layer of a mobile network has become a more vulnerable point of attack.

The issue of deploying 5G will fall “particularly hard” on small rural carriers in the United States, Hendricks said.

The only way to eliminate any risk would be to ban Chinese equipment entirely, said Jim Lewis, senior vice president and director for the Center for Strategic and International Studies. And such a “rip and replace” is not tenable, he said.

And doing anything that would delay the deployment of 5G technology would ultimately hinder the economy.

Carri Bennet, general counsel at The Rural Wireless Association. Cited the figure of more-than $1 billion figure for replacing all Huawei and ZTE equipment. And attempting to replace network equipment while the network is still in operation could create service issues, including for public safety.

She suggested that it would be good to start with third-party monitoring of carrier networks.

“We should not be reliant on suppliers from adversarial nations to design manage and secure our critical infrastructure, especially as we develop cloud technologies,” said Travis Russell, director of cybersecurity at Oracle Communications. There is no finalized definition yet of what a stand-alone 5G network would look like, he said, so there is still time to “work out a solution” for this dilemma.

A “rip and replace” strategy to remove equipment that some have suggest is not secure would bear an “enormous” opportunity cost for rural carriers relying on Huawei for telecom infrastructure, said Christopher Reno, chief accounting officer at Union Telephone Company.