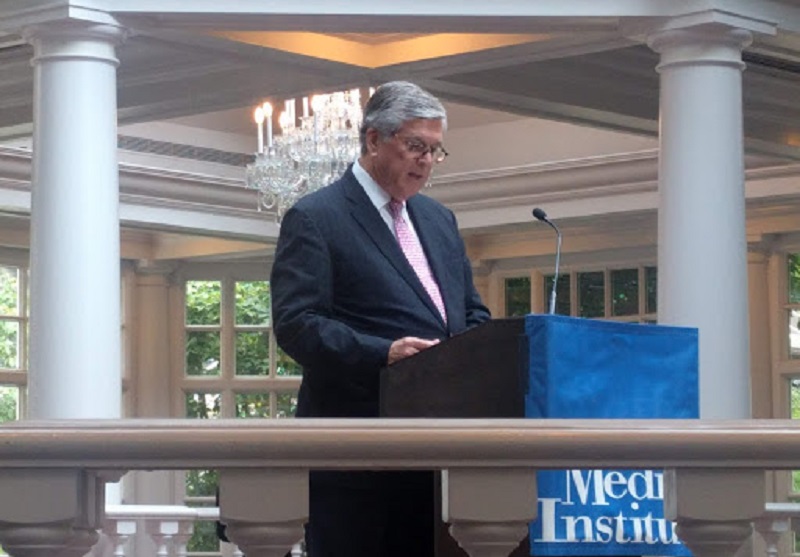 But the changing media landscape is forcing the National Association of Broadcasters to look for new rivals like AT&T, Dish Networks, and “big tech.”

At a Tuesday luncheon of the Media Institute, NAB CEO Gordon Smith insisted that the broadcasting industry still has a vital role to plan in protecting the First Amendment.

In particular, telecommunications companies like AT&T (with its DirecTV division) and Dish have “exploited” distant signal licensing and failing to serve local broadcast needs.

Smith also addressed challenges that the news industry faces against social media’s rise. As it has risen, so have divisive and partisan politics, he said.

Smith went so far as to call social media  a “destabilizing force” on society.

At the same time, the development of new technology means that broadcasters have new ways to share their content. They are making “great strides” to show more content on more devices.

However, he said, local broadcasters must be able to produce their content as efficiently as possible without extensive regulation, in order to compete with the “big tech” companies.

Some of these companies, he said, operate platforms that can produce “huge public consequences.” Continuing to promote the broadcasting industry is not just a matter of consumer protection, but also of public safety.

However, telecom and satellite companies taking advantage of retransmission consent are retransmitting national news instead of providing news offered by local broadcasters.

“Let’s stop subsidizing billion-dollar companies and make sure that people get the information that local news uniquely provides,” he said. It is important for policymakers to remember that content is expensive and that is paid for through advertising and retransmission consent.

With regard to public safety, Smith said that when “disaster strikes,” no other segment of the media industry matches the commitment of broadcasters. They will continue to be there for their communities and make sure that people obtain the “most trustworthy” and “most timely” information.