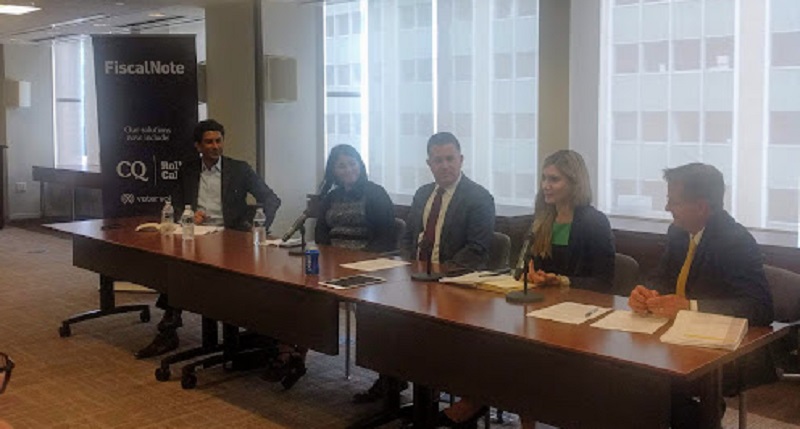 At FiscalNote’s Privacy and Antitrust luncheon on Thursday, two major privacy bills were on the table: the European Union General Data Protection Regulation and the California Consumer Privacy Act.

Policymakers need to differentiate between business and consumer data to see if they require the same amount of regulation.

In the EU, thousands of GDPR violation complaints have been recorded so far. Reflecting on the GDPR’s drawbacks will be beneficial when improving privacy regulations in the U.S.

While U.S.-based companies have already been adhering to the EU’s GDPR rules for more than a year, the CCPA doesn’t takes effect until January 2020.

Then, however, it will likely become the “law of the land” all over the United States, said Jonathan Becker, shareholder at Greenberg Taurig.

The California legislation’s implementation date could serve as a trigger for Congress, which has been closely scrutinizing the impact GDPR has had, he said.

Significant cyber security weaknesses and lack of data security in U.S. agencies makes it harder to pass privacy legislation, said Jamie Danker, director of privacy at Easy Dynamics. Agencies and private companies also must grapple with the issue of how to define personally identifiable information.

The U.S. has specific antitrust terms tied to a complex economic analysis of monopolies. “Being a big company in this country is not inherently bad,” she said. The problem is that some entities are looking to loosen antitrust and privacy restrictions.

Yet Becker advised against going after big data for political purposes, which often seems to be the case. Policymakers should acknowledge and understand that companies use aggregated data in different ways, he said.