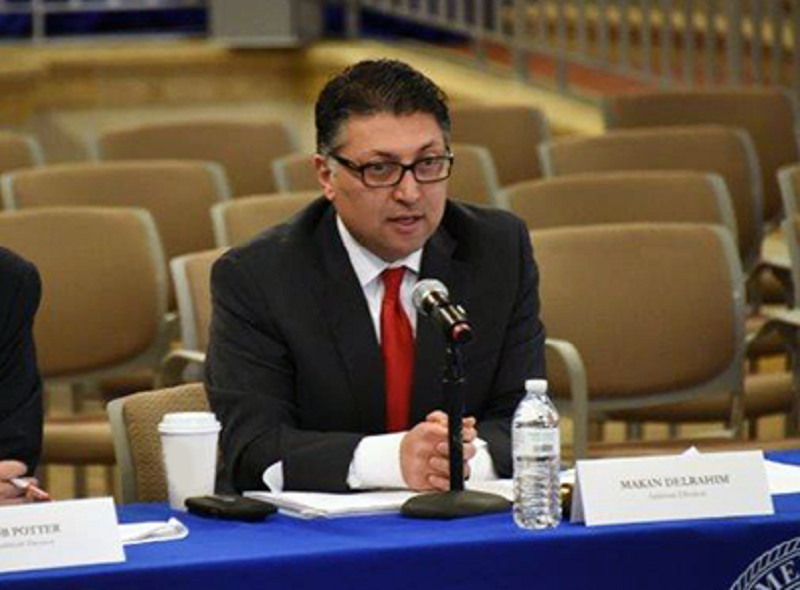 The Department of Justice announced Friday that it and the Attorneys General for five states reached a settlement with T-Mobile and Sprint regarding their proposed merger. The settlement requires a substantial divestiture package in order to enable a viable facilities-based competitor to enter the market.  Further, the settlement will facilitate the expeditious deployment of multiple high-quality 5G networks for the benefit of American consumers and entrepreneurs.

Additionally, T-Mobile and Sprint must make available to Dish at least 20,000 cell sites and hundreds of retail locations.  T-Mobile must provide Dish with robust access to the T-Mobile network for a period of seven years while Dish builds out its own 5G network.

“With this merger and accompanying divestiture, we are expanding output significantly by ensuring that large amounts of currently unused or underused spectrum are made available to American consumers in the form of high quality 5G networks,” said Makan Delrahim, assistant attorney general of the Justice Department’s Antitrust Division.

The Department and the Plaintiff States said that, without the divestiture, the proposed acquisition would eliminate two out of the four suppliers of nationwide mobile wireless services. The combination of T-Mobile and Sprint would eliminate head-to-head competition between the companies, threatening the benefits that customers have received from that competition in the form of lower prices and better service.

DISH Network on Friday confirmed that it will enter the U.S. wireless market as the fourth nationwide facilities-based network competitor, confirming previous reports. Additionally, DISH has committed to the Federal Communications Commission that DISH will deploy a facilities-based 5G broadband network capable of serving 70 percent of the U.S. population by June 2023.

“These developments are the fulfillment of more than two decades’ worth of work and more than $21 billion in spectrum investments intended to transform DISH into a connectivity company,” said DISH Co-Founder and Chairman Charlie Ergen, “taken together, these opportunities will set the stage for our entry as the nation’s fourth facilities-based wireless competitor and accelerate our work to launch the country’s first standalone 5G broadband network.”

Following completion of the T-Mobile-Sprint merger, DISH will acquire 14 MHz of Sprint’s nationwide 800 MHz spectrum, as well as Sprint’s prepaid businesses and customers. DISH will have seven-year access to the New T-Mobile network, which includes the ability to serve DISH customers seamlessly between T-Mobile’s nationwide network and DISH’s new independent 5G broadband network.

DISH is also set to purchase Sprint’s nationwide 800 MHz wireless spectrum for $3.6 billion. The spectrum purchase is expected to be completed three years after the closing of the acquisition of the prepaid businesses.

The Guardian reports that Apple contractors regularly hear people’s confidential details through the company’s Siri voice assistant. A small proportion of Siri recordings are passed on to contractors working for the company around the world, who are tasked with providing quality control on Siri’s responses.

Apple told the Guardian that Siri responses are “analyzed in secure facilities and all reviewers are under the obligation to adhere to Apple’s strict confidentiality requirements.” However, Apple does not explicitly disclose this information in its consumer-facing privacy documentation.

The contractor also highlighted the Apple Watch and the company’s HomePod smart speaker as the most frequent sources of mistaken recordings.

“The watch can record some snippets that will be 30 seconds – not that long but you can gather a good idea of what’s going on,” they said.