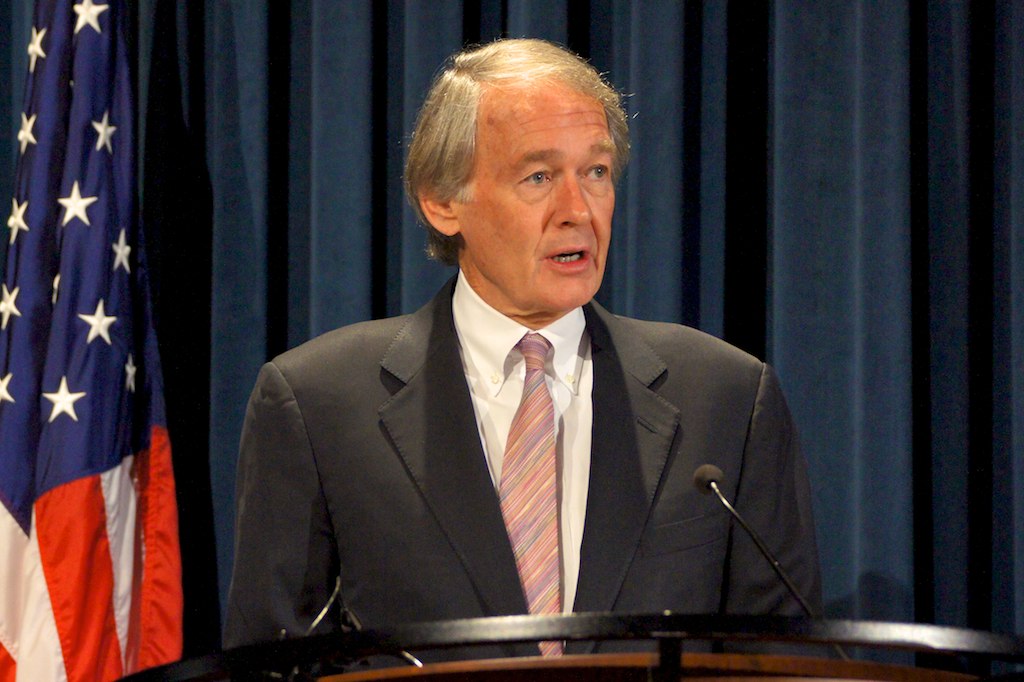 Sen. Edward Markey, D-Mass., announced on Tuesday four new endorsements for the Children and Media Research Advancement Act. This legislation would authorize the National Institute of Health to lead a research program on technology and media’s effects on infants, children, and adolescents.

“The lack of understanding around kids’ tech use and media consumption has reached a crisis point,” said Markey, “I commend and thank Microsoft, Ion Media, Lego, and Litton Entertainment for joining the diverse chorus of support the CAMRA Act, which will help parents and policymakers alike understand the cognitive, physical, and socio-emotional impacts of technology on kids.”

“As digital and physical play become more integrated, we need independent scientific research to understand the impacts of technology and digital engagement on children’s cognitive, physical and socio-emotional development,” said Jennifer DuBuisson, senior director of government and public affairs at the LEGO Group.

“Our endorsement of CAMRA is consistent with our mission to provide a safe and educational viewing destination for children,” said Brandon Burgess, chairman and CEO of ION Media Networks.

Sens. Ron Wyden, D-Ore., and John Hoeven, R-N.D., led a bipartisan coalition of senators on Tuesday urging the delay of the Federal Communications Commission’s order to reform the Rural Health Care Program. In their letter to FCC Chairman Ajit Pai, the senators highlighted unaddressed obstacles that could effectively limit rural Americans’ access to high-quality health care by preventing health care providers from participating in the program.

“Given the importance of this program to the nation’s rural and underserved populations and the public interest in a fair and expedient application and review process, we urge you to postpone a decision on the proposed Report and Order so that rural health care practitioners and broadband providers can work with you to address these concerns and allow the program to succeed to its full potential,” the senators wrote.

The FCC is set to discuss the proposed RHC Program report and order at its Open Commission Meeting on August 1.

The Schools, Health and Libraries Broadband Coalition said on Monday that it opposes placement of an overall cap on the Universal Service Fund programs. Comments from the coalition emphasize that the E-rate, Rural Health Care, Connect America Fund, and Lifeline programs work in tandem to address different aspects of the digital divide and should not have to compete with one another for funding.

Though proponents of the cap deny it would create a “universal service hunger games,” the Federal Communication Commission’s Notice of Proposed Rulemaking specifically states that it “seeks to promote a robust debate on the relative effectiveness of the programs.”

Furthermore, SHLB Coalition said that an overall USF cap would directly disobey Section 254 of the Telecommunications Act of 1996, which states that funding for these programs should be “specific, predictable, and sufficient.”

“Imposing an arbitrary and capricious funding cap on the entire Universal Service Fund is a distraction from what should be the FCC’s principal mission – closing the digital divide and promoting broadband access for all Americans,” said John Windhausen Jr., executive director of the SHLB Coalition.

Sen. Josh Hawley Speaks to the Snapchat Generation, Babysitting Them With 30 Minutes a Day on Social Media