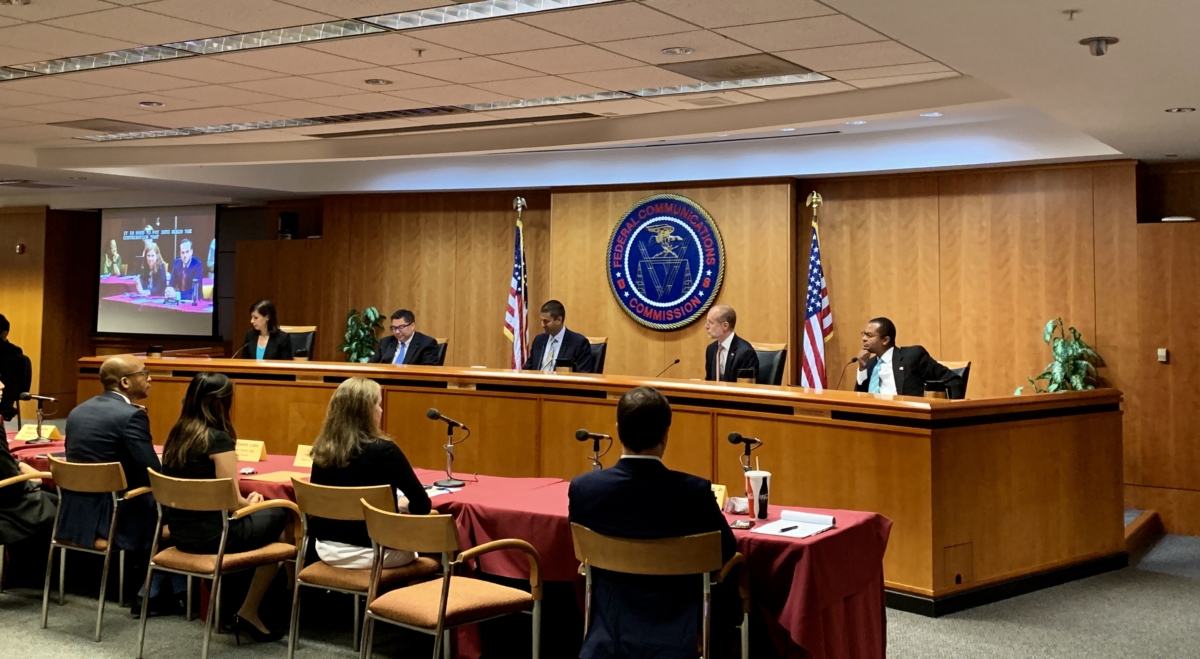 WASHINGTON, July 11, 2019 — Ignoring recommendations from the Department of Education, several members of Congress, and various broadband advocates, the Federal Communications Commission voted 3-2 on Wednesday to hold commercial auctions for unused portions of the 2.5 Gigahertz spectrum band.

The decision removes the educational use requirement for the band and fails to provide educational institutions with a priority filing window.

Voqal, a national collaboration of educational broadband service licensees, called the decision “a short-sighted move that wastes a valuable resource and forecloses a rare opportunity to quickly support rural educators and communities starved for broadband access.”

“Today’s vote doubles down on the same auction-driven spectrum policies that have left rural America unserved and low-income students forced to do their homework on Wi-Fi in McDonald’s parking lots,” said John Schwartz, Voqal’s president and founder. “Instead of updating EBS and expanding on the strong track record of licensees[…], the Commission has voted to commercialize a vital public asset.”

FCC Chairman Ajit Pai argued that the educational use requirements were “burdensome restrictions” and claimed that eliminating them would “ensure that this public resource is finally devoted to its highest-valued use”—namely, commercial 5G development.

Moreover, educational institutions that have actually taken advantage of EBS licensing are “few and far between,” said Commissioner Michael O’Rielly. Many of the organizations that have been granted EBS licenses are “using this valuable public spectrum for activities far removed from kids and schools,” added Commissioner Brendan Carr.

One such activity that has come under fire is the practice of leasing out spectrum to commercial entities instead of utilizing it for explicitly educational purposes. However, many of the educational institutions who choose to lease their spectrum do so in order to utilize the revenue for other educational purposes, a practice that was encouraged by the Reagan-era FCC.

“There’s no question that the EBS program has its flaws and that it doesn’t look quite the way it was envisioned all those years ago,” said Commissioner Geoffrey Starks. “But rather than embracing the positive aspects of the program and improving upon it, we instead set up a regulatory framework that may lead to its ultimate demise.”

Criticism of EBS underutilization fails to acknowledge the FCC’s role in the problem, Starks continued. It has been almost a quarter century since institutions have even been able to apply for EBS licensees, due to a supposedly temporary freeze the instituted by the FCC in 1995.

The FCC is taking spectrum “out of the hands of rural communities to satisfy the demands of big wireless carriers that have no interest in serving rural America,” said Harold Feld, senior vice president of Public Knowledge. “Once again, this FCC’s disdain for would-be providers unable to pay hundreds of millions of dollars for wireless licenses widens the digital divide. Once again, Commissioners grandstanding for the press on the ‘race for 5G’ means leaving tens of millions of rural Americans further behind.”

Commissioner Jessica Rosenworcel said that the overlay auction “structurally advantages a single nationwide carrier.” According to Voqal, there is an “an abundance of evidence showing that commercial carriers have failed to build out wireless networks in rural communities.”

Starks also expressed “grave concerns” that educators and small wireless broadband providers would be unable to compete in the auction because the chunks of spectrum are too large.

While some are criticizing the proposal for being too inaccessible for small providers, others criticize it for failing to solve the need for mid-band spectrum because large carriers aren’t showing enough interest, said Pai, noting that dividing up the band is an inherently controversial task. But he remained confident, saying that his agency “found the exact approach that is needed.”