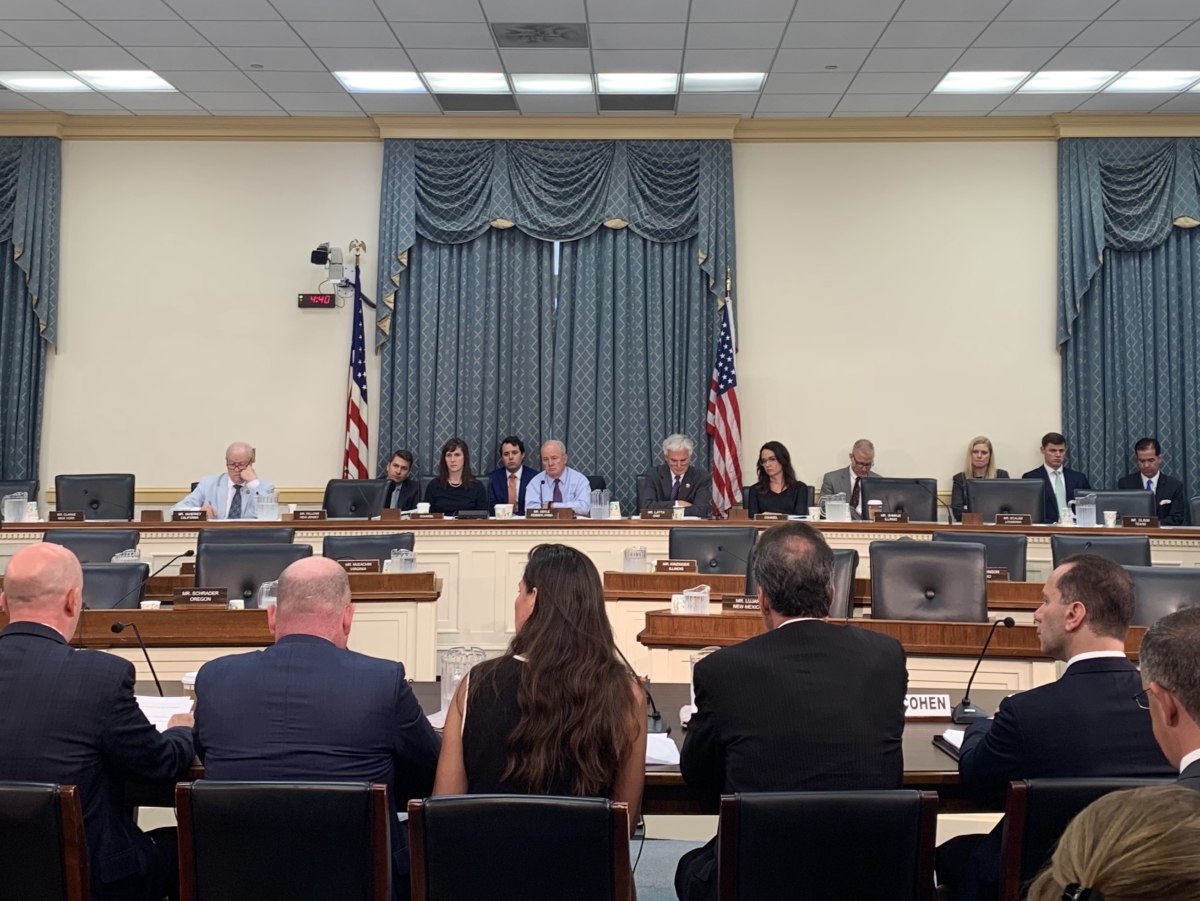 WASHINGTON, July 16, 2019 — Differences between the Federal Communications Commission and the Commerce Department’s National Telecommunications and Information Administration have gotten to the point that Congress may need to get more involved in the spectrum allocation process, legislators said Tuesday at a House subcommittee hearing.

“The Trump FCC goes one way, the Commerce Department and NTIA go another,” Pallone said. “Then you have other departments throughout the federal government, like the Departments of Transportation, Education, and Defense voicing their own opinions about how spectrum should be used.”

Pallone continued to assert that the lack of interagency coordination has affected a “mind-numbing” number of important spectrum bands. “In my opinion, the process has completely broken down,” he said.

“It’s concerning when cabinet officials are publicly fighting with the FCC over spectrum policy,” agreed Communications and Technology Subcommittee Chairman Michael Doyle, D-Pennsylvania. “I’m deeply concerned that this process has broken down and that American people will be the ones to suffer.”

Spectrum should be “carefully and deliberately” managed just like any other natural resource, said Pallone, and doing so correctly has great potential to “meaningfully improve the lives of Americans” by improving rural online education, remote telehealth services, and competition from small businesses.

“It’s clear that Congress must legislate to resolve these concerns and provide the greatest benefit to consumers,” Pallone said.

Derek Khlopin, senior policy advisor at the National Telecommunications and Information Administration, said that his agency plans to work closely with federal partners and technology industries “to ensure that the U.S. leads the world in effectively and efficiently putting to use this critical, limited resource that drives our economic activity and helps protect the safety and security of all Americans.”

“To meet current demand and enable future needs we need a national spectrum policy that incentivizes innovation and provides opportunities for new technologies and new entrants,” said Doyle. “The challenge we face today is just how constrained our spectrum resources are.”

It was a “tough decision,” but the agency hoped that greater flexibility would incentivize investment in rural areas, said Julius Knapp, chief of the office of engineering and technology at the FCC.

Recent concerns over the 24 GHz band were also addressed at the hearing. Following a licensing auction in March, the National Oceanic and Atmospheric Administration and the National Aeronautics and Space Administration claimed that the commercial use of this band would significantly reduce the accuracy of weather forecasts, a claim that FCC Chairman Ajit Pai has emphatically denied.

Sen. Greg Walden, R-Ore., called for the study from NOAA and NASA to be made publicly available. “We can only effectively figure this out if we have access to the information,” he said.

The FCC had “a number of concerns” about NOAA and NASA’s study, said Knapp, asserting that the use of recently auctioned spectrum can peacefully coexist with weather-sensing capabilities now and in the future.

Each study that has been done on interference in the 24 GHz band has arrived at a different proposed limit, Knapp added, and the FCC is trying to find a balance that avoids protections so stringent that thousands of megahertz of spectrum are left on the table.