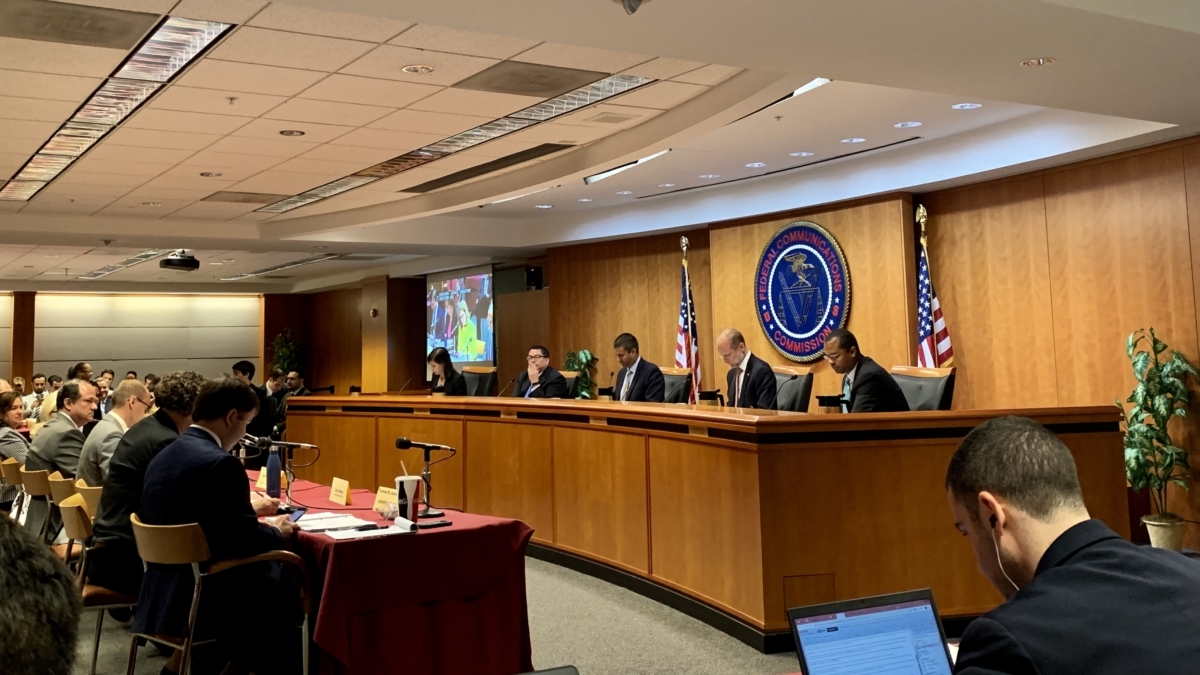 WASHINGTON, June 17, 2019 — Among the items passed unanimously at the Federal Communications Commission July 10 meeting was the creation of a three-year, $100 million pilot program to support the delivery of telehealth services to rural and low-income Americans.

“From chronic disease management to pediatric cardiology, from PTSD to opioid dependency, this pilot has the potential to make a real difference for low-income individuals that currently lack access to quality health care,” said Commissioner Brendan Carr, a Republican, who helped champion the initiative.

The Connected Care Services program should include providing care and support to those suffering from mental illnesses, especially children, said Commissioner Geoffrey Starks, a Democrat.

Direct online connections could enable practicing child psychiatrists to be more readily available to see patients when emergencies arise. They would also allow for recurring visits as part of a long-term treatment plan.

The United States is “facing a critical shortage of child psychiatrists,” Starks said, and this problem has the potential to leave a long-lasting negative effect on the country unless it is addressed with tools such as telehealth services.

The program could also be an important step to solving the maternal mortality crisis, said Democratic Commissioner Jessica Rosenworcel, pointing out that the U.S. is the most dangerous place to give birth in the developed world, especially for women of color and those living in rural areas.

Consistent monitoring is key for those with dangerous pregnancy-related conditions such as pre-eclampsia, but for those in isolated rural areas, it can be extremely difficult, expensive, and time consuming to get to health care providers with any degree of frequency.

Telehealth services could potentially solve this problem. If patients were given blood pressure cuffs, scales, pulse oximeters, and other tools, their conditions could be remotely monitored. But if they lack home access to high-speed broadband, this won’t work.

Broadband problems are preventing us from solving healthcare problems, said Rosenworcel, urging the agency to adopt clear and specific goals for the pilot program with maternal mortality “front and center.”

“The FCC is correct to acknowledge that even though telemedicine can help make health care more accessible, the lack of affordable, robust, or reliable broadband access often means patients cannot take advantage of the benefits of telehealth services, said Phillip Berenbroick, senior policy council at Public Knowledge. “Importantly, this NPRM makes clear that the sky-high price of broadband not only impacts consumers’ wallets and takes a toll on their access to vital health information, but also imposes costs on their health.”

Telemedicine is not the only area that would benefit from lowering the cost of broadband access, added Berenbroick, pointing out that making broadband more affordable would increase “economic participation, access to education, and civic engagement.”

According to the FCC’s own data, U.S. consumers pay some of the highest prices for fixed and mobile broadband in the developed world.

Although the plan carries significant potential benefits, it comes at a hefty cost. The $100 million pilot would supposedly be funded by the Universal Service Fund, but the FCC has not yet proposed including it in within any of the four existing USF programs.

As the FCC has started to fine-tune the program in the days following the vote, they are looking into the option of funding the pilot program separately from USF so as not to impact the high cost, low income, rural health care, or schools and libraries support mechanisms.