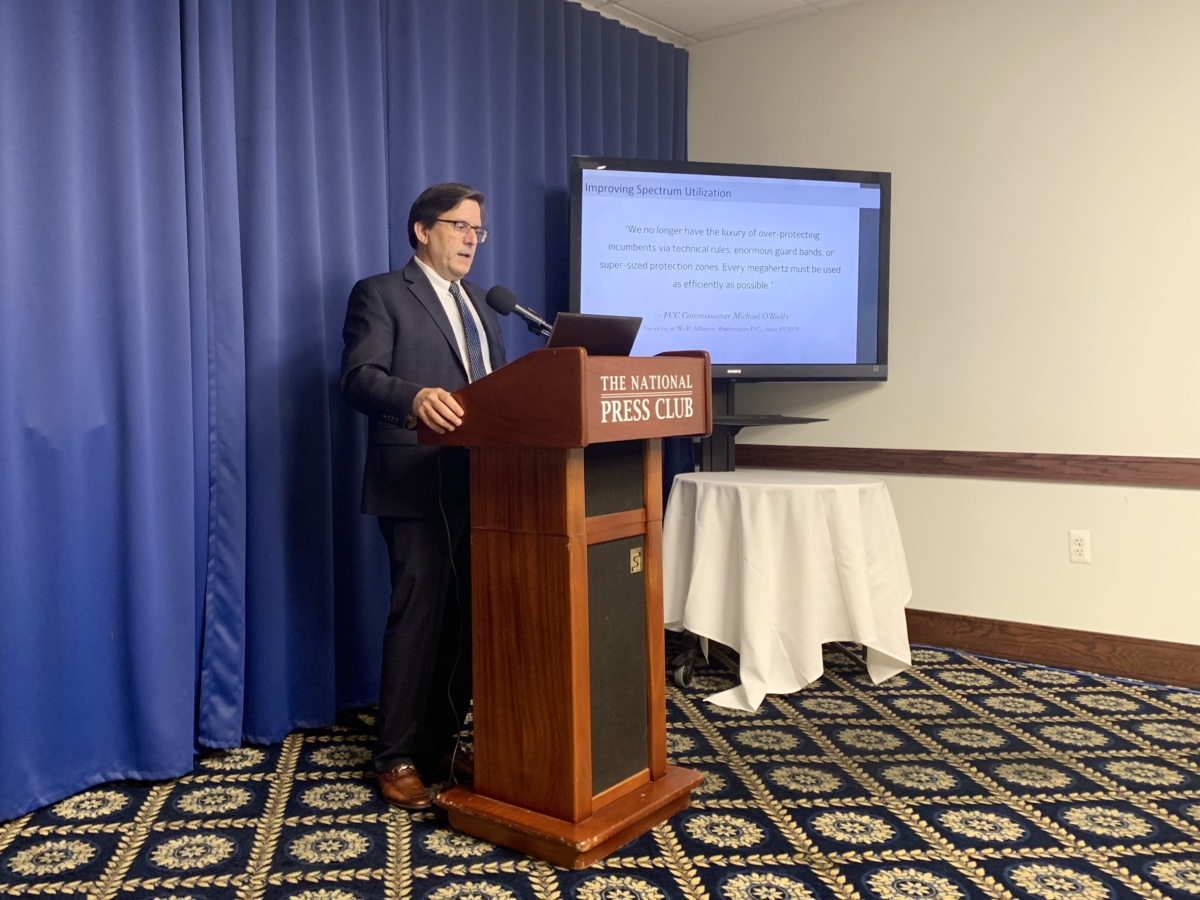 WASHINGTON, July 2, 2019 — About 80 million Americans in unserved or underserved locations could receive gigabit broadband access through spectrum sharing without harming existing operations, according to research conducted by Jeffrey Reed, Professor of Electrical and Computer Engineering at Virginia Tech.

Reed presented a summary of the study results at a press event on Tuesday sponsored by the Wireless Internet Service Providers Association, prior to filing them to the Federal Communications Commission C-band docket.

The FCC is currently looking at changing or expanding the use of the 3.7 to 4.2 GigaHertz satellite downlink band. There has been significant debate over the portion of the band that would potentially be cleared and made available at auction. But less attention has been given to the remaining uncleared portion, which will house remaining satellite operations.

Without harming these operations, technologists claim, this same portion of the band could be used to provide multi-hundred-megabit broadband service over fixed wireless access links.

According to Reed’s study, which was sponsored by WISPA, Microsoft and Google, exclusion zones of about 10 kilometers are sufficient to protect fixed-satellite service earth stations from harmful interference caused by co-channel point-to-multipoint broadband systems.

These so-called “P2MP” systems operating outside of the exclusion zones could provide gigabit broadband access to 80 million Americans, particularly in rural areas, the advocates said.

Repacking the C-band will not affect these results because they assume co-channel sharing with all 18,000 registered earth stations. The only criterion that matters is the location of the earth stations, and the P2MP systems can be carefully and deliberately designed around them.

Many other plans have been proposed for the use of this valuable C-band spectrum. On Tuesday, entities representing incumbent and prospective users of the C-band spectrum submitted a proposal to the FCC asking for increased spectrum to be reallocated for 5G services.

That proposal will require physical re-farming of earth station facilities, taking a significant amount of time, said Clegg. By contrast, the spectrum sharing plan will provide benefits to as many people as possible, as quickly as possible.

Aiken pointed out that these proposals are not necessarily mutually exclusive. A sharing component with sufficient spectrum to ensure robust rural broadband service can and should be a part of any final proposal from the FCC, he said.

In closing, Clegg quoted FCC Commissioner Michael O’Rielly: “We no longer have the luxury of over-protecting incumbents via technical rules, enormous guard bands, or super-sized protection zones. Every megahertz mused be used as efficiently as possible.”