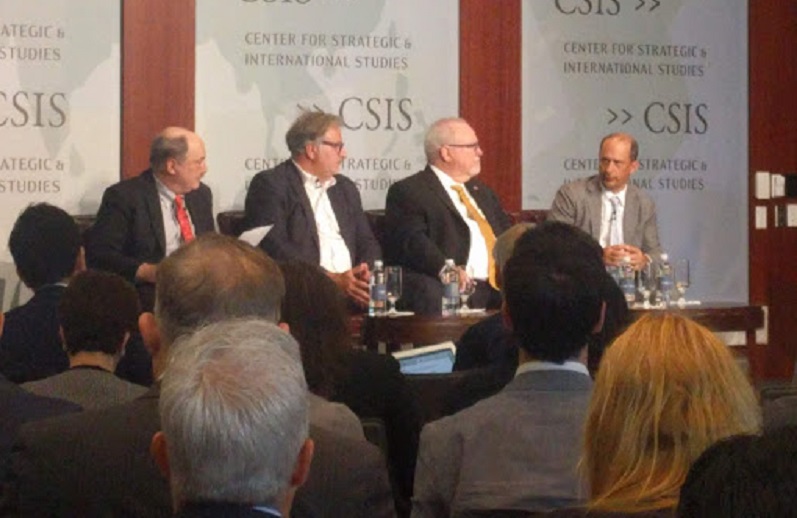 WASHINGTON, July 11, 2019 – Going forward, technology innovators need to understand exactly what core technologies exist in the U.S, and which ones China both possesses and needs, said Robert Atkinson, president of the Information Technology and Innovation Foundation, speaking at a Wednesday event at the Center for Strategic and International Studies event on 5G wireless security.

For example, Atkinson said that the recent ban of equipment from Chinese telecommunications equipment giant Huawei was not about securing 5G networks, but about inflicting pain on the Chinese government so that we could bring them to the bargaining table on a variety of trade issues.And with growing concern about the role of foreign technology embedded within the “supply chain” of America’s 5G wireless networks, the U.S. needs to cooperate as much as possible with foreign companies, said Travis Russell, director of cybersecurity at Oracle, at the CSIS event.

Cybersecurity is going to be a major area of concern with future 5G development, said Thierry Maupilé, executive vice president at Altiostar Networks Inc. “Open and secure usually don’t go together,” he said. However, moving to a more “open architecture” of supply chains will help operators gain more control over their networks and increase transparency.

5G will be a “step forward” in security, said Chris Boyer, assistant vice president of global public policy at AT&T, and that is why we need to have more discussions around the world about this emerging technology. The discussions need to focus on what is broadly happening in the industry, rather than what the major players have to say, he said.

Currently 5G is shifting towards a direction where there appears to be only one main supplier in the development space, said Russell. That is the largest security concern that will adversely affect us globally, he said.

“I don’t see foreign technology in the specifications for 5G,” he said, “so I think it’s misleading to say we are ‘behind’ on 5G in the US.” Moreover, specifications haven’t yet been developed for a stand-alone 5G network.

More provider options are imperative, as Huawei is one of the leading providers of equipment for radio access networks. “You can’t fundamentally have untrusted equipment in an otherwise trusted network, that is just not possible,” Boyer said.

It is critical that the U.S. accelerate the adoption of connectivity and broadband. Foreign participation in innovation is “mandatory,” in order to provide the best solution, said Maupilé.

For the first time, 32 countries have come together to discuss the principles of procurement for 5G, said Russell.

There is also the question of whether setting universal standards for 5G is enough when dealing with U.S and China relations. The Chinese government uses technology to abuse privacy and human rights, said Thea Lee, president of the Economy Policy Institute at an Information Technology and Innovation Foundation panel on Wednesday.

A “rules-based” system is ineffective if multi-national corporations based in China flouts these rules, she said.

It’s difficult to prevent knowledge pertaining to national security from being transferred, said Dean Baker, co-founder of the Center for Economic and Policy Research. Yet we need open technology “in as many different arrays as possible,” he said.