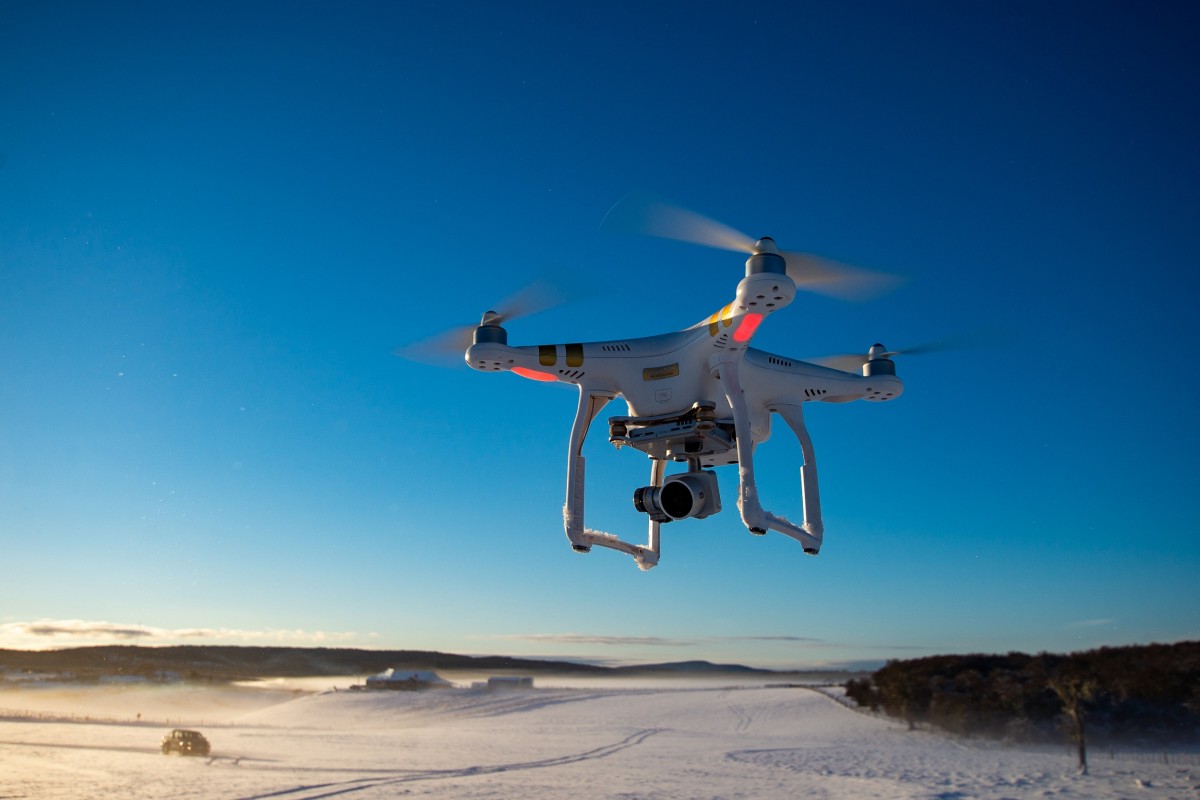 Current federal regulations are written with the assumption that a pilot is operating the aircraft, said David Russell, program analyst at the Unmanned Aircraft System Integration Office, an arm of the Federal Aviation Administration. The a webinar was hosted by the Association for Unmanned Vehicle Systems International.

The 2018 FAA Reauthorization Act reiterated Congress’ interest in national airspace safety, he said. Under Part 107 of the Code of Federal Regulations for unmanned flights, aircraft weighing less than 55 pounds is allowed for “limited recreational operations.” These small UAS aircrafts also do not require any certifications for use.

Furthermore, the Reauthorization Act gives the FAA full authority over all UAS operating in national airspace. The FAA is also in the process of developing UAS knowledge and safety tests as well as establishing a list of “fixed site” model flying locations.

Ben Snyder, director of business and development at Consortia, presented an outline for a UAS operations manual. The ideal manual, he said, would result in safe, standardized and auditable operations across business units and regions.

Despite the safety precautions employed with noncommercial unmanned aircraft, it is unlikely that drones will be used for personal delivery in the foreseeable future, panelists said.

Aron Solomon: The New Horizon of Drones and Your Privacy

We have yet to wrap our minds around the impact of drones in our own lives and in society. 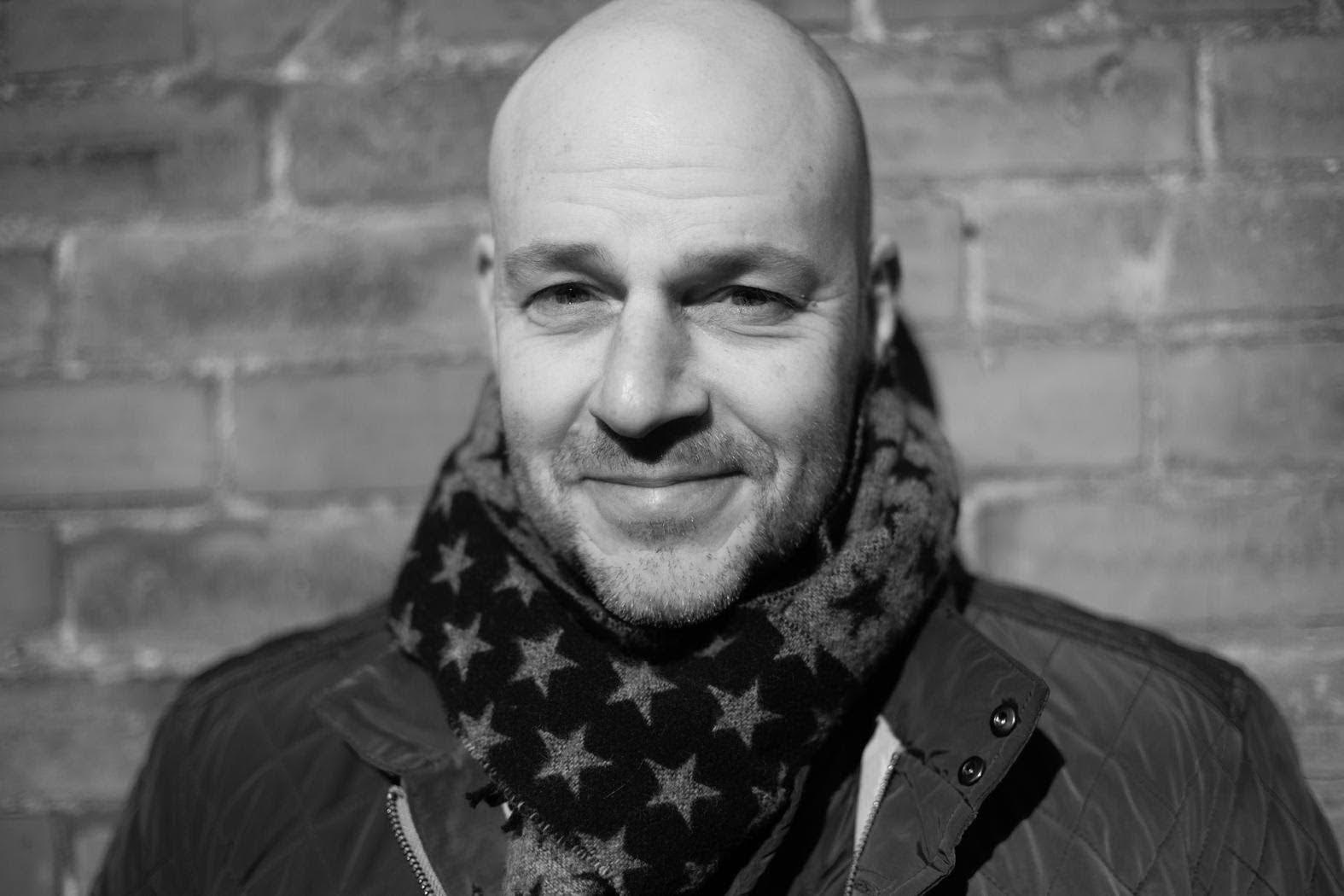 The author of this Expert Opinion is Aron Solomon, head of digital strategy for Esquire Digital

While so many more of us understand what a drone is today than we did even two years ago, we have yet to wrap our collective minds around the impact of drones in our own lives and the inner workings of our society. Like everything else that’s new and odd for us to see, yet then becomes commonplace, there’s going to be a massive drone adjustment period for people and we may be in it now.

For those of you who might be living on a remote island – wait, there are even drone-flying YouTube celebrities there. Okay, for any of you who actually don’t know what a drone is and can do, a drone is also known as a UAV or unmanned aerial vehicle. While drones themselves are obviously a technology, what is important about them are the other technologies a drone can house.

A drone can have GPS, lasers and many other technologies that are controlled by a user or users on the ground through ground control systems (GSC). In short, a drone can pack whatever the latest technology is. Think of James Bond’s spy shoes, except they fly, look cooler than a pair of brogues, and can easily surveil or even kill you.

Drone usage started small and is getting big. Back in 2016, there were bold predictions that drone usage would triple by 2020. The reality has exceeded that number. A report from June shows that the commercial drone market is growing fairly rapidly with no signs it will slow down:

“The drone manufacturing industry is maturing – and so are drone customers.  As the capabilities of drones increase, they are used for more sophisticated and specific applications.”

While almost anyone could buy and fly a drone a few short years ago (obviously not very close to an airport or a takeoff or landing path) there are a lot more rules today than there ever have been:

Tim George, an Erie, Pennsylvania lawyer, cautions us against believing we are still in the Wild, Wild West of drone flight:

“Anyone choosing to operate a drone needs to follow all registration and licensing requirements where they live. It’s important for every drone operator to remember that there might be municipal law they need to follow, as well as state and federal law. Being unaware of applicable drone laws will be no defense to criminal infractions or potential civil claims.”

But how well are people following the law?

Not very, as this iPhone picture I actually took while writing this story highlights. This was taken at the observatory on the top of a mountain in a large North American city, with the premise being that this athlete and his team were using a (pretty intrusive) drone to film him running down a set of stairs. 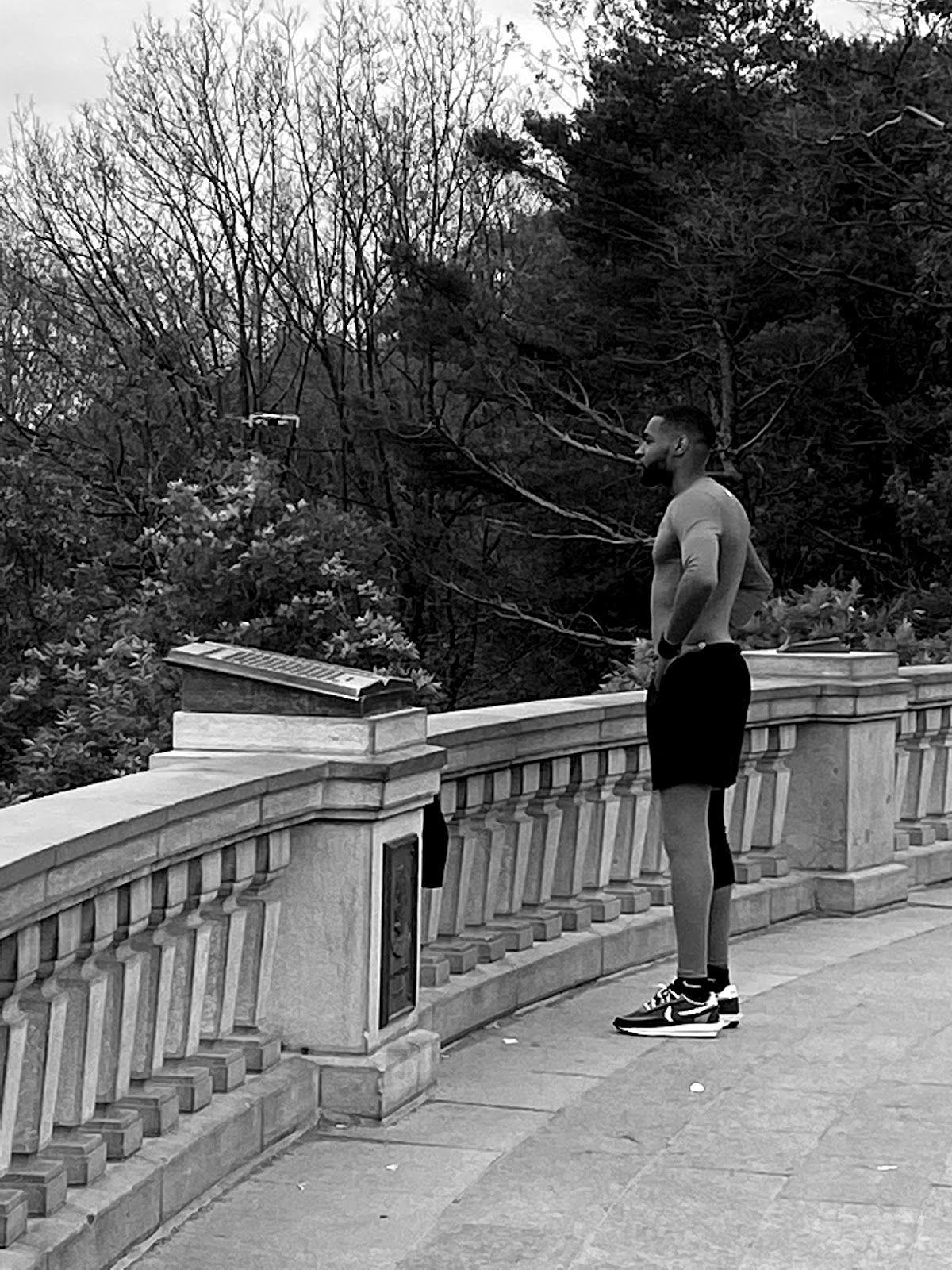 It is worth noting that I had the same permission in taking that picture as did the person in the pic and their team did in capturing my image, as the drone circled above and around me. In other words, absolutely none.

Ricky Leighton, a Maine-based certified drone pilot and video expert, cautions us that this type of poor behavior will lead to together regulation:

“There are two things to consider here. The first is that drone pilots need to closely observe any rules and legislation where they choose to operate their drone. The second is a bit more nuanced in that there has to be common courtesy as to where, when, and how we operate our drones. The less courtesy we give, the stricter the regulations will eventually be.“

And don’t think that drones are or will be limited to consumer use. While relaxing in the park and having someone send their drone to hover ten inches from your face is pretty annoying, more serious drones for enterprise use are dramatically on the rise.

A year ago, Skydio announced that they had raised an additional $100M financing round to continue what many fees is controversial work with governments and private enterprise. More simply put, some fear that this rockstar ex-MIT and GoogleX team are making mass surveillance drones and less than savory deals.

Given that one of their competitors, DJI, owns nearly 80% of the commercial drone market, multiple aggressive startups flush with cash are seeking to shake loose some of that market share as they grow their market cap.

As drones become more prevalent in our daily lives, our initial pushback against them may be dulled by their ubiquity. Like any other new technology, even one that can be pretty scary when we consider all of its dimensions, time usually gets us comfortable with things we expect would always stretch our comfort zone.

Aron Solomon is the head of digital strategy for Esquire Digital and has taught entrepreneurship at McGill University and the University of Pennsylvania. Since earning his law degree, Solomon has spent the last two decades advising law firms and attorneys. He founded LegalX, the world’s first legal technology accelerator and was elected to Fastcase 50, recognizing the world’s leading legal innovators. This piece is exclusive to Broadband Breakfast.

COVID-19 Has Accelerated the Need for Drone Operations 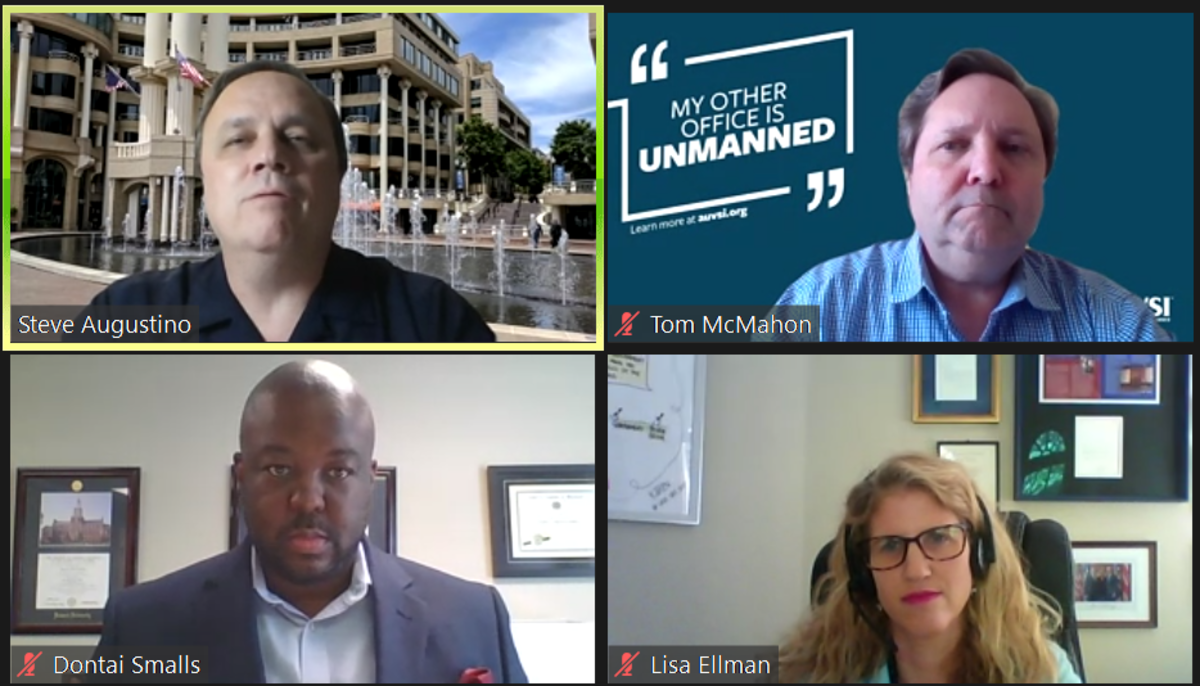 Screenshot of panelists from the webinar, June 15

June 15, 2020 — The COVID-19 pandemic has made the use case of drone delivery services abundantly clear, said Lisa Ellman, founder of the Commercial Drone Alliance, on a FBCA sponsored webinar Monday.

The healthcare industry has been one of the first to utilize commercial drones for better service.

An unexpected effect of the pandemic was the increased public acceptance of delivery drones, said Dontai Smalls, vice president of global public affairs at UPS, adding that a portion of consumers have grown to prefer drone delivery.

Drones have the ability to go places so that people, vulnerable to infection, don’t have to. Commercial drone services have become necessary in delivering critical supplies, like testing kits and prescription medicines.

UPS Flight Forward Inc. received the Federal Aviation Administration’s first and highest-level certificate to operate a drone airline just over a year ago.

The flight was flown under a government exemption allowing for a “beyond visual line of sight” operation.

This exemption was a result of the Integration Pilot Program, which works to enhance community outreach, seeking to bring state, local and tribal governments together with private sector entities to evaluate and accelerate the integration of drone operations.

The stakeholders delivered mutually beneficial regulation recommendations to the FAA.

The members said that they are currently waiting for rulemaking from regulatory bodies to further drone operations.

The FAA is set to enact future regulations, including proposed regulation surrounding night time operations and remote identification, which would require drones to have license plates.

While the agency has proposed the usage of the 6 GigaHertz (GHz) band for commercial drone operations, no spectrum has yet been reallocated for this purpose. Currently, drones operate on unlicensed spectrum.

Smalls said that unlicensed spectrum is a suitable initial solution but called on federal agencies to provide additional spectrum for future operations.

“We need the dedicated resources to make this work and regulations will enable us to do more,” Smalls said.

By the same token, drones will require similar speeds and connectivity of 5G telecommunication services. The current 4G standard allows drones to move, turn, and perform other simple operations. “You don’t need a lot of spectrum” to operate today’s drones, Kuzin conceded.

But 5G technology – and spectrum – will be required to unlock the potential for drones to do things like put out forest fires, track objects of interest, and communicate with other drones. Kuzin argued that the cellular network will provide the best framework for inter-drone communication, and panelists agreed.

Others vented their frustrations with government regulation.

Joe Cramer, director of global spectrum management at Boeing, said that the FAA may be holding back its approval out of a desire to see stronger assurances by industry regarding oversight.

Specifically, he said the FAA wants drone operators to use an “aviation safety spectrum allocation.” This allocation would preserve a small slice of bandwidth for emergency drone operations, such as movement and landing and prevent property from being damaged and lives from being lost.

Cramer said that if the U.S. doesn’t work on securing parts of the 5 GigaHertz (GHz) band of spectrum for unmanned aircraft systems soon, then other countries will launch satellites that take that bandwidth. That would be nearly-impossible to undo.

As Tye said earlier in the panel, ” there’s not a lot of spectrum just layin’ around.”