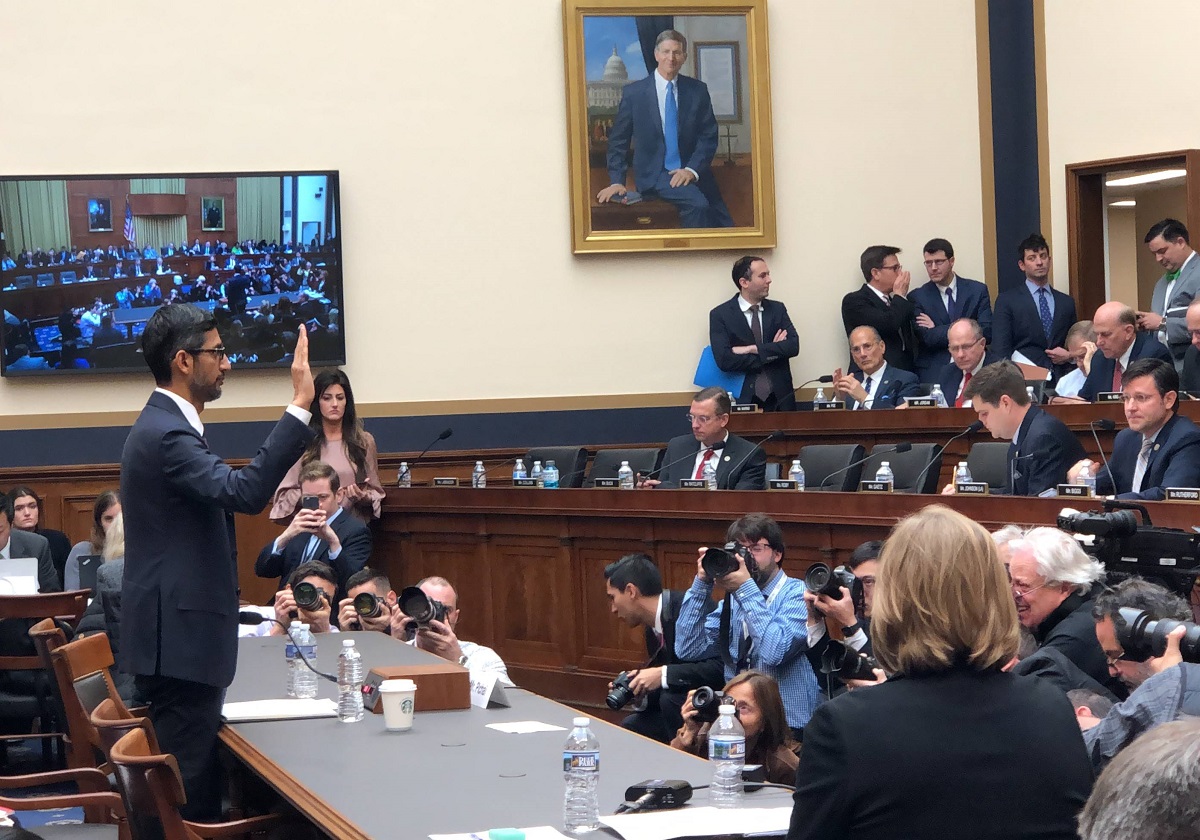 It seems that everyone except California and Alabama wants in on the action, whatever that action is, against Google.

Attorneys general for 48 U.S. states, the District of Columbia and Puerto Rico on Monday announced an antitrust investigation, although not a lawsuit, against search engine giant Google.

Paxton said the probe’s initial focus is online advertising. “They dominate the buyer side, the seller side, the auction side and the video side with YouTube,” he said during a Monday news conference.

“There’s nothing wrong with being a dominant player when it’s done fairly,” said Sean Reyes, the Republican attorney general of Utah. He said there is a “presumption” of innocence in such an investigation but still said there is a “pervasiveness” to complaints about Google’s business practices.

Anodyne commentary emanated from many sources, including at Public Knowledge, where Senior Policy Counsel Charlotte Slaiman said, “It is now clear that a number of states, as well as our two antitrust enforcement agencies, are taking the power of digital platforms seriously.”

“For too long, the substantial and persistent market power of these companies has gone largely unexamined.” She said that antitrust enforcement would make the platforms “more fair and more competitive.”

And yet: “antitrust is only a piece of the puzzle. This is particularly true in digital platforms, which suffer from the lock-in of network effects and other incumbency advantages, making them particularly difficult to fix through antitrust alone.”

We’ll be watching closely to see who and when someone can clearly say what the problem is with Google.

Fact sheet from Next Century Cities on municipal broadband

Next Century Cities released a new fact sheet, “The Opportunity of Municipal Broadband.” The two-page document outlines “the benefits of municipal networks,” highlighting the variety of funding methods used to build networks, including revenue bonds, loans and Tax Increment Financing.

While acknowledging that muni networks “are not a small undertaking,” the summary outlines the benefits obtained by cities from Chattanooga, Tennessee;  to Virginia Beach, Virginia; to Portland, Oregon. In the latter city, the local government “had been paying $1,310 per month per site to a private ISP to connect its schools. The district eventually switched to a publicly owned network, and was able to connect schools to a speed 40 times greater for just $616 per month per site.”

The document also highlighted the role that municipal networks play in providing economic development opportunities, in improving utility efficiency, and in helping promote local success. And it highlights at more than 11 million Americans living in states where municipal networks are restricted by state legislation.

The 9th Annual SHLB AnchorNets Conference takes place in Washington on Wednesday, October 16, to Friday, October 18. The event includes more sessions on E-rate and education than any other event, with sessions on “fiber build or buy,” and whether to “do it yourself” or to “create a cost-effective bandwidth strategy with dark fiber leases.”

The conference will also feature multiple workshops on E-Rate, including cost-modelling and invoicing, a guide to rural anchor institutions, and a how-to-session on responding to Requests for Proposal for RFPs.

Broadband Breakfast is proud to serve as Media Partner sponsor of SHLB’s AnchorNets conference this year.