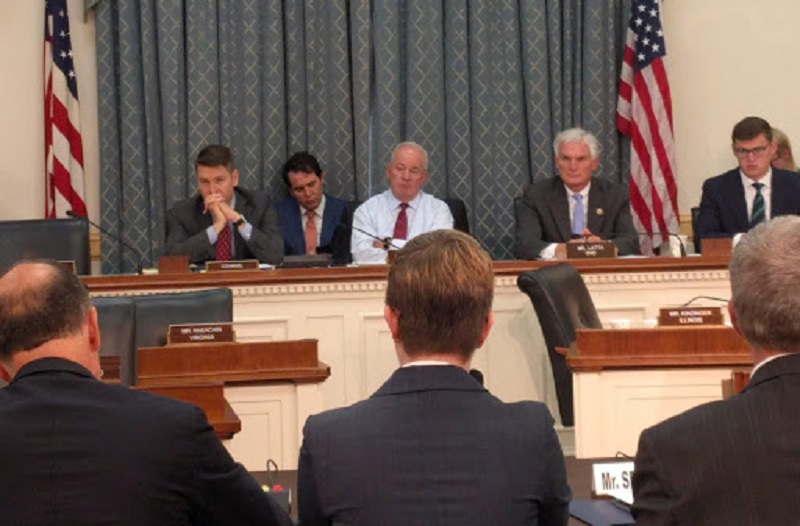 Photo of hearing by Masha Abarinova

WASHINGTON, September 11, 2019 – Given the widespread support for more accurate maps of broadband availability in Congress, lawmakers and telecom experts said Wednesday that the Federal Communication Commission’s mapping structure and reporting mechanism have room for improvement.

“It is not an exaggeration to say this FCC’s terrible broadband data is its Achilles heel,” said House Committee on Energy and Commerce Chairman Frank Pallone, D-N.J., in the opening remarks of Wednesday’s hearing.

He cited information from the advocacy group Free Press to demonstrate that one carrier alone was overstating its deployment by 2.2 million consumers, throwing off the FCC’s entire estimate of unserved Americans.

Republicans largely agreed. Rep. Greg Walden, R-Ore., said that Congress must ensure that the FCC and the Universal Service Program are relying on sufficiently accurate and granular information.

“Granular” and “shape-file mapping” were the buzzwords echoed by the hearing’s witnesses, indicating the urgent need to revamp the current mapping system.

However, she added, granularity is not the same as accuracy. A uniform standard for reporting is necessary to provide more efficient broadband.

The divide extends far beyond unserved communities, said Dana Floberg, policy manager at Free Press Action. Only 22 percent of households with average incomes below $20,000 can subscribe to wired broadband services.

That is why Free Press Action supports the Broadband Data Improvement Act and the Mapping Accuracy Promotion Services Act for more granular coverage, she said.

US Telecom CEO Jonathan Spalter, touted his association’s broadband mapping pilot project, which he said demonstrated that the nation has the skills and ability to quickly and affordably map the gap.

FCC standards are inconsistent with the metrics broadband companies use to analyze service, said Grant Spellmeyer, vice president of federal affairs and public policy at U.S. Cellular. It will take more than $25 billion to achieve universal broadband service.

Serviceable location fabric helps determine where broadband is and where it isn’t, said James Stegeman, president and CEO of CostQuest Associates, which participated in US Telecom’s pilot project. The quality of location serviceable data will be improved regardless of the method that the FCC decides to employ, he said.

Members of Congress speaking at the hearing were concerned about the logistics of developing improved mapping.

According to Spalter, it could take 11 to 15 months to develop the groundwork for a more granular approach.

It’s also important for the public to participate in the process and understand how these maps work, said Spellmeyer.

Consumers on the ground would be able to give feedback on the coverage they’re getting, Bloomfield said. However, they need to first understand how fast their internet speed is.

The proprietary route of collecting data on underserved areas would be quicker and cost less money, said Stegeman. The alternative to that is an open-source data set, which would require a digital verification process.

Billions of dollars have been spent so far by the government and the public, said Rep. Adam Kinzinger, R-Ill., yet we still have an inadequate broadband supply.

Affordability is critical, said Rep. David Loebsack, D-Iowa. This isn’t a rural or urban issue; this is on the national level.

The America people are getting frustrated, said Rep. Bill Johnson, R-Ohio. It’s not that tough, he said, to figure out who has broadband and who doesn’t.

This initiative is about mapping America’s future, said Rep. Anna Eshoo, D-Calif. She said that the country needed to ask itself if this legislation can meet future challenges.

Also weighing in was the Wireless Internet Service Providers Association. “For far too long, policymakers have had only opaque information derived from inaccurate maps to guide where subsidies for broadband should be allocated,” said WISPA Vice President of Government Affairs Christina Mason, in a statement. 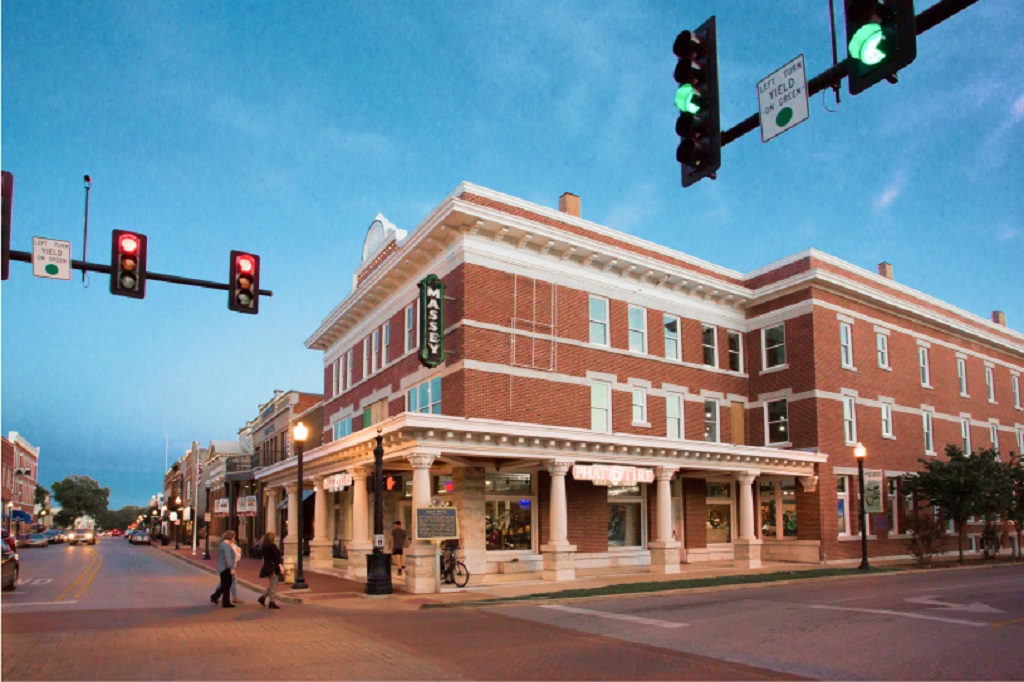 Funds could be allocated to subsidize the cost of internet for students without broadband, hotspot service plans, providing improved public Wi-Fi infrastructure, or otherwise improving existing connectivity, he said. Collaborative efforts between school districts and ISPs have been able to bring the overall cost of broadband down for consumers.

This program would subsidize private efforts by compensating ISPs for the difference between the cost of the project and the price it would take to make the effort profitable for them.

Matt Schmit, director of the Illinois Broadband Office, pointed to “the three legs of the stool” for broadband expansion: Access, adoption, and utilization.

Illinois’ plans and programs were designed with this three-pronged approach in mind, he said, crediting Democratic Gov. J.B. Pritzker for establishing programs prioritizing broadband two years before the rest of the country is now doing.

Two key aspects of Illinois’ efforts are technology neutrality and a focus on scalability. “[We believe in focusing on] investing in an area and making sure that we have the kind of investment, service, and infrastructure that is going to serve [a] community well into the years ahead.”

In terms of prioritizing which communities and regions get service, Illinois considers any area with services less than 25 x 3 Mbps to be unserved, much like the federal government’s current broadband standard.

However, unlike the federal government, Illinois also has a category for what it considers to be underserved, which is any area below 100 x 20 mpbs. He called the state’s approach a compromise between advocates that have called for a broadband standard of 100 x 100 Mbps or even 1 Gigabit per second (Gbps). On the other hand, he said, are voices that argue against “future-proof” technologies, saying that gigabit speeds are gratuitous.

The most challenging aspect of providing service, however, is simply identifying which areas are served, underserved, or lacking coverage completely, he said.

It will only be through conversations with applicants, communities, and providers that enough data is collected to sufficiently serve the state, “We are investing in a community or investing in an area for the long term,” Schmit continued, “Because what we’re going to invest in is fully scalable for the needs, not only today, but for tomorrow.”

Broadband Breakfast briefly breaks down the topics to be discussed at the TPRC conference.

Photo collage of experts from TPRC

WASHINGTON, September 17, 2021 – The TPRC research conference on communication, information, and internet policy is right around the corner and it is set to address some of the most pressing issues facing Big Tech, the telecom industry, and society at large. We cover some topics you can expect to see covered during the conference on September 22 to 24.

If the recent election cycle and the Covid-19 pandemic have taught us anything, it is that the threat of misinformation and disinformation pose a greater threat than most people could have imagined. Many social media platforms have attempted to provide their own unique content moderation solutions to combat such efforts, but thus far, none of these attempts have satisfied consumers or legislators.

While the left criticizes these companies for not going far enough to curtail harmful speech, the right argues the opposite— that social media has gone too far and censored conservative voices.

All this dissent has landed Section 230 of the Communications Decency Act of 1996—once a staple in the digital landscape—in the crosshairs of both Democrats and Republicans, as companies still scramble to strike a compromise to placate both sides of the aisle.

The future of broadband classifications is another topic that will also be touched on during the conference. This topic quickly became relevant at the outset of the pandemic, as people around the country began to attend school and work virtually.

It became immediately clear that for many Americans, our infrastructure was simply insufficient to handle such stresses. Suddenly, legislators were rushing to reclassify broadband. Efforts in Washington, championed primarily by Democrats, called for broadband standards to be raised.

The Federal Communications Commission’s standing definition of 25 Megabits per second (Mbps) download and 3 Mbps upload appeared to become unpopular overnight, as calls for symmetrical service, like 100 x 100 Mbps speeds, and even gigabit speeds became a part of the conversation.

Many experts were quick to strike back, particularly those operating in the wireless community, arguing that the average consumer does not need 100 Mbps symmetrical speeds, let alone one gigabit, and such efforts only amounted to fearmongering that would hurt the deployment of broadband infrastructure to unserved communities.

These experts contend that shifting the standards would diminish the utility and viability of any technology other than fiber, as well as delaying when unserved communities (as they are currently defined) can expect to be served. Broader topics surrounding rural broadband and tech-equity will also be prominently featured—addressing many of the questions raised by Covid-19 across the last year and a half.

Finally, the quest for spectrum will be discussed at the conference.

As ubiquitous 5G technology continues to be promised by many companies in the near future, the hunt is on to secure more bandwidth to allow their devices and services to function. Of course, spectrum is a finite resource, so finding room is not always easy.

Indeed, spectrum sharing efforts have been underway for years, where incumbent users either incentivized or are compelled to make room for others in their band—just like we saw the military in the Citizens Broadband Radio Service band, and more recently between the Department of Defense and Ligado in the L band.

Even though these efforts are ongoing, there is still disagreement in the community about how, if at all, sharing spectrum will impact users in the band. While some argue that spectrum can be shared with little, if any, interference to incumbent services, others firmly reject this stance, maintaining that sharing bandwidth would be catastrophic to the services they provide.

China is also going to be a significant topic at the conference. Due to the competitive nature of the U.S.-China relationship, many regard the race to 5G as a zero-sum game, whereby China’s success is our failure.

Furthermore, security and competition concerns have led the U.S. government to institute a “rip and replace” policy across the country, through which Chinese components—particularly those from companies such as Huawei—are torn out of existing infrastructure and substituted with components from the U.S. or countries we have closer economic ties with. The conference will feature several sessions discussing these topics and more.