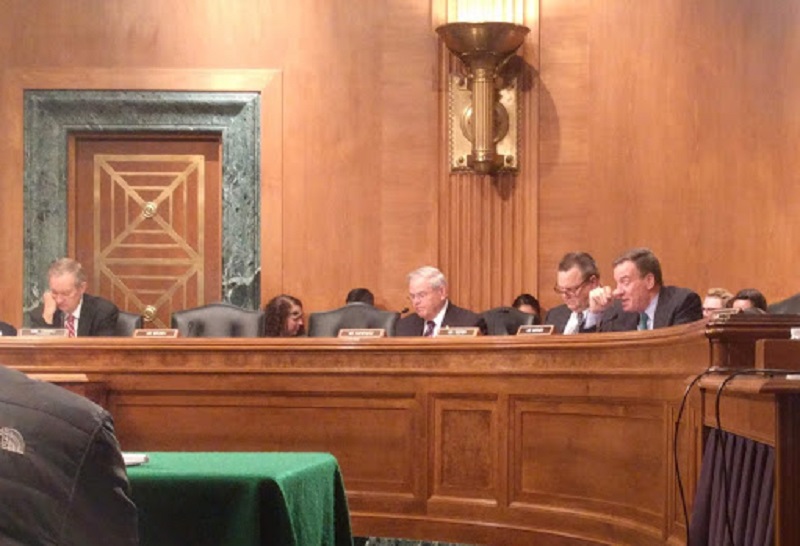 WASHINGTON, October 25, 2019 – A growing bipartisan consensus emerged from a Thursday Senate Banking Committee hearing that technology companies are improperly extracting the bulk of the value of consumers’ online digital data.

Private companies are collecting and analyzing individual data for all kinds of purposes, said Committee Chairman Mike Crapo, R-Idaho., in his opening remarks. More personal information is available to companies than ever before and people have questions about how this data is used.

It’s crucial to identify the concept of data ownership, Crapo continued. Moreover, individuals are concerned with the worth of their data in the marketplace and how they can make use of it themselves.

Individuals should know what information is being collected at the granular level, said Sen. Mark Warner, D-Va. They should know their data’s worth and the contact it has with third parties.

There’s nothing “free” about what companies like Facebook and Google are offering, Warner said. Established companies don’t want more transparency about how data is monetized and whether it differentiates among individuals.

Whether or not data is considered property, said Sen. John Kennedy, R-La., companies are making money off its value. Out of the 95 billion dollars Facebook made last year, he said, most of the revenue came from targeted advertisements.

In response to the committee members’ concerns, the witnesses emphasized the need to address and reform privacy legislation.

Matching privacy law to the European Union’s GDPR is not enough, said Jeffrey Ritter, founding chair at the American Bar Association Committee on Cyberspace Law. The US needs to address and define ownership rights of personal information, so that the rights of data subjects are more readily enforced and commercial innovation built around personal information can thrive.

Privacy legislation needs an affirmative consent-based model allowing users to opt in or out of sharing their data, said Chad Marlow, senior advocacy and policy counsel at American Civil Liberties Union. California and Maine, for example, are states that have taken some steps to advance individual’s control over their personal information.

Treating data as property, Marlow added, would distract policymakers from pursuing meaningful privacy legislation. The private sector entrepreneurs advocating for this model, he said, want to use the government’s power to mandate that the data-selling marketplace is advertised to individuals at the time their information is being collected.

Additionally, he said, financially secure Americans will find it easier to opt out of the data as property model, whereas lower-income individuals may have significantly fewer choices in the matter.

Although data property rights are risky, said Will Rinehart, director of Technology and Innovation Policy at American Action Forum, there will be serious costs involved with any new privacy law, especially with compliance. Regulations will force firms to retool data processes and change the investment dynamics of the affected industries.

Not only is a property right not needed to establish consumer rights, said Rinehart, but it would be economically inefficient to do so.

The American economy has largely forgotten the data user, said Michelle Dennedy, CEO at DrumWave Inc. The greater the data set, she said, the less value individual data has for a company.

Rather than trying to analyze all of a user’s transactions, Dennedy said, the goal should be to identify errant or inaccurate transactions. Perhaps analyzing different aspects of an individual’s online worth, such as copyright, participation or branding can form a new type of privacy right.