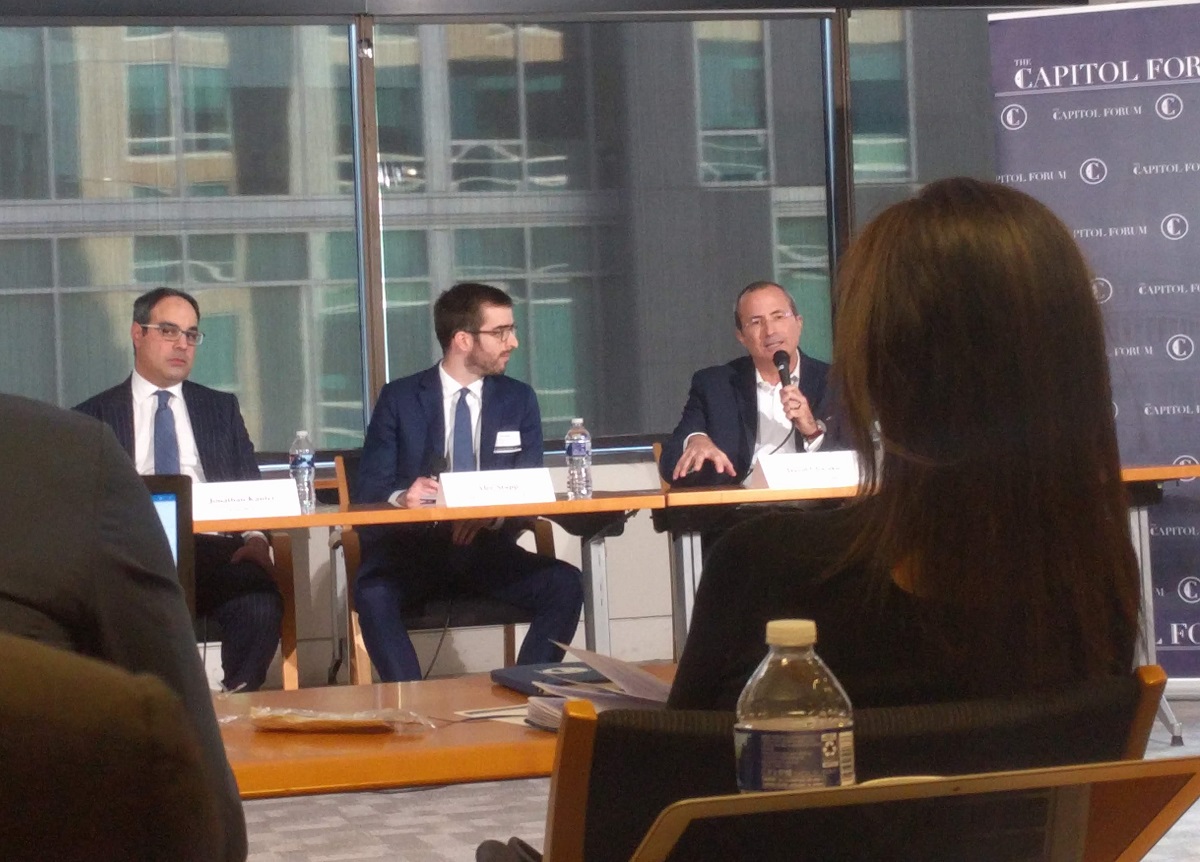 WASHINGTON, December 6, 2019 – Antitrust enforcement must adapt to the changing structures of the media market, according to experts at a Capitol Forum conference Thursday. Economic change, said Jonathan Kanter of Paul, Weiss, has introduced questions about the goals of enforcement as well as how to modernize antitrust policies.

Enforcement involves a combination of keeping prices low and protecting the competitive process, Kanter continued. It’s also unclear whether Congress intended for the scope of antitrust laws to be so narrow, he said.

The specifics of consumer welfare standards were never written into law, Kanter added. It would be helpful for Congress to provide clearer guidance to the courts about enforcement procedures.

Consumer welfare standard and price theory are only some of the layers in the enforcement process, said Alec Stapp from the International Center for Law and Economics. Privacy protection is one aspect of quality control that came with the advent of digital platforms, he said.

Digital content is subsidized by declining print media sales, he said. Although the government cannot regulate the press, big tech platforms such as Google heavily influence the monetization of news and how it is presented to the audience.

Lack of innovation in traditional media, Chavern said, has resulted in fewer news startups as well as a repressed economy. Moreover, the more data a company controls, the more prevalent it is in advertising. Google, he said, ultimately chooses the news for users.

In contrast, Stapp argued that broad technological change has reduced the newspaper industry’s distribution monopoly over the past couple of decades.

News outlets must adapt to innovation in order to stay afloat, he said. Business-model experimentation, such as implementing a paywall for online content, can help these companies diversify their revenue.

Stapp also discouraged news publishers from forming a coalition against Google or other tech conglomerates. Since Google generates the most money off search advertisements, he said, these outlets may lose some of their online traffic.

Withdrawing from Google may also hurt news outlets’ relationship with consumers, Stapp added, because privacy protection laws favor companies that maintain a first-party relationship with its users. The current emphasis on privacy further entrenches Facebook and Google within the media market, he said.

Despite the differences between digital and print media, Kanter said, antitrust enforcement should prioritize market-based solutions over regulations.

Google’s advantage, Kanter noted, is that it has a large amount of information available in one place. New companies entering the market, he said, can make use of that information to overcome entry barriers, as government regulations have their own set of problems.